A file of taxi vehicles is waiting for in front of Portela Airport. Nearly all are of white colour shade. They are empty, awaiting their clients. Who knows Lisbon, so takes the taxi regularly. It is much more cheaper, making comparison with Prague. So, taxi-driver, dressed in unclasped shirt, is driving smoothly ahead his older Mercedes vehicle of beige colour. Car-windows are fully pulled down, owing to high temperatures, reaching 30°C  during summer nights. The vehicle is passing the streets and the driver is listening to the radio. Just now, it is transfer of football match, Benfica Lisbon is playing! Football, it is a sport No. 1 for local people!

The blood is running, but the atmosphere!

Bull struggles are in Portugal social events of No. 1. The arena of 1892 is shaking in its base-lines under effort of persons. Nevertheless, the defenders of animals are protesting in front of the entrance. At the noise, which is typocal for such bull fights, a bull is running into arena. A toreador follows him shortly. Whenever he drives coloured decorated spear into bull´s spine, the persons who see this scene for the first time, they close their eyes, whereas the other ones are applauding loudly. The horses in this circular arena bring their perfect art. They are quickly jumping off bull´s horns, led by their horsemen, doing this operation with such elegance that one´s breath is hold. 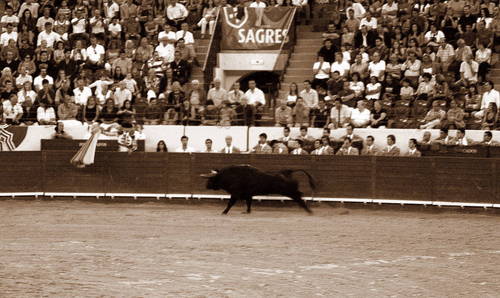 When the bull is hunted down, his life will be finished by means of group of young toreadors. The bull is running against their team. The first of them is gored, in order to overtake the remaining group. So, they try to held him until he is tranquilizing (within scope of possibility). So, shortly afterthat, the bells are ringing and cow herd is running in, in order to lead him away, from arena, later to pasture land, full of sunshine. And consequently, similarly as after skating performance, thanking applause follows for all who fought with a bull. In general, all bulls´ struggles belong to Portuguese temperament, and if you wish to touch their spirit, do not hesitate to follow this spectacle! Nevertheless, you cannot be in a hurry, the performance is starting since eleven p.m. 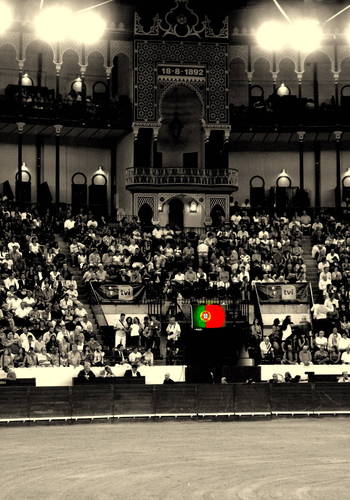 In Ostrrava, you find Stodolní Street, Pilsen is famous for its American Street, anyway, Lisbon has reserved the whole quarter for such parties - it is Bairo Alto. Anyway, before eleven p.m., nobody is going to have a drink there. On the other hand, later, all narrow streets are overcrowded with persons. But, inside, in bars or in pubs, there is nobody to be seen. All, who came to find an entertainment, are sitting outside, or are to be found on pavements. They remain staying at walls of houses. Everywhere you can see empty bottles of various drinks. Except sea salt, you can smell marihuana in the air. Nevertheless, the following day morning you cannot absolutely recognize these streets again. Everywhere it is clean, and respectable paved  footways are even shining. 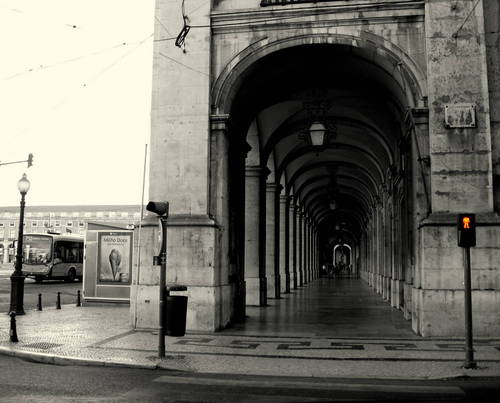 Everything what could be caught  by photo-camera, is smelling

Pasteis de Belem are crusted baskets, filled in vanilla creme inside and a sugar on the surface. This is a cult sweet food for all Portugueses. The confectionery, bakery and coffee in Antiga Confeitaria de Belem is manufacturing it since 1837. Originally, the bakery produced all these sweets for the King and his higher classes. At present, this secret could be enjoyed by everybody. Nevertheless, their recipe is secret, for the eyes only. And when you taste this similarly looking product in another confectionery, you would be probably dissatisfied. Several rooms of this ancient coffee, the walls of which are decorated with white-blue Portuguese  glazed tiles (azulejos) are full of persons till late night hours. Moreover, the bakers are forced to manufacture several thousands of such desires daily, in order to meet requirements of all their customers. 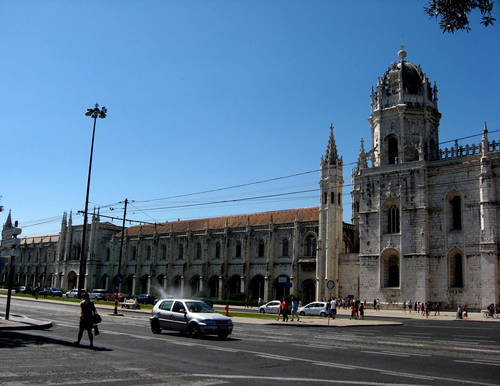 Tram stop, placed just near to tobacconist´s is full of people. Old yellow tram, modified in such way, in order to be sliped through narrow Lisbon streets in the oldest quarter of Alfama, is in delay. It is nothing unusual. The tram was forced to wait for, when somebody leaves his post with the car, in order the way would be free. Nevertheless, the tram is arriving finally, followed with the other and the next carriage. And, frankly speaking, the driver is the only one in this ancient machine, who has more place free for himself. But, later, several passengers have to enter to his cabin, as the other space is completely full. All passengers are trying to make some photos, as it is really a Lisbon speciality. Anyway, it is a big advantage, as all windows of such old tram are still pulled down. So, if here there is missing space. for various parts of body, so  the elbows could find some place there. Nevertheless, the travelling in yellow tram throughout Lisbon narrow streets is really an excellent experience! 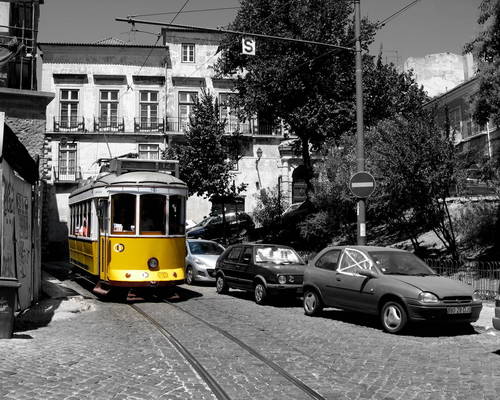