But Lithuanian beaches contain amber that made this part of Europe famous long time ago. Many visitors to Lithuania usually try to buy some jewelry made of honey colored jewel from petrified amber from old trees.
Only few of them know that Lithuania used to be largest European state. Its area stretched from the Baltic to the Black Sea. It was the Lithuanian Grand Princedom. It included the areas of the present Poland, Belorussia, and Ukraine. Paganism was present in Lithuania until the 15th century. Thus, it was often an aim for crusades. The Lithuanian language is an Indo-European language that has ancient phrases. It is together with the Latvian and Prussian in the Baltic languages group and they are close to the Slavic languages. 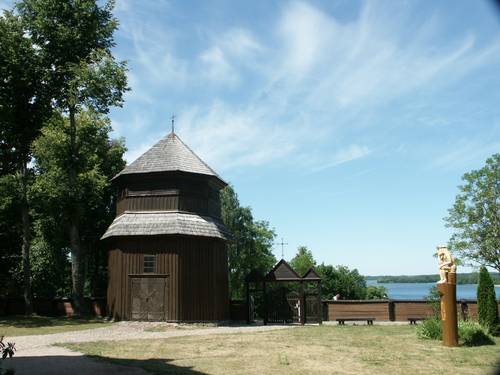 In Lithuania, there are even cultural sights. But a hardcore tourist wouldn’t be astonished by them. Vilnius, the capital, was lucky that its landmarks did not vanish during the centuries of wars and destruction. However, in comparison to other European cities it is hardly on the top. Some well known sights of Lithuania, such as Trakai, a castle on the water insensitively renovated using bricks and concrete. The Lithuanian landscape is very flat. Its terrain appeared after in the Quarterary era and left it absolutely flat. At no place the terrain gets above 300 meters. However, it is an area with a pretty low population density. Clean nature is a strong feature of the country.

If a spoiled cultural enthusiast keeps his urge for an easy natural relax, there is nothing better than to set off to a national park after a stay in Vilnius. The national park Aukštaitija is a great tip or trip. It is located in the north-south. Its name cames from Aukštait’s. Together with other Baltic ethnic formed the Lithuanian nation. 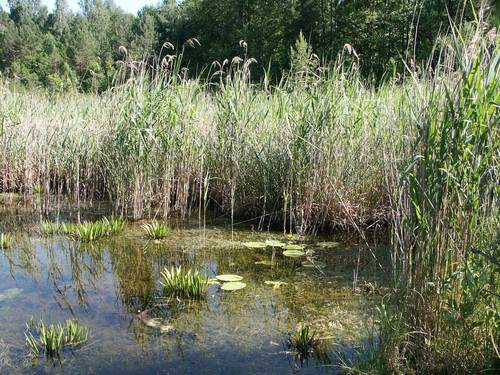 East Lithuania is very similar to the Czech Republic considering the flora. Perhaps only timbered houses reminds you that you are in Lithania. The number of lakes there (and there is more than hundred of them) are the remains of glaciers; similarly to other Baltic and Scandinavian countries. One of the lakes is Lūšiai. Its surroundings is beautiful, made for relax.

Population density is low thus precious moments of peace are ready to be enjoyed there. Lūšiai might be almost a paradise for an undemanding traveler. While there you can rent a boat, or swim nude. Also you can walk along a botanic route along beautiful swamp land. You can visit local open air museum and have a great sashlik, originally Georgian delicacy that is popular in Russian speaking lands today, in local buffet. 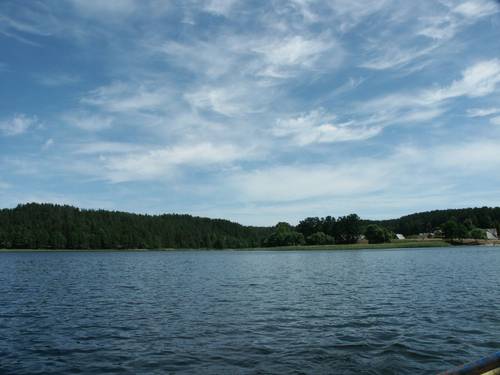 Hill of Crosses by Šiauliai 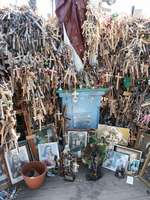 A visitor to Lithuania should visit the Hill of Crosses, 10 kilometers northwards off  Šiauliai, a town in northwestern Lithuania. This remarkable place is an evidence that one can find remarkable places of faith not that far from our own country. Particularly on a hot day with blue sky tinkling sounds spread around the hill as crosses hanging on large crosses are set to swing by a wind. t 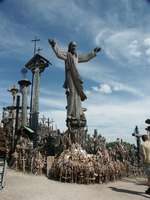 A visitor on a hill by Šiauliai, can easily get a notion he/she is somewhere on Bali, Madagascar, or another very exotic place
These crosses were first placed by pious Lithuanians during the Soviet era. Later, pilgrims from close and afar started going there. The hill of crosses and started adding crucifixes etc. Many of the new visitors come usually from Poland. The hii lf Crosses represented a symbol of the anti-Soviet resistance. Also, the hill represented subverted Catholic faith. The totalitarian regime allegedly flattened the hill several times. However, it miraculously somehow appeared againl…
The hill of crosses by Shiauliai is such a place you would have problems to find similar. Not only a Christians would be interested in the place. But when you visit Lithuania, do not forget Shiauliai. If you have any spare croses and crucifixes, now you know that to do with them … 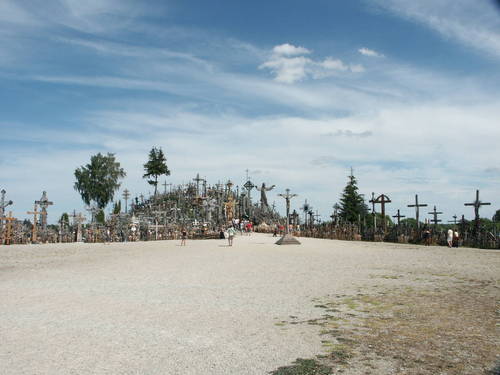