en.infoglobe.cz » Macedonia I. - General Information And Impressions From Macedonia

If I were to summarize the impressions that Macedonia has left in me, I would remember the beautiful countryside, a beautiful mountain, karst topography and large tectonic lakes that its beauty can still compete in the tribal sea.

Also Macedonia has one of the picturesque Orthodox churches, Muslim mosques and mainly sculptures - many sculptures everywhere is just a little handy stand. Yellow-orange colour, which is the colour of the Macedonian flag, appears to tourist and road signs. And what resulted in me particularly excited, people were - smiling, trusting, helpful and cheerful Macedonians, who really knows how to drink from a cup full of life! 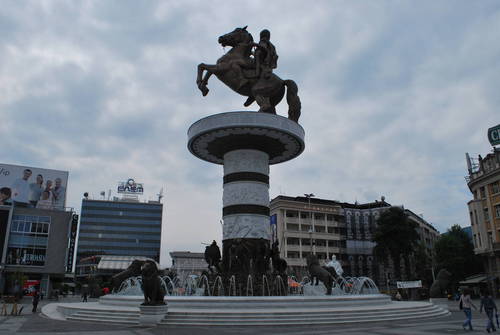 In Macedonia, which has according to the census in 2002, just over two million inhabitants, speaks Macedonian, a Slavic language and words similar of Czech language. When you want, you can speak with local peoples without the use of another language. That does not mean, that Macedonians can´t speak other languages​​. I have met with excellent English and the basics of German. Germans are most numerous tourists is likely, at least in the resort town of Ohrid. Another language that is used in Macedonia the Albanian, which is the large proportion of the Albanian ethnic group (25,2%) in this country. The local currency is denars, 100 denarii worth about 43 crowns to the euro conversion is approximately 61 pence per euro (at least at this price I bought dinars at the reception).

The possibility of transport to the capital Skopje, which occupies about half a million inhabitants (census 2002) from the Czech Republic is both terrestrial as well as air, that I used myself. Tickets are not quite the cheapest, but when looking for, so they can find. I met with no action fare that occasionally occur with the airlines, but that does not mean that it is possible to encounter them. I flew, as I mentioned, on a business trip, so I needed a ticket for that term. I managed to find the price of CZK 6 000 from Vienna, with the change in Belgrade. The airline Jat Airways - flight times were not ideal - both on the way there and on the way back I had to sleep at the airport. In Vienna I was transported by bus Student Agency. For flights from Prague to Vienna, the only change in the ticket cost about 11000 CZK. 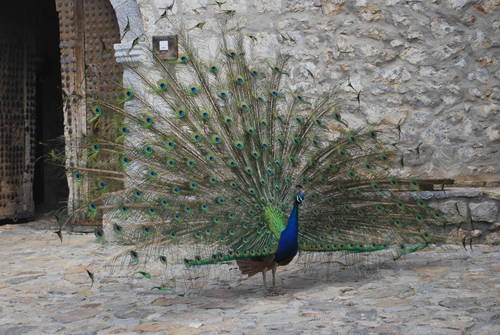 During his stay in Macedonia week I visited the capital city of Skopje, Ohrid resort, lying at the same tectonic lakes - the so-called Balkan Pearls, several times I went on a trip to the mountains Galicica, visited the monastery of St. Naum at the Albanian border, on occasion I visited for short time the Podgradec, the Albanian cities. It is on these sites will tell the next parts of this travelogue. 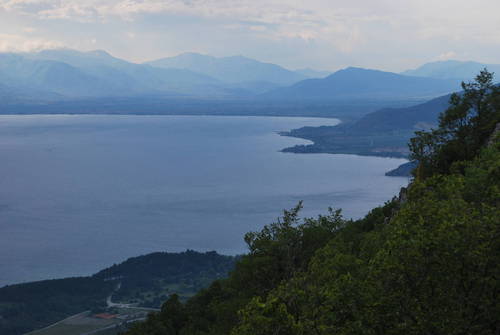