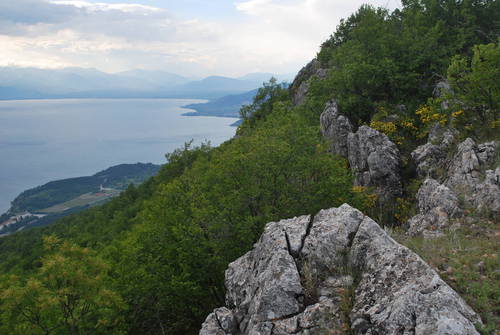 Peaks of Galicica separated by the higher lying from Lake Ohrid Prespan lake. In the National Park Galicica live and growing number of endemic species, such as critically endangered Balkan lynx, which is a symbol stamped on a coin five denier. The whole area has character of karst and is made up by limestone.

First time I went to the hills above the Ochrid lake by accident. I had this afternoon is completely different plans. I wanted to go by bus to the city of Orhrid, where I bought an excellent Macedonian red wine Vranec. On the way to the bus stop but I noticed the branch at which the pointer towards the church, situated between the points at a distance of three kilometres. I thought it was a few, so I decided before leaving town and a walk to view one of the local Orthodox churches. 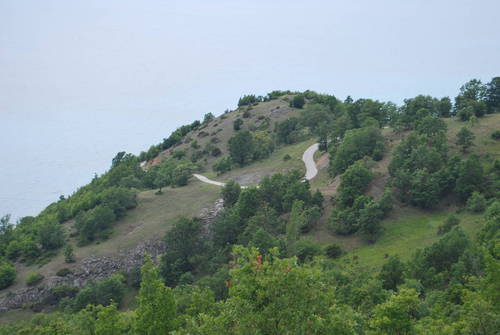 I went on the asphalt road for a while when I noticed the turn, which I call "donkey trail". The trail that more direct is connecting two sections of road. This way can walker save a lengthy switchbacks. As soon as I released her, I found that does not connect sections of asphalt, after which I went, but it turns more to the side. No way but to me it did not matter, forest road was much nicer than the road.

I walked by quite steep path up when I saw a herd of goats. Once I started taking pictures, rushed at me with barking from behind the bushes big white dog - their guard. I run away and I even did not stop with their pimp, who was beginning to rise from his post, apparently to greet me. 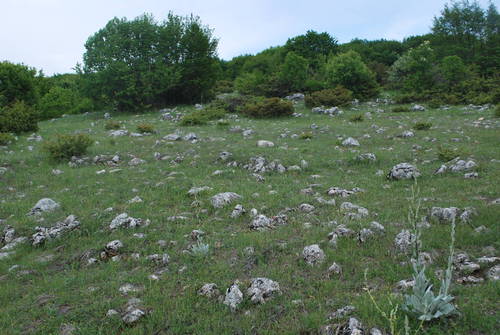 I walked on, and soon I came across another herd, this time without shaggy guard, but also with the herdsman. This to me now issued for a chat. Although I can´t speak Macedonian and he didn’t understand Czech or any other language that at least some control, but even then we talk quite well. Macedonian is because, just like Czech, Slavic language, and it has a lot of similar words. Goatherd was an old man. He said that once had a job in Bohemia, Czech language but he didn’t learn. His daughter lives for many years in Australia, from where sometimes goes home to Macedonia. "One time she brought me a beautiful watch," he said, now I started to push against the face, to boast. Previously did say another job, but now is retired, so the waist goats. He took his hands behind his head to gesture showed, how he feels great. He said he has a goat named and all of them can hear for it. 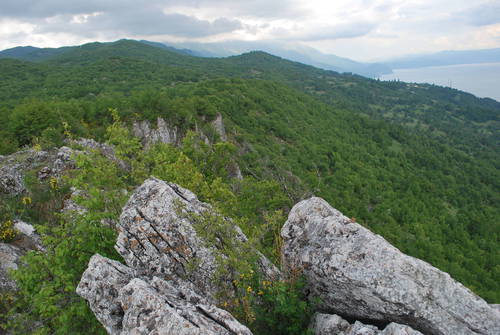 I asked where to find the church, and showed me a pimp circuit, how to get it. Then we parted. Again I waited climb, but was just very short. Soon the trees parted and I saw the transmitter, which can be seen with the bottom of the road leading along the lake. Not far from me, was one of the village church with a search, I have it from a distance but did not notice, I ignored the building, and went on. I went through, after only asphalt road around the metal cross, which is also visible from the road, and continued their journey. But I soon decided that I still want to descend the road and began instead to climb higher terrain. Les was soon changed to scrub and meadows, which rolled to a lot of limestone. I felt at times as in the Slovak Karst. 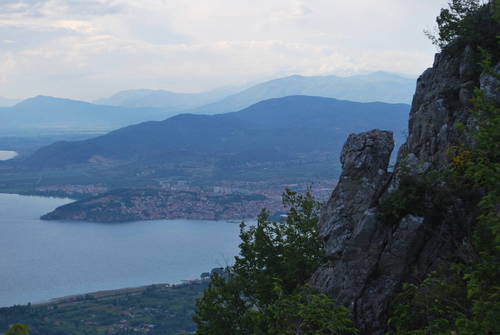 I met on the way to the tourist route leading to the rocky outcrop, which seemed to me from far away today as a suitable target unplanned trip, and went after her. The journey was beautiful. All around the rocks and stones, luxuriantly blooming flowers and spectacular views of Lake Ochrid. No problem, I arrived at the target point with delight and headed back. Slightly different way, a little intuition, I reached the asphalt road and it came down to the hotel, and so ended his really successful, unplanned trip.