en.infoglobe.cz » Macedonia VII: St. Naum And A Trip To Albania 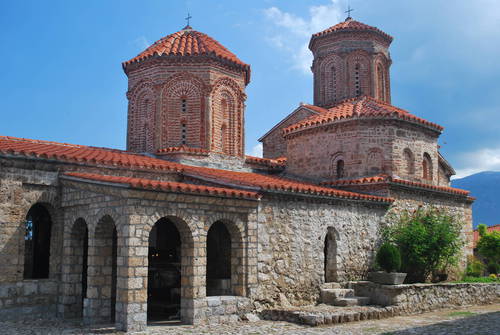 In addition to the church and monastery complex is the major landmark by the fact that everywhere you look, roam beautiful coloured peacocks. I've never seen so many beautiful peacock tails and developed so many peacock heard shouting, like a bird rather than a cat, gear shift at night with the cats on the roof. Also the peacocks roamed on the rooftops, where you yourself have gone out without difficulty whenever they wanted.

To the church pays the fee, but it is absolutely funny money. Lord of the cash register we have borrowed the guide to us to not have to buy it. Inside the church is a fresco, mostly from the 19th of century. Some fragments are from the 16th and 17 century. In one of the rooms is a grave with the relics of Saint Naum. 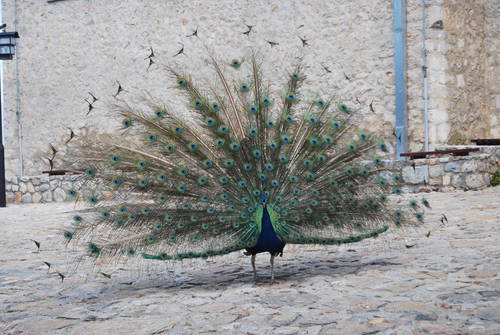 Near the complex is the lane, where are stallholders with various products concentrated. The most common is the sale Ochrid pearls and other jewelry, as well as thematic T-shirts, but also honey. Opportunity to visit the restaurant is self-evident. This site is purely a tourist thing, but I can only recommend it.

When we went to St. Naum, we decided to join this visit with something else. Because St. Naum is located right near the border with Albania, we wanted to, if only for a moment to visit this, at first glance a different country. We went by walk back to the border, passed them without the least trouble and by taxis which were waiting outside a lot, we went to the nearest town of Pogradec. 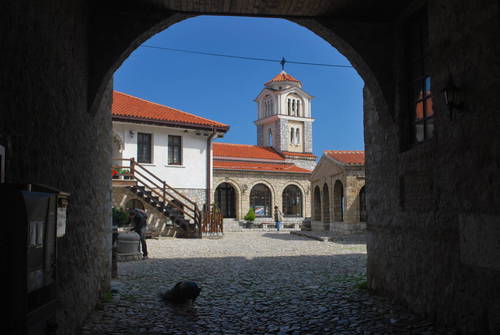 We told the taxi driver to wait for us about an hour and we walked through a city. Coast of Lake Ohrid was incredibly dirty in Pogradec, compared with Macedonia it was real junkyard. But if we wouldn’t think of rubbish around, we could see near the lake right the growing tourist destination. Would we wonder if the hotel complexes and attractions that grow there and often have grown, they can support themselves.

From the coast we went a little father into the city. First, we look to the local, a bit poor, mosques. Then we went through the streets of Pogradce which left us almost in Asian feel. Street vendors sell everything, but mainly meat and fish, without any cooling. The people in the street went Albanian street bureaux de change in the form of mafia, into the hand holding stacks of money, in which affection is rummaging. We exchanged some money, not on the street, but in the normal exchange office. We wanted to see the Albanian medications and leave some small change as souvenir. The last place we looked at Pogradec was a long square, where we stacked in a number of boards with the names of various prominent personalities. From The Beatles, over Franz Kafka to Socrates. 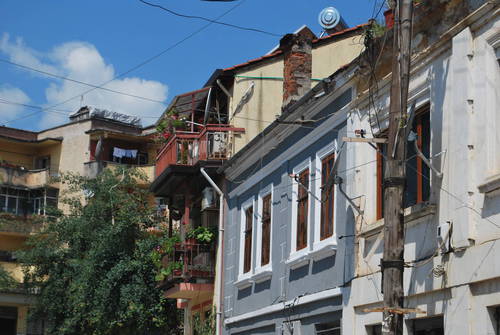 After an hour in Albania, we went by taxi back to the Albanian-Macedonian border with the impression that it was worth it to ever go to Albania. And when we few days later left Macedonia, we knew that this country is worth more than a week here and that we definitely want to come back soon. 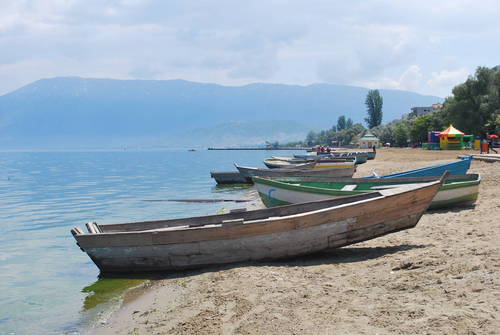