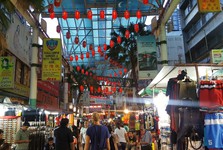 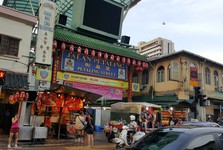 There are all sorts of different Chinese meal. Anything you can thing of – from roasted  to hokkein mee (rice noodles with shrimps, meat, and dark sauce). A European will certainly not expect ingenuine meals of clay. Either way, you can eat Chinese food at any hour of the day. Wake a latent trader in you for the street is also known as customer's dream. Many stands offer sales on clothes, food, and souvenirs. However, you have to negotiate. Local traders love negotiations and you need to earn your sale, so to speak. Vendors are quite persistent in their effort to make you buy their mostly uninteresting stuff.

This is one of the most impressive Chinese temples in Kuala Lumpuru. Guan Di (aka Kuan Ti) is a beautiful Tao temple. Visitors to Chinatown can easily reach Jalan Tun H. S. Lee, a small street parallel to busy Petaling. When entering the temple, there are many locals praying and worshipping Guan Di.

Here you may see the legendary Guan Dao (Chinese cutting weapong made of 59 kilograms of copper). People believed in magical powers of this sword for the one who picked it up gained invincibility and protection from the sword. At least they said. The origins of the temple dates back to the era of one of the largest warriors in China – General Kwan, Guan Di or Guan Yu. He was awarded with the title "God of War". Many worshipped him for his amazing fighting abilities and martial skills. The God of War aiprses only those, however, who are of clean mind. 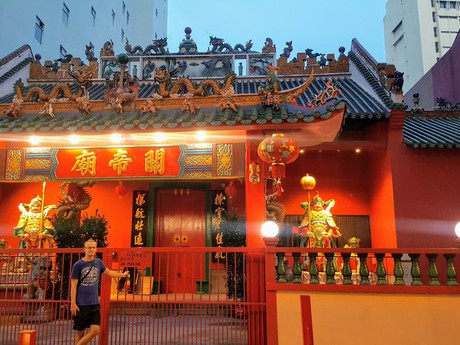 At the entrance to the temple, there are two huge statues of the general. Once you enter the temple, you feel the number of hanging frankincense containers. They make this place feel peaceful. And you will feel as if in different world. In the back, there is Guan Di's statue which you may see from upclose. Along this giant god, there are his godsons Guan Ping and Zhou Cang. 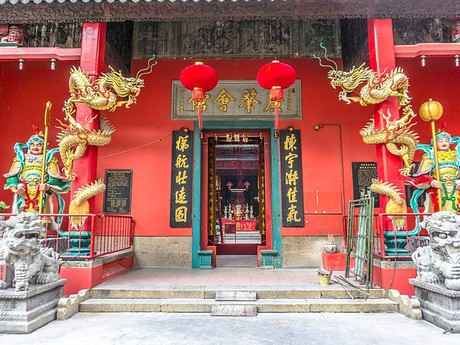 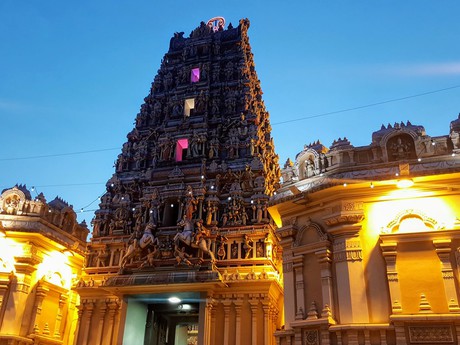 Near the temple, there is another interesting Indian temple of Sri Mahamariamman. There are many empty parking places near Chinatown. Should you travel by subway, get off at Pasar Sani stop. From there reach the temple which is mere 200 meters away.  Upon visiting the temle we recommend you to visit Central Market where you may see  examples of folk art and crafts.