The island is connected by the two longest bridges in Malaysia, one of which is the longest overseas bridge in Southeast Asia - namely the Sultan Abdul Halim Muadzam Shah bridge. Penang is the complete contrast of our stay in the Sumatran jungle, suddenly we find ourselves in a tourist center. We are located directly in George Town, the second largest city in Malaysia, due to the large number of colonial buildings is a UNESCO World Heritage Site. 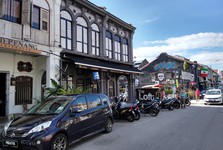 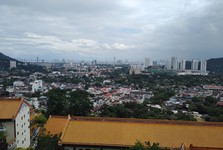 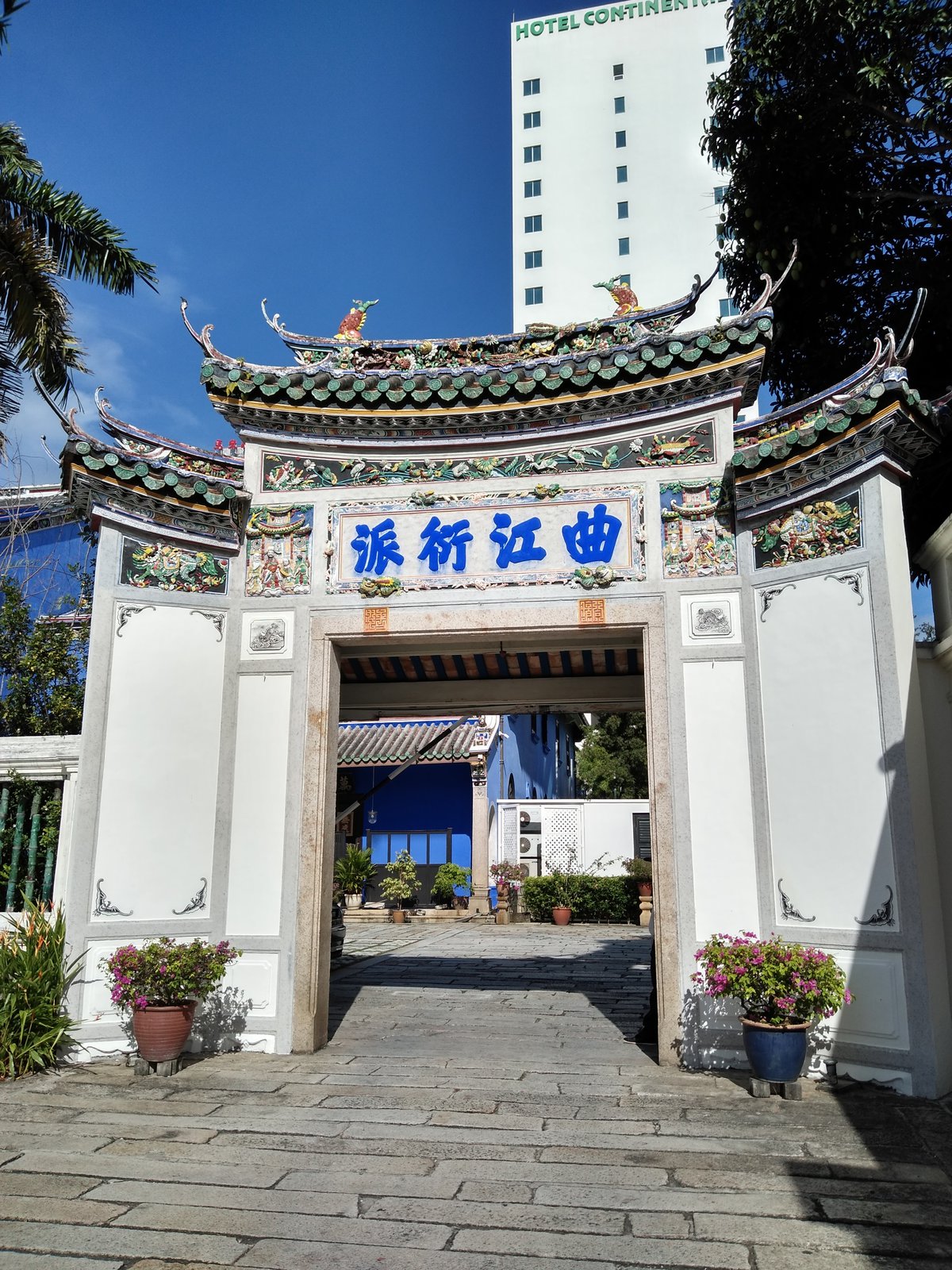 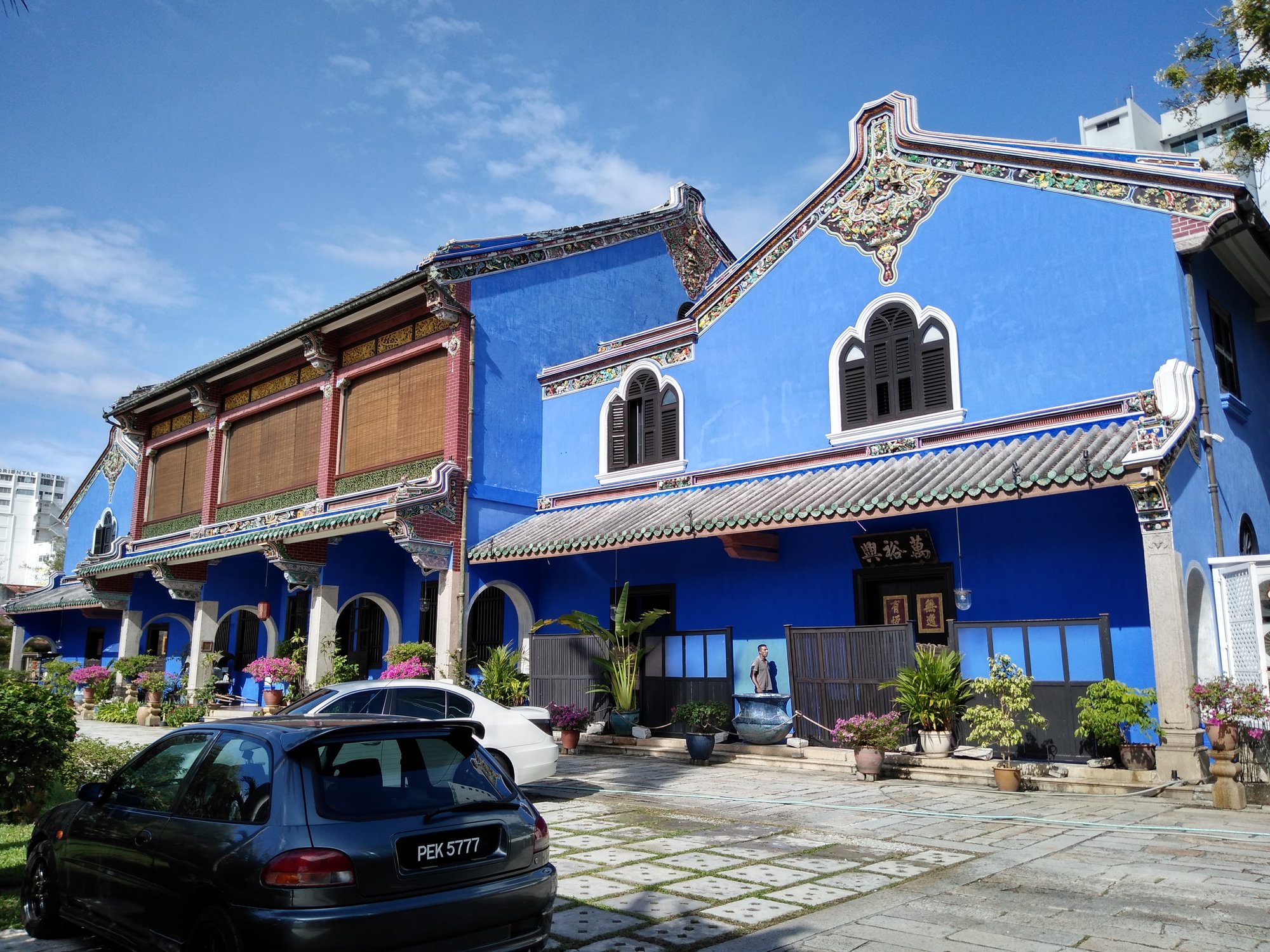 We set out for the sights early in the morning, because we plan to spend the afternoon on the beach. However, this does not pay much for us, as some monuments open up around 11am, until then the city is a bit dormant. So be careful. However, we still set out to see the Cheong Fatt Tze Mansion from outside, known as the Blue Castle. It was exhibited at the end of the 19th century by the merchant Cheong Fatt Tze as his private and business seat. Before opening hours, no one is allowed to peek a few steps behind the still open gate. 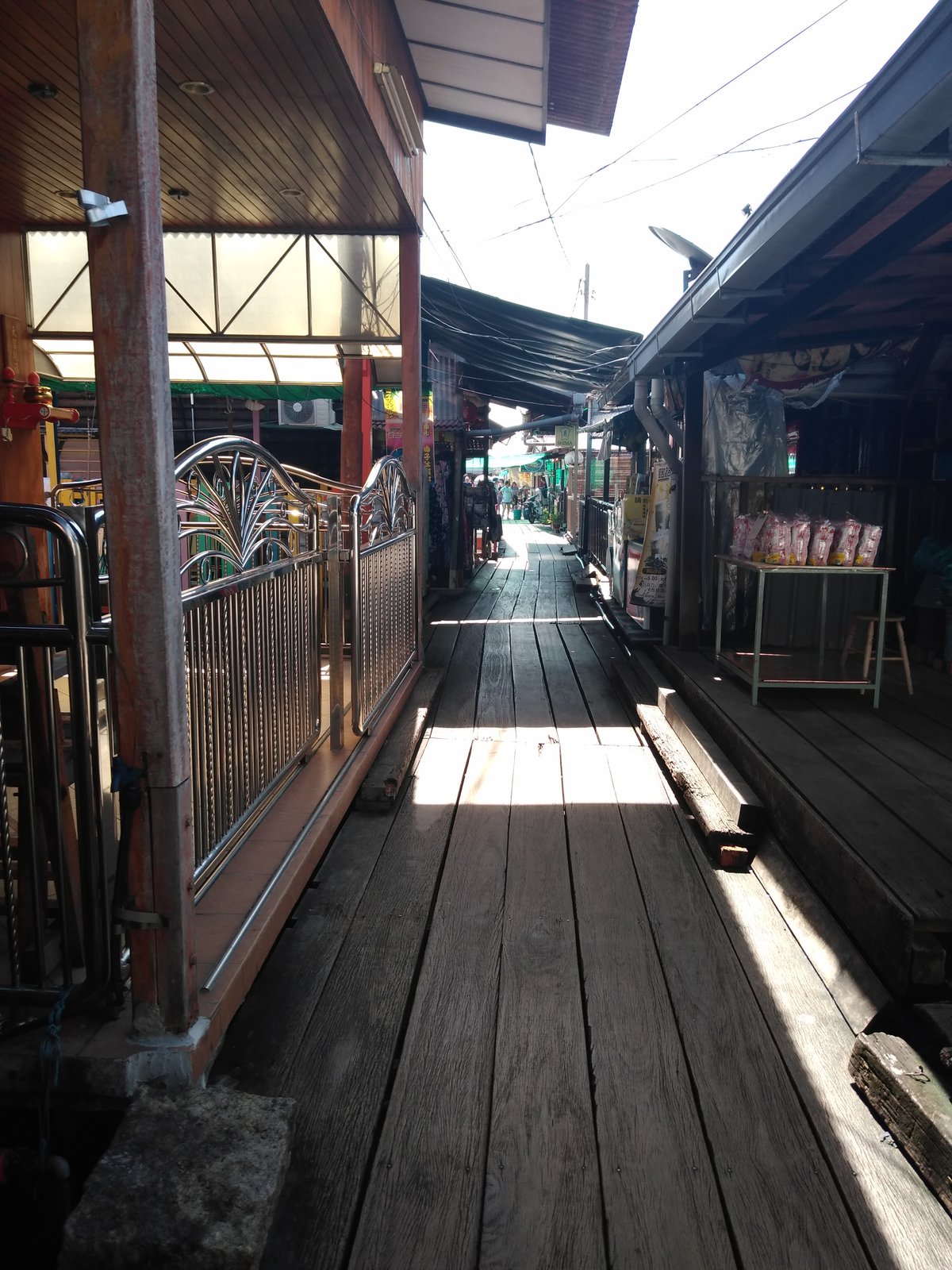 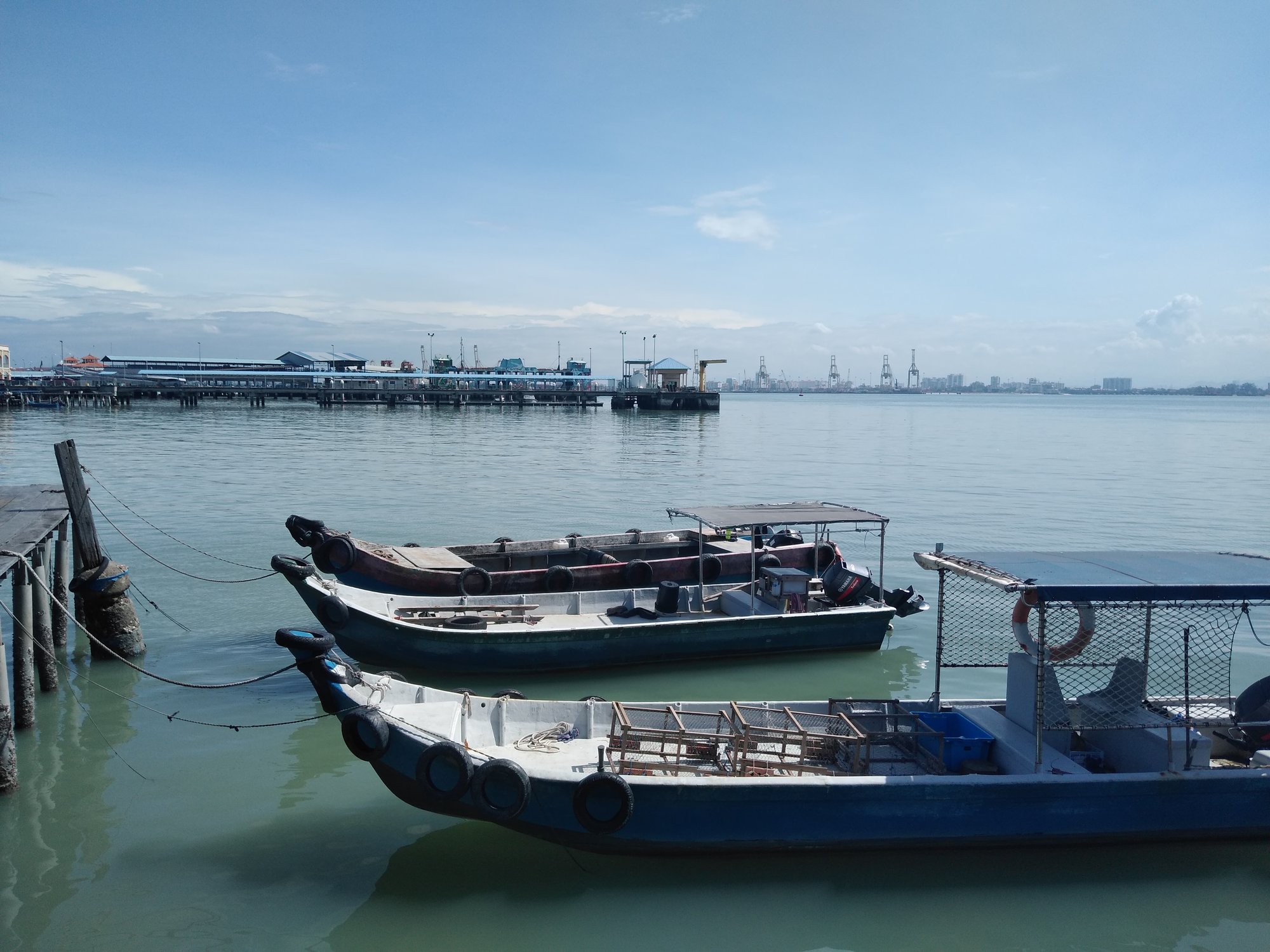 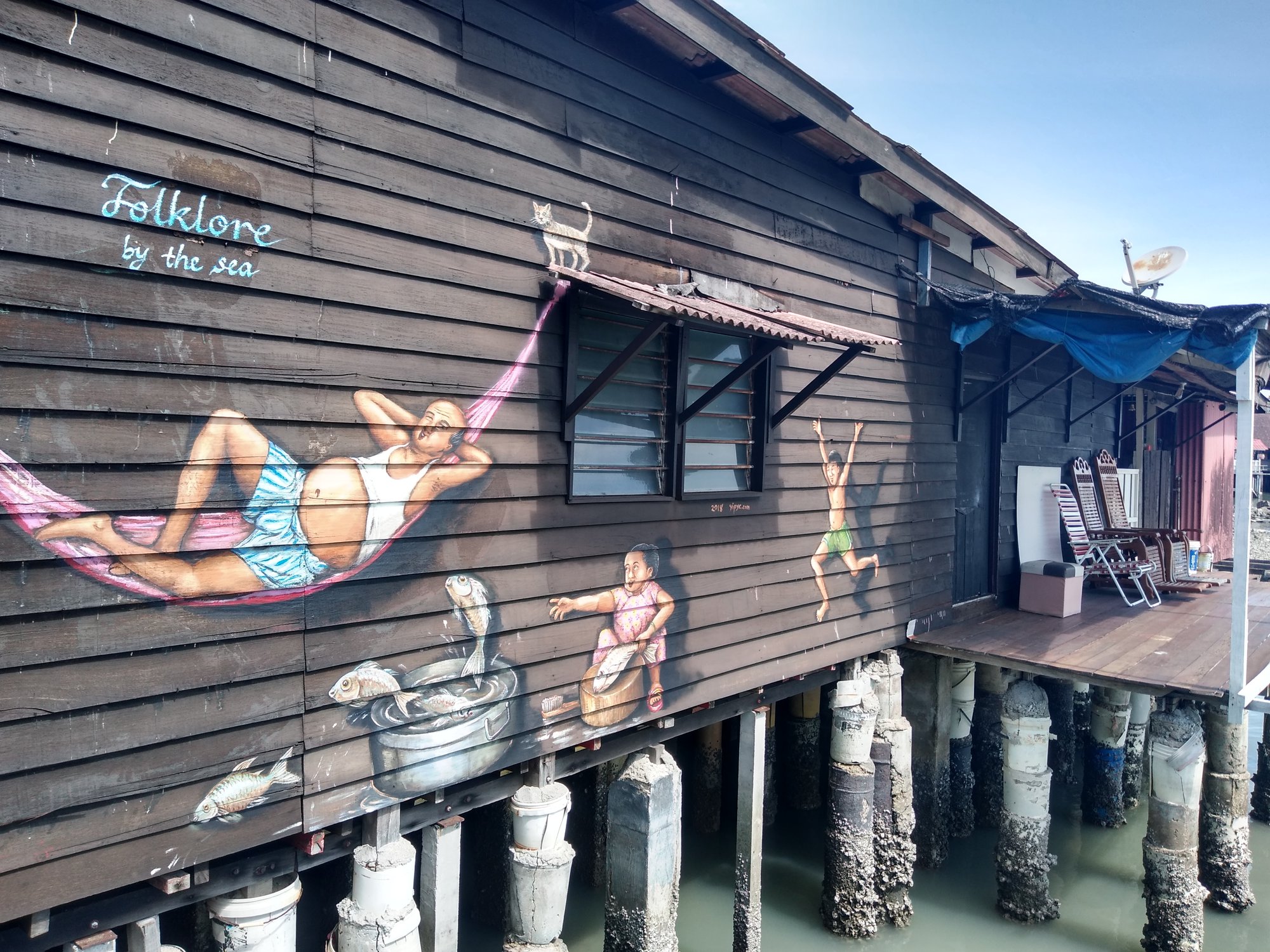 We then continue to the 19th century Masjid Kapitan Keling Mosque, built by Indian Muslim traders. From there we cross over to Khoo Kongsi, a large Chinese clan house with highly decorated architecture. The house is really beautiful and the visit costs only a few small ones. The interior is also accessible. From here we head to Clan Jetties, a kind of floating wooden village. Here you can also admire the street art, which is located in one of the houses and is very typical of Penang. Otherwise, Clan Jetties is just a tourist place with souvenir shops. 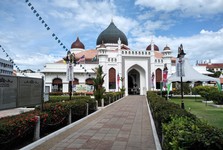 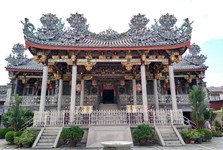 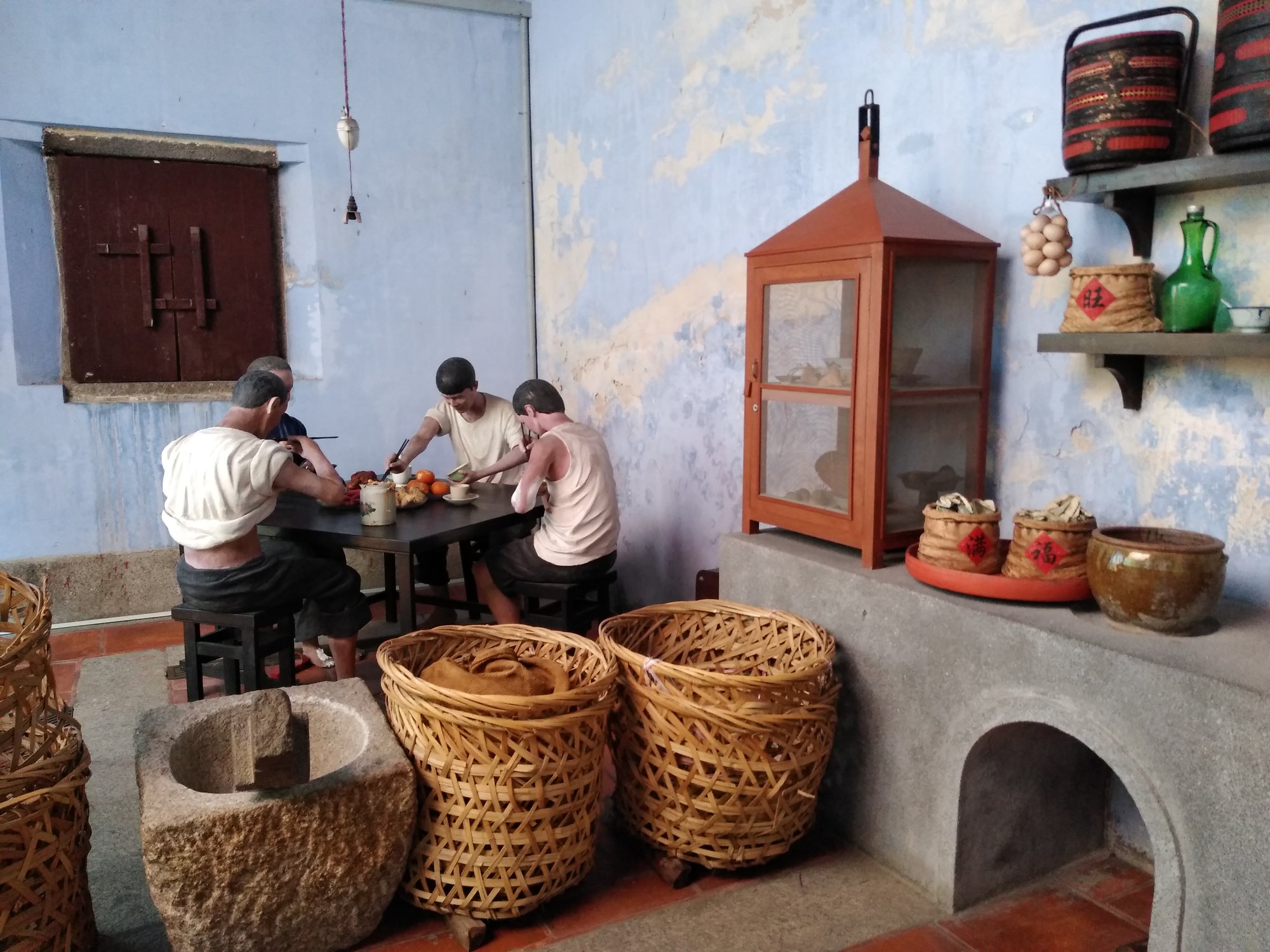 From here we head to the beautiful Buddhist temple complex Kek Lok Si Temple. This temple is the largest Buddhist temple in Malaysia. It was built in 1890–1930 and its main features are the seven-storey pagoda of Ten Thousand Buddhas with bronze statues and then a 120 meter high bronze statue of the goddess of compassion Kuan Yin. The complex is really large and flashy and certainly worth a visit. Admission is paid in several places, but it is really small money. There are also plenty of souvenir shops everywhere, and if you are interested, you can buy and hang a tree wish card in a temple for one Malaysian ringgit. 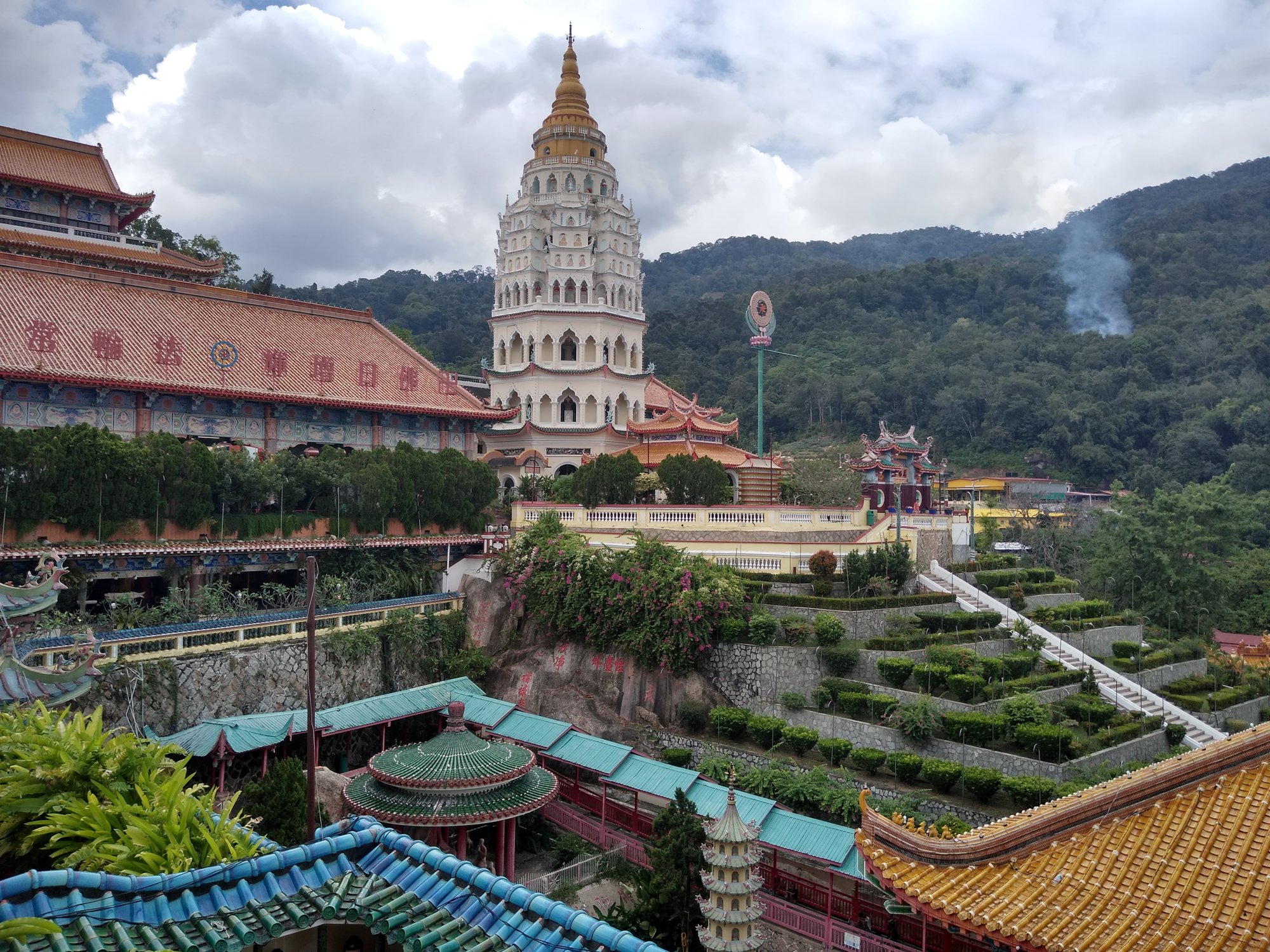 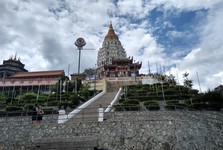 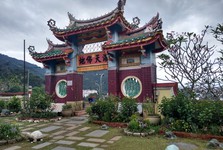 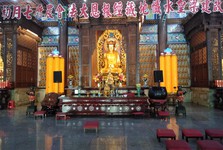 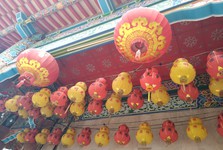 Subsequently, we finally set out on the city beach Tanjung Bungah. It is quite ordinary, but pure. In the evening we go to the streets where it really lives. Nearly every other bar is karaoke or live music. Other times overpriced drinks and (above all) beer can be bought here at around eight o'clock in action 1 + 1, which suddenly becomes very advantageous. 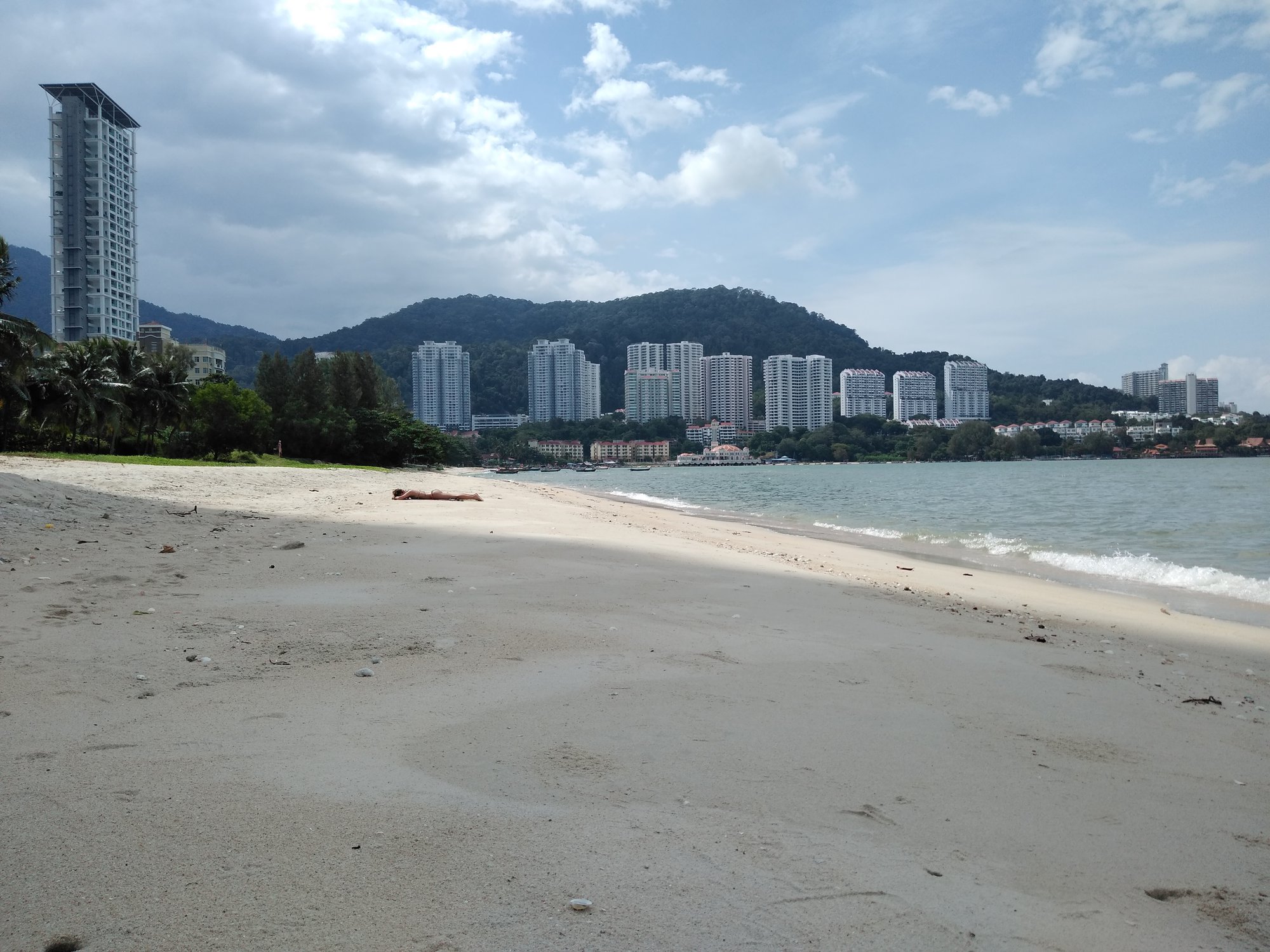