Published: 20.6.2016
What are the best places to party at night and what does the capital Valletta look like are things we know already. Let’s take a look at beautiful Mdina, the historical capital.

It is not on the coastline yet in the mainland. Its magic consists of narrow, fabulous streets. It is forbidden to drive motorized vehicles there. You can walk for long in this town and enjoy the quiet. The main sight of Mdina is St Paul's cathedral. Yet there are many other historical buildings such as cloisters, palaces, chapels etc. 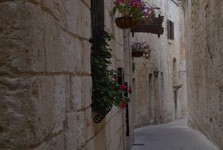 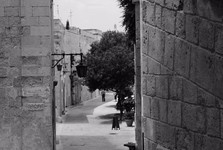 There are other historical landmarks on the islands such as megalithic landmarks. I learned from my book guide about a mysterious megalithic temple (on Gozo island). According to new research the temple is 500-1000 years older than the famous Egyptian pyramids. Huge 1-ton stone blocks were used to build this structure. And it wasn't an easy task. And it wouldn't be even today. How was it possible to even move these huge rocks by using primitive tools is still a mystery. Visit Hagar Qim u Qrendi or Ta' Hagrat by Mgarru. There you can think about it. Another wonderful sight is Hypogeum Hal Saflieni in Tarxienu. The temple stands in a vast area. It had been carved into the rock for centuries. It reaches four stories into the rock! Hypogeum was a center of culture. Also, it was the lpace where priestesses studied. Also, there was a burial ground (the bones founded there belonged to women only). This unique sight is part of UNESCO's world heritage as well as the capital Valletta.. 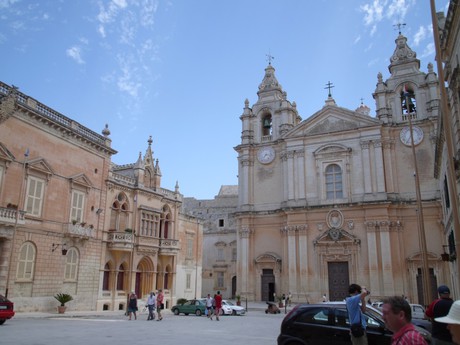 There is always sun on Malta. Despite mild breeze which cools down the body a bit, one always drowns in sweat when going through landmarks and towns. Therefore, it is a high time to take a swim. You can swim in the sea at cliffs on the north of the island or in various bays. There are also beautiful sand beaches usually on the west of the island. Perhaps the most popular among tourists and with the largest offer of services (riding a banana, riding a parachute tied to a boat etc.) is the Golden Beach. There are also some bays such as Paradise Bay or Mellieha Bay. These are rather shallow but suitable for families with children. Beware of jelly fish when swimming along the coastline. They love Malta. If a jelly fish hit you, don't worry locals help you what to do in this case. 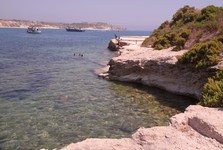 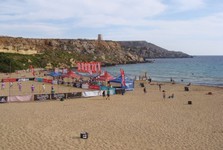 In case you prefer fishing and port towns, then you should visit Marsaxlokk – an ancient fishermen's village in Malta's southeast. The vilalge is known for the Sunday market which takes place all over the village. Fishermen catch many of the sea fish around here. 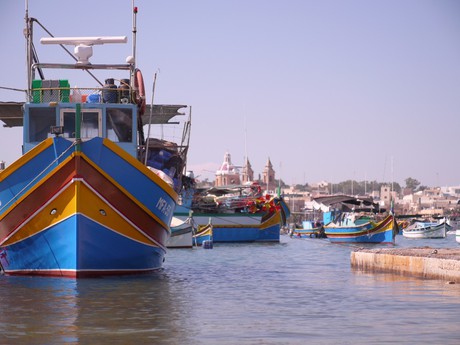 And what do the other two islands look like? This you will learn next Monday.

Published: 13.6.2016
Diverse rocky coastline of many bays, harbors, or sand beaches. This is Malta. Three inhabited islands consist Malta. The largest island is no longer than 30 kilometers. It is called Malta. The middle island is Gozo. The smallest one is Comino. The Malta archipelago is situated in the heart of the Mediterranean Sea, south of Sicily.

Published: 27.6.2016
I have already presented you with two parts of my story about Malta. Yet there are still places to see. We visit another two inhabited islands today.