en.infoglobe.cz » Mexico, Bacalar – A Town and the Lake of the Same Name

We are now in Felipe Carrillo Puerto. Heavy rain drove people out of the streets and us as well. But quick rain will pleasantly refresh the arid air in the streets and sprinkle the heated asphalt. We will use this time to visit Mexican fast food and enjoy local empanadas, which are perhaps the best I have ever had in Mexico. We walk across the small square at the bus station and take the bus to Bacalara. 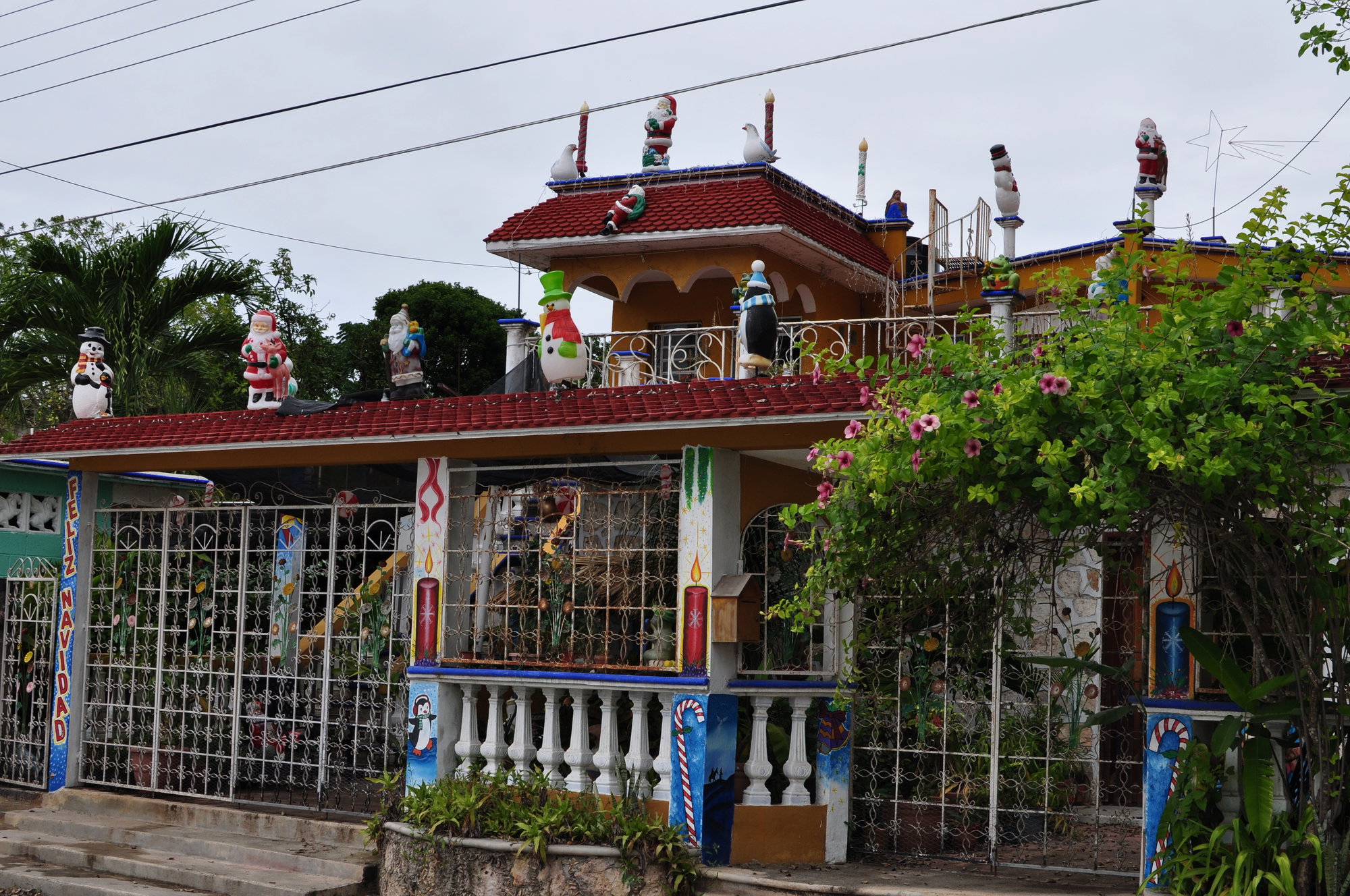 The history of Bacalara dates back to the pre-Columbian era. The town of Bacalar was founded by the Maya at Laguna de los Siete Colores, but for the Spaniards it was not difficult to conquer Bakhalal. The eighteenth century pirate attacks led to the decision to fortify the city, and in 1733 the San Felipe de Bacalar fort was built. 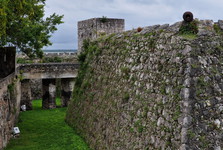 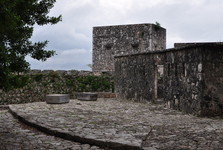 The fortified city prospered and in 1848 it had five thousand inhabitants before the caste war came. The Mayans rebelled against the Mexican government and their first goal was Bacalar. The population was attacked and destroyed, and people fled to British colonies in Honduras. The events turned  in 1902, when Mayan Indians were forced to recognize the government of the Republic, and the population in Bacalara began to grow again. In 2007, Bacalar was even officially named a magical city. 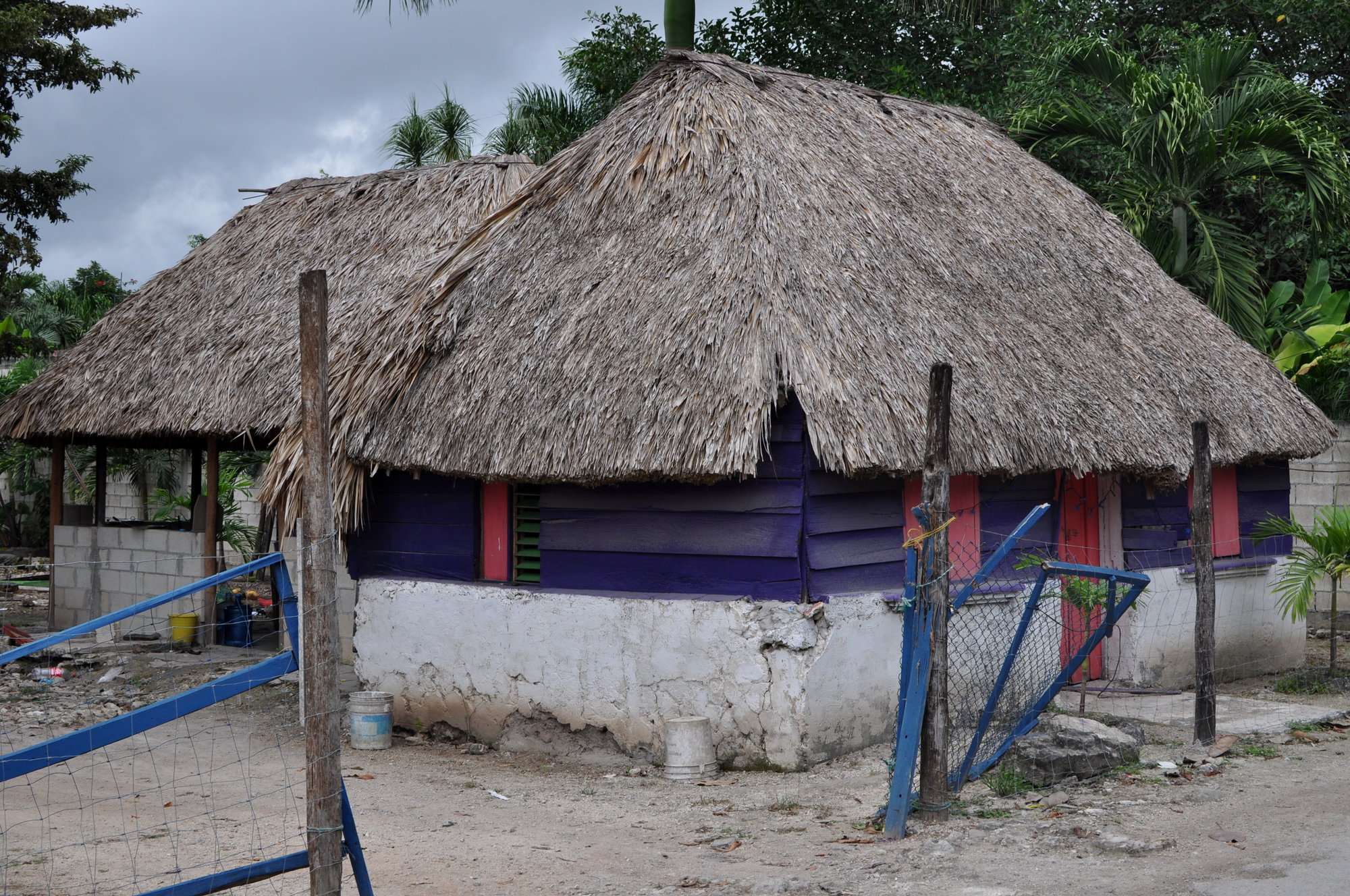 Finding a hotel or camp in Bacalara gives us a hard time. It's pretty expensive and big here, so before we can find something, we're coming. We'll end up at a hostel where we can make a tent. The hostel is right next to the lake, and we appreciate the beautiful sunsets. On the other hand, there are so many mosquitoes in the evening. 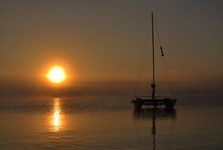 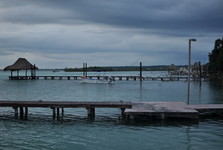 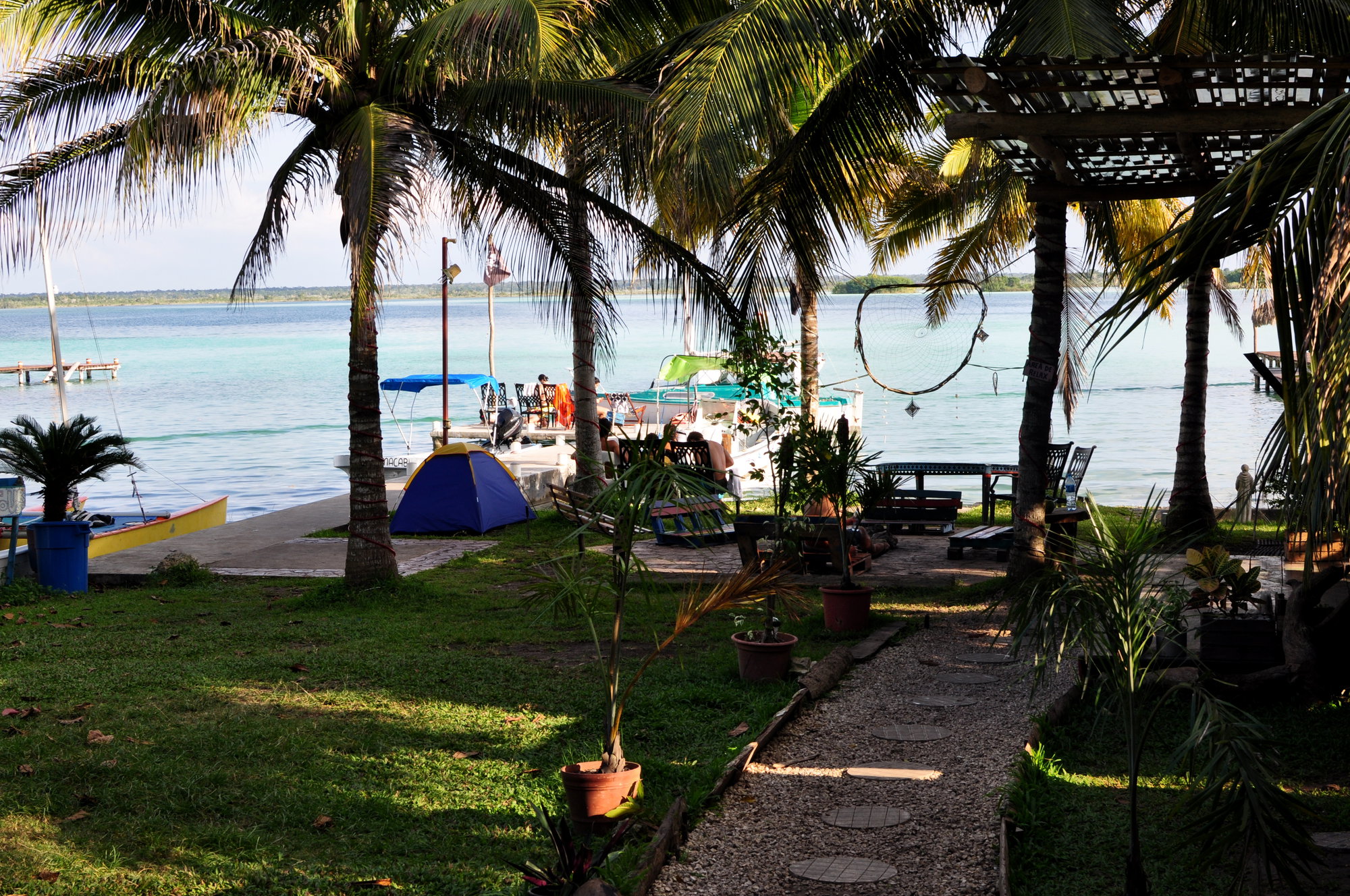 The advantage of the camp is that we can rent a free kayak and ride on the lake. And the only minus was that we didn't bring a camera or camera with us, because kayaking on Lake Seven Colors is a truly amazing experience. As the name suggests, the lagoon has seven different shades of blue. This is due to the contrast of the soil at the bottom of the lake, the changing depth and intensity with which it absorbs the sun's rays. All this contrasts with lush vegetation and birds singing. 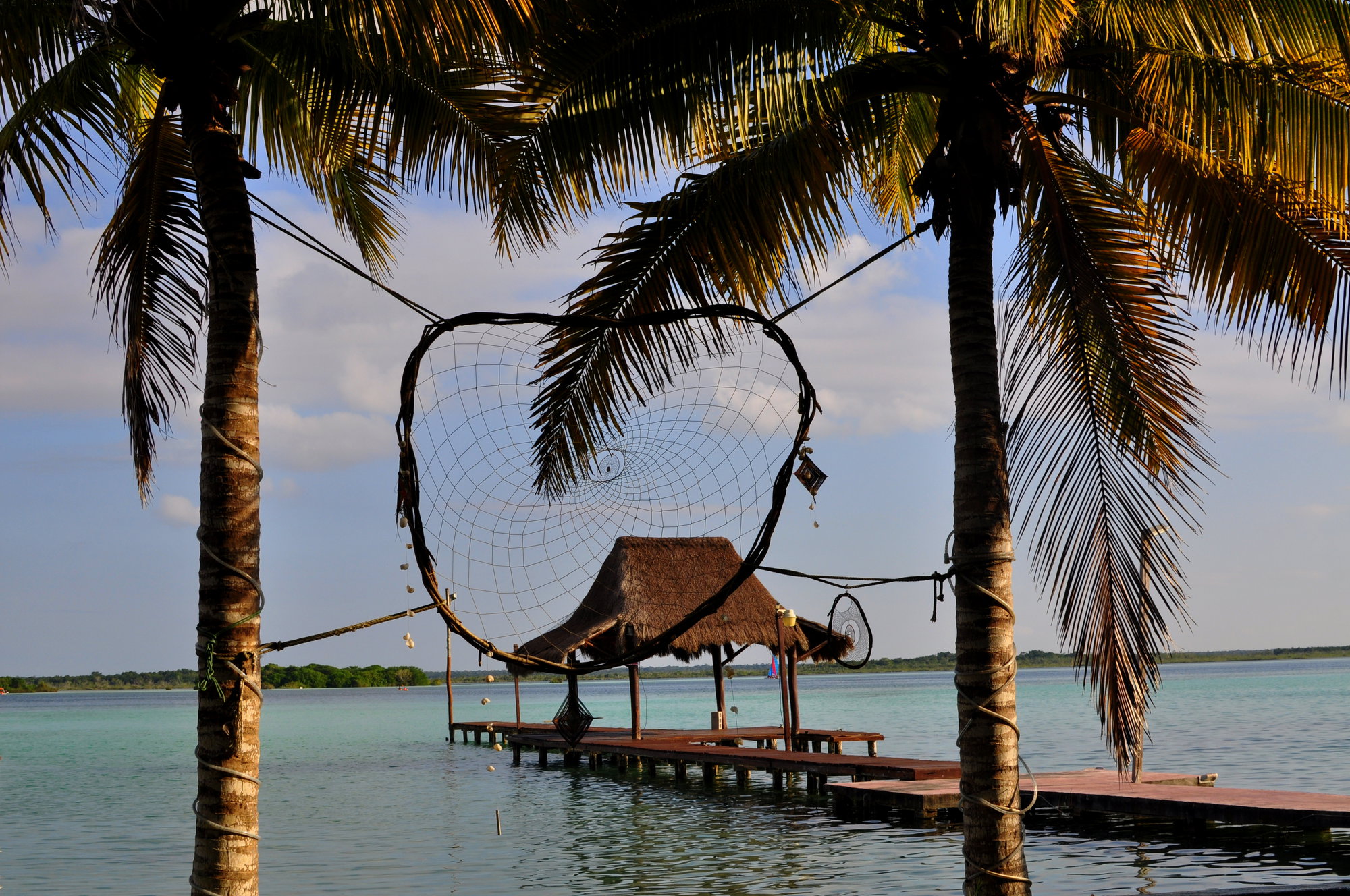 Bacalar is such a peaceful city, so we go for a walk in the evening, eat in the restaurant, see the San Felipe Fortress and return in the dark.

And we wake up almost all night, because there is an outdoor party in the hostel and the music plays out loud until four in the morning. It spoiled us a little bit of the impression of this beautiful and peaceful place, but so it is in Mexico (and not just Mexico). People like to have fun here, be it local or just strangers in hostels. Other Mayan ruins await us, so let's go to see them.