Ciudad Juárez neighbors right the American--Mexican borders. The city of El Paso is its American counterparty, however, the two cities cannot be more different. Since the 1970s the Mexican drug cartels have been growing on influence and they flood the US with drugs. In that time the Nixon administrative launched the War on Drugs. This “conflict” has cost the Americans around trillion dollars. The border was practically closed and the northern part of the city consists of the famous border wall. However, people could move freely from one state to another already in the 1930s. Mexicans went to the US to participate on season works on farms.

The role of Ciudad Juárez is crucial as its location makes it a significant transit point for the Sinaloa cartel and majority of violence in this city is related to drugs (there are around 3000 homicides a year). Also lives of locals are closely related to drugs, voluntarily and involuntarily as well. For many trafficking or selling drug is a way how to improve one’s living standards and some people send their children to the US universities for that money. 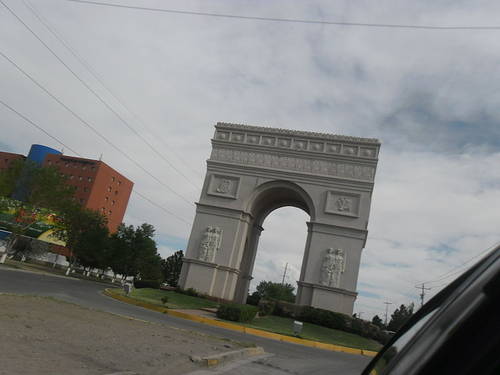 The population density in the city is high (about 7 thousand people per km²) and there live about 1,6 million people. However, many leave the city, which then suffers from abandoned neighbors full of decaying houses.

Despite this the city’s economy is growing and new jobs are opening here.

Major international companies such as Bosch, Foxconn, Electrolux, McDonald’s etc. are opening there their regional offices and stores.

But there are many significant historical places in the city for it was founded at the end of the 17th century. You can find here, for instance, the Benito Juárez monument. Juárez was Mexican president in the second half of the 19th century and he served five terms in his office. He became one of the major figures of the Mexican history as he sought modernization of the country, defended it from a French occupation (which tried to establish an empire dependent on France). The rule of this empire was supposed to be Maxmilian II, the brother of Franz Joseph I

Misión de Nuestra Señora de Guadalupe is the oldest building you can find in Juárez. It is a catholic church built in the 17th century. Interesting sight is the Museum Concorde, which has curious focus. It exhibits parts of famous plane Concorde. Through this it seeks to maintain memory of this plane in the country. 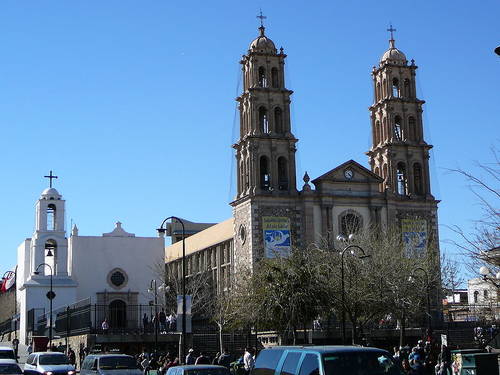