The city of Ciudad Real de Chiapa was founded in 1528 by Diego de Mazariegos. The construction of the current historic center was the same as in other colonial cities. First, the main square was created, and the main buildings were laid out around it. 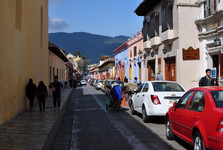 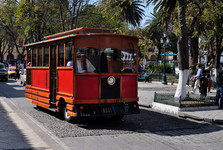 We get to the city in the dark. It is much colder than we have been used to in Mexico so far. We are at 2,200 m above sea level. The federal state of Chiapas is quite different from the Yucatan, not only by weather, but also by price and culture. The way here is interesting, you can see the dwelling of the poor around the road.

After a cold night when we do not have a heater on the hotel (usually not in the cheaper hotels), we buy breakfast in the morning and head to Plaza La Paz, Plaza 31 de Marzo. We observe how many shoe cleaners still earn money here, including kids around the age of eight. 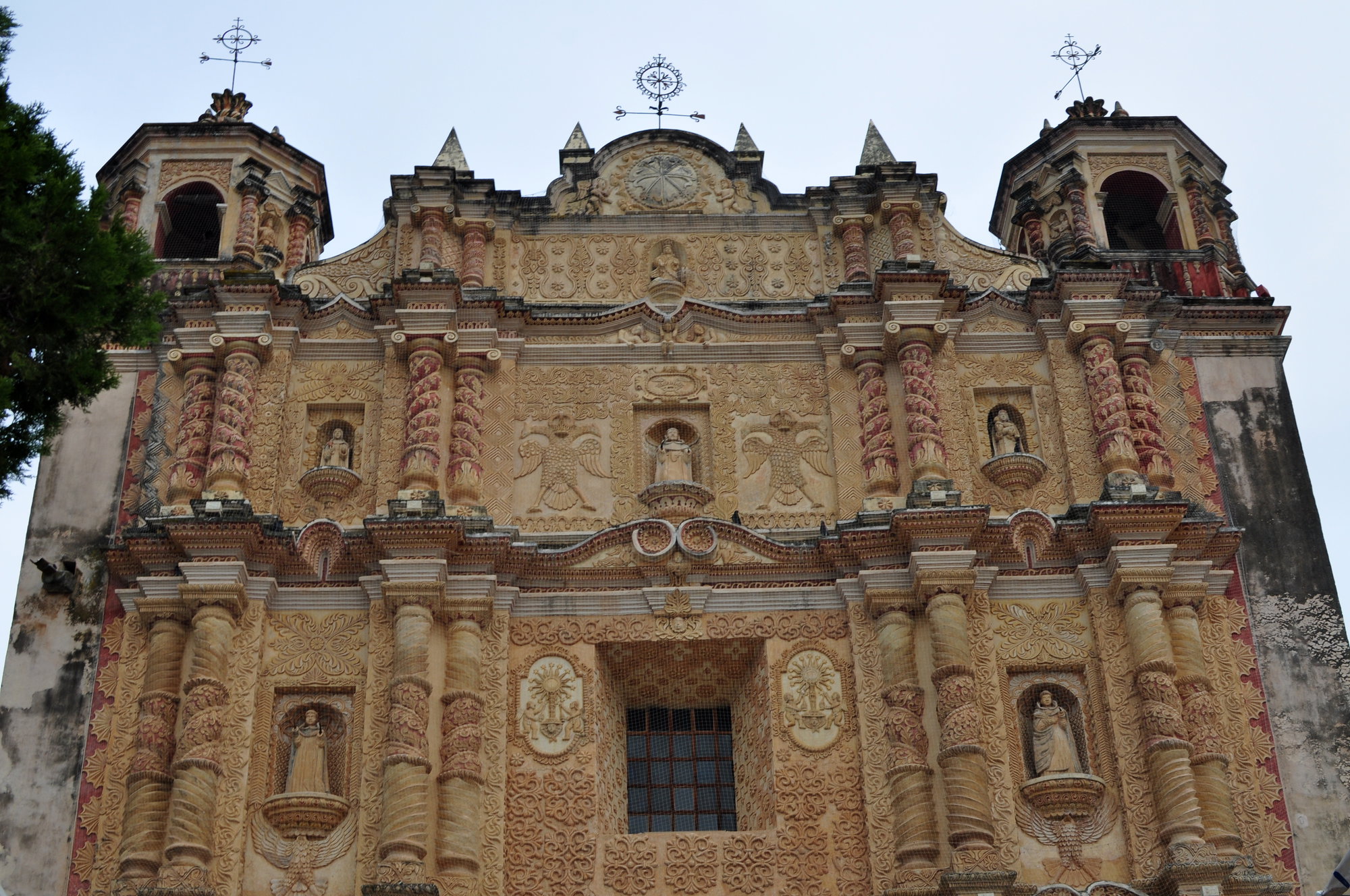 The main tourist pedestrian area is Andador Eclesiástico, where Mayan culture and Christian symbols meet. There are major sights such as Arco del Carmen, Casa de Artesanías, Escuela de Derecho, Palacio Municipal, Teatro Zebadúa, Iglesia de la Virgen de Caridad and Santo Domingo. The church of Santo Domingo de Guzmán is particularly distinguished by its distinctive mortar façade with various elements and ornaments and was built between 1547 and 1551 by the Dominican brothers.

The construction of the cathedral of San Cristóbal Mártir began in 1528 and the original building has undergone several changes. The Baroque façade dates back to the 18th century and is richly decorated with plant motifs made of mortar and niches, where the sculptures of st. Peter and Paul. In the interior, works of art such as a pulpit from the 16th century or baroque altars and paintings are preserved. 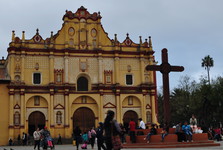 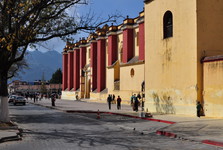 Andador Guadalupano is yet another pedestrian zone, which was inaugurated in 2008, so that locals and tourists can enjoy the historic center and stroll through the stone streets without the constant operation of cars. There is also a park near the church and the San Cristóbal Chapel. There are plenty of stairs leading through Hermanos Domínguez Street, and there is a view of the city, though a little covered with trees. 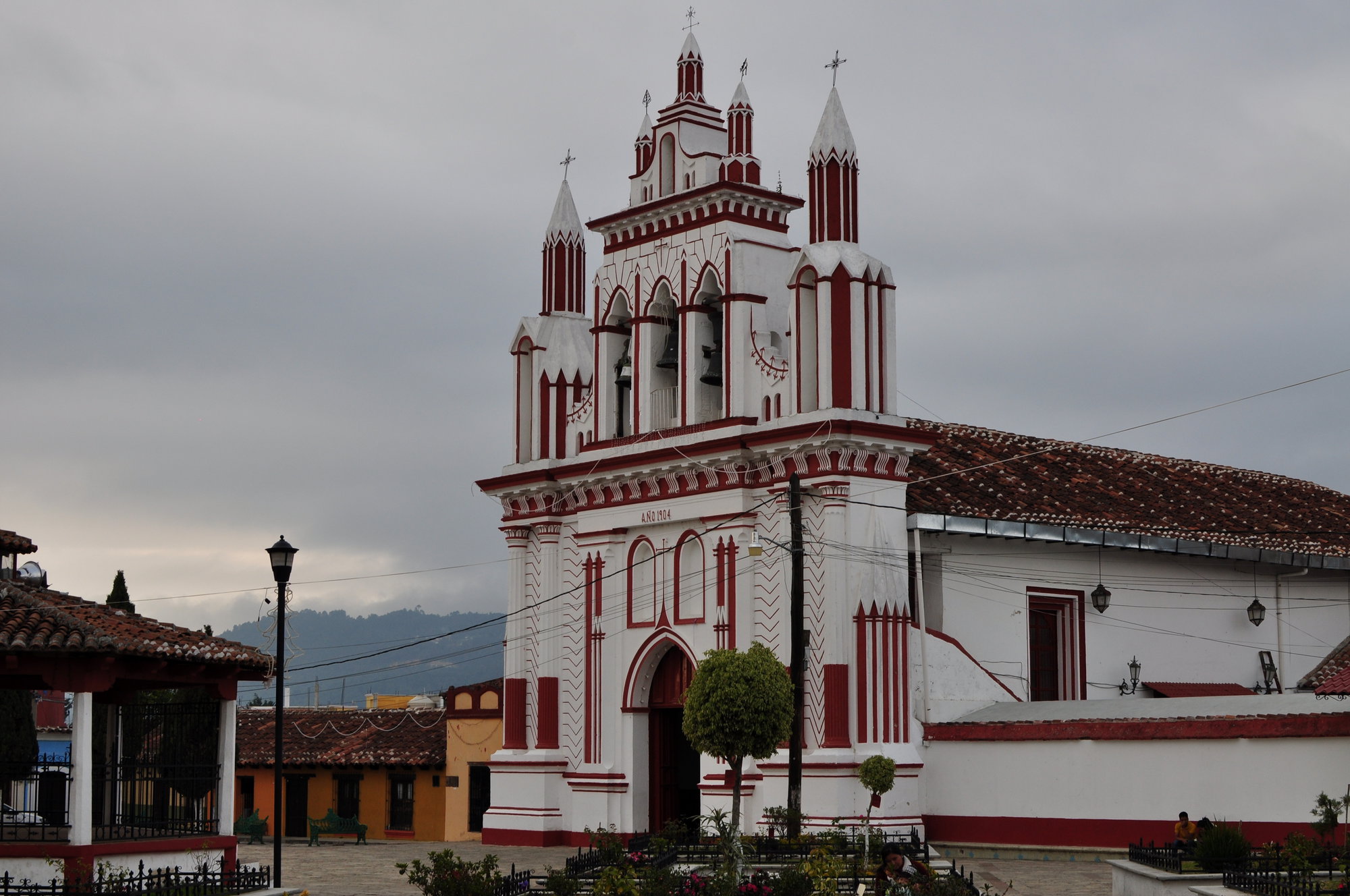 And next time we visit the nearby town of Chamula and Sumidero Canyon.