en.infoglobe.cz » Mexico – Sumidero Canyon and the Town of Chamula

There are different versions of canyon dimensions. The length of the canyon is between 13 and 22 km, depending on what is considered to be the start and end point. This is also crucial for a width of 200 meters at the water surface and about 2 kilometers at the highest part of the canyon. The height of the canyon varies a lot, between 700 and 1400 m, but after the construction of the Manuel Moreno Torres dam and the subsequent rise in water, the maximum height of the walls barely exceeds 800 meters. 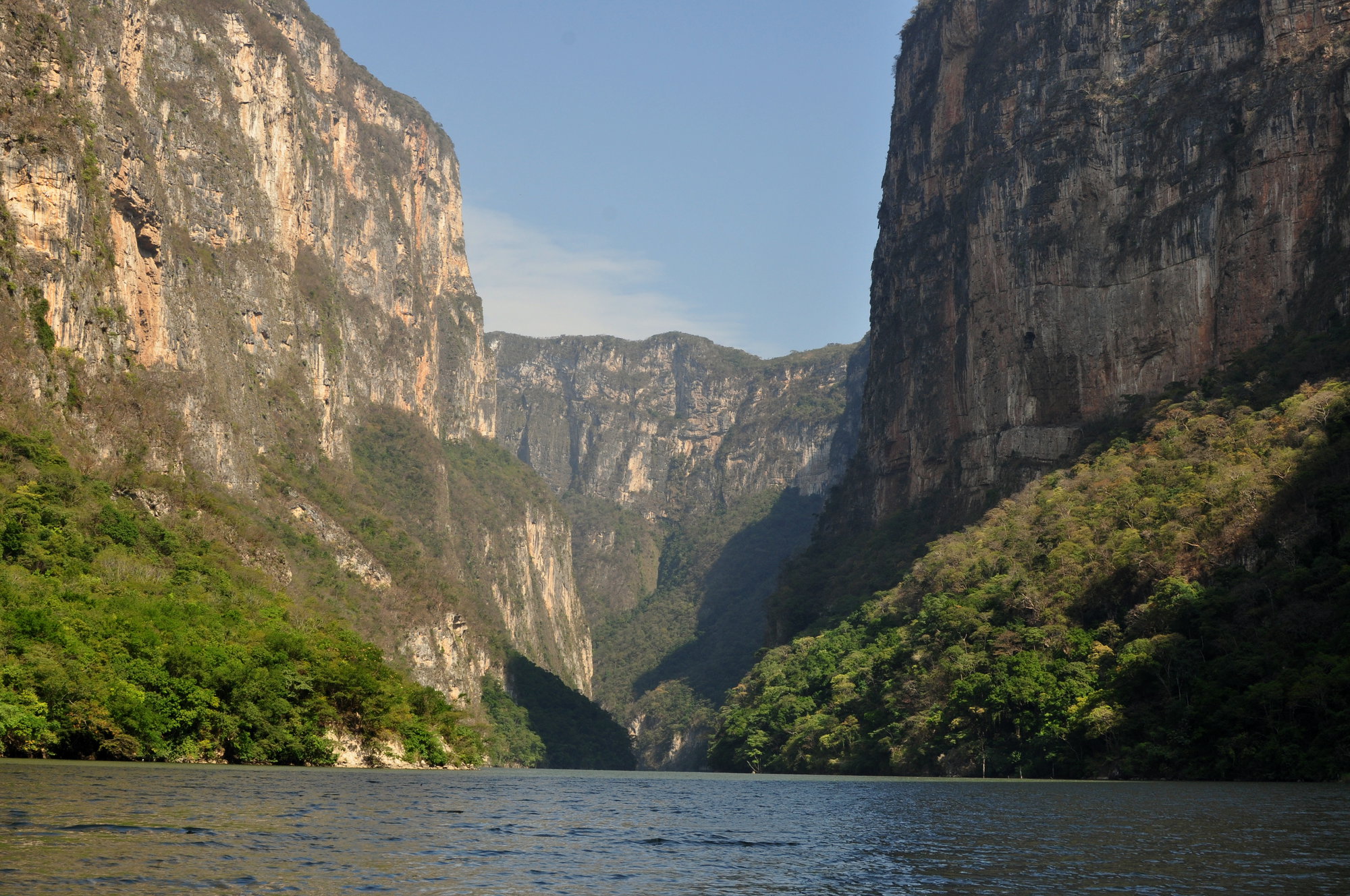 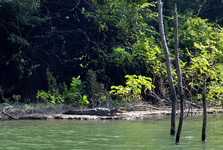 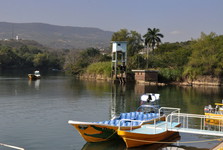 You can also walk around the canyon, but we want to see the crocodiles. We go on a boat on the Grijalva River, we have to raise a hand at the check and show that we have bracelets (that we paid). There are huge rocks above us on both sides of the bar, and a boat trip is a truly magical experience. In addition to the crocodiles, we also see the famous "Christmas tree" (Árbol de Navidad), which is the wall through which water falls, creating over the years a moss-covered structure. The only thing that can ruin your whole impression is garbage. But even a boat trip is worth it. 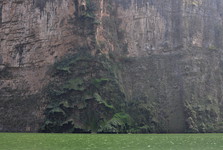 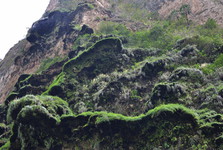 Another place worth seeing is the town of Chamula, where you can make a day trip from San Cristóbal. The Tzotzil community lives here, independent of the Catholic Church, and performs its own rituals in a unique religious syncretism. The main tourist destination is the church of San Juan Chamula. We have to pay an entry fee in the ticket office and then we can enter the church. 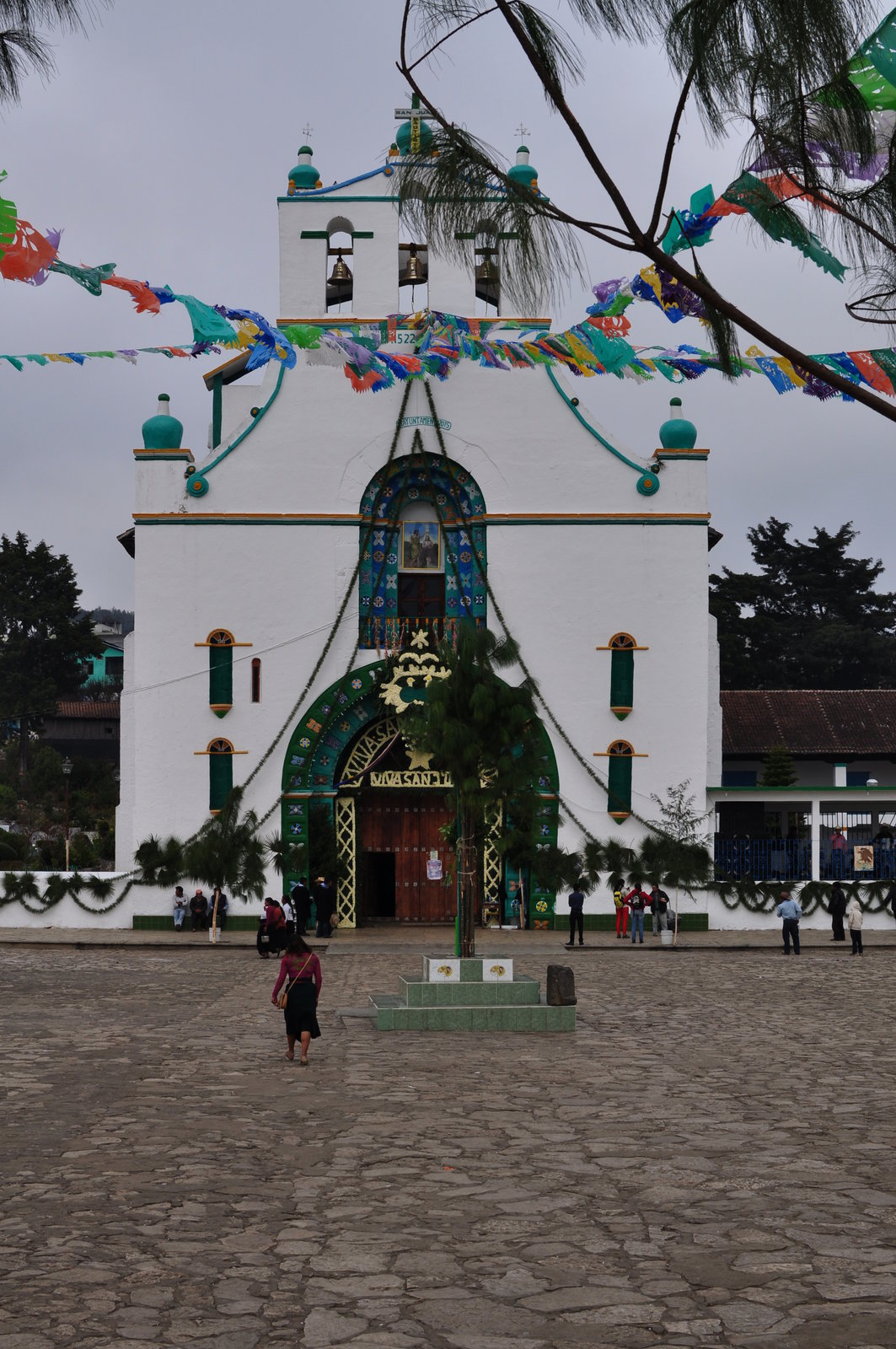 It's forbidden to take pictures here and don't really try. They'd throw you out of here, and maybe you'd get some baton wound. Inside the church it smells of needles, which are lined with flooring, and a lot of candles are burning everywhere; There are no benches inside the church, Chamulane are sitting on the ground or kneeling and doing their rituals. One of them is that they drink bubble lemonade (like Coca-Cola) and loudly loud. Other rituals also use chickens or chicks. Women wearing furry black skirts and men's vests. A visit to a church in colonial style is definitely the biggest attraction in this town. There are markets for food or handicrafts in and around the square. 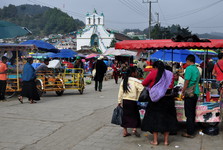 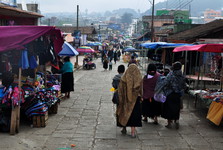 In addition to the church itself, there is the ruin of the San Sebastian church in the cemetery, which is special because the tombs have no tombstones and there are only colored crosses in the country. 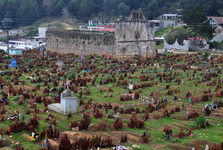 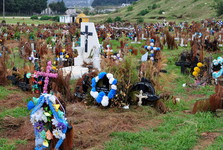