Tulúm can be divided into three areas. One of them is the modern city itself, which has about 20,000 inhabitants. There are restaurants, shops and hotels. Then there is a path along the beaches leading up to the arch where the Sian Ka’an Biosphere starts. Here you will find accommodation ranging from luxury to camping and the beach is public along the way. And the third area is the archaeological site. 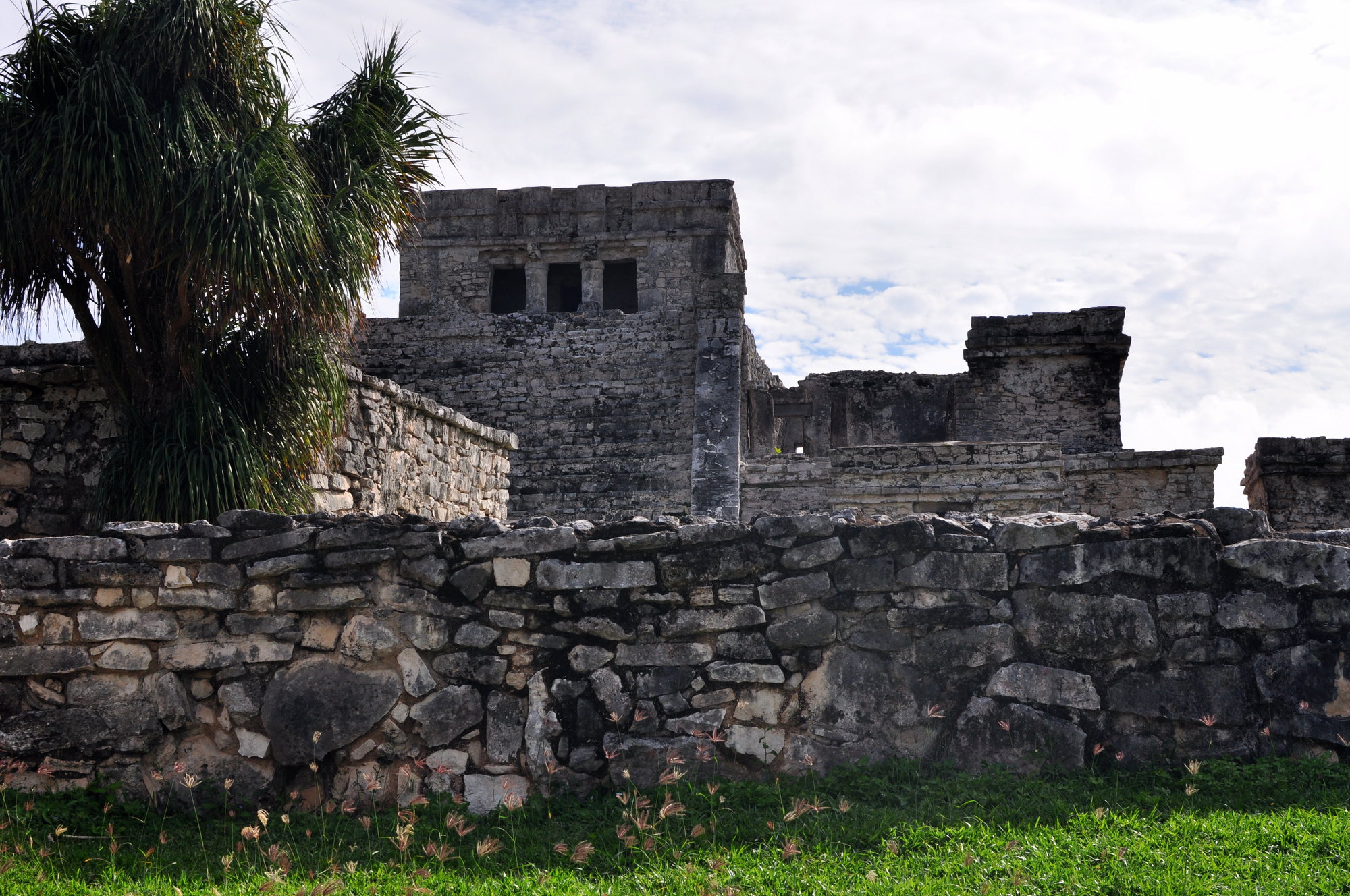 Finally yet in the dark, we reach Playa Roca camp. The camp itself is about nothing, there is no electricity, there is only cold in the showers and there is no drinking water. The only advantage of this camp is probably access to a beautiful and peaceful beach, which we will spend the afternoon. But only after sightseeing.

This is perhaps another advantage of this campsite, within a 20-minute walk to the sights, so it is no wonder that accommodation is more expensive here. The Tulum Mayan ruins have been inscribed on the UNESCO World Heritage List. Moreover, this archaeological site lies on the coast, on a cliff overlooking the turquoise Caribbean Sea. 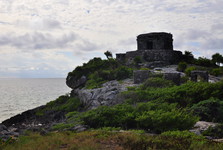 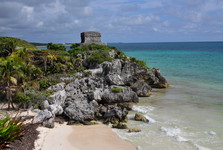 The ancient fortified city was settled for the first time almost 1500 years ago, and when the Spaniards arrived, the city was still inhabited. Every Mayan city had its special purpose, and Tulúm was no exception. It served as a port where turquoise and jade were traded. 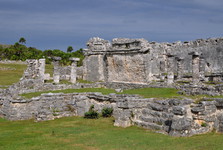 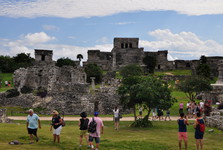 Tulúm was Mexico's only Mayan city built on the coast and was protected by a wall. In

the Mayan language, Tulúm means a wall. The 784-meter wall surrounds the city on three sides, is 7 meters wide and reaches a height of between three and five meters. Such a fortification had a definite influence on the preservation of the port, although there are several theories about why the city was fortified. Either to protect against the invaders, or it is possible that only priests and then aristocracy lived inside the walls while the peasants were kept outside.

Upon entering the ancient Tulúm, we see the gently rolling landscape and the remains of the city. On the edge of the 12-meter cliff is the Castillo, or castle. The whole complex is quite large and there are plenty of ruins and information to read. The vastness of the complex is an advantage because there are many visitors. It is best to go early in the morning because it is really hot and most of the tourists are just sitting in the shade and resting. There is also the opportunity to go down to the sea and take a bath, which you will definitely appreciate. We sit on a large meadow and enjoy the atmosphere of Mayan ruins. 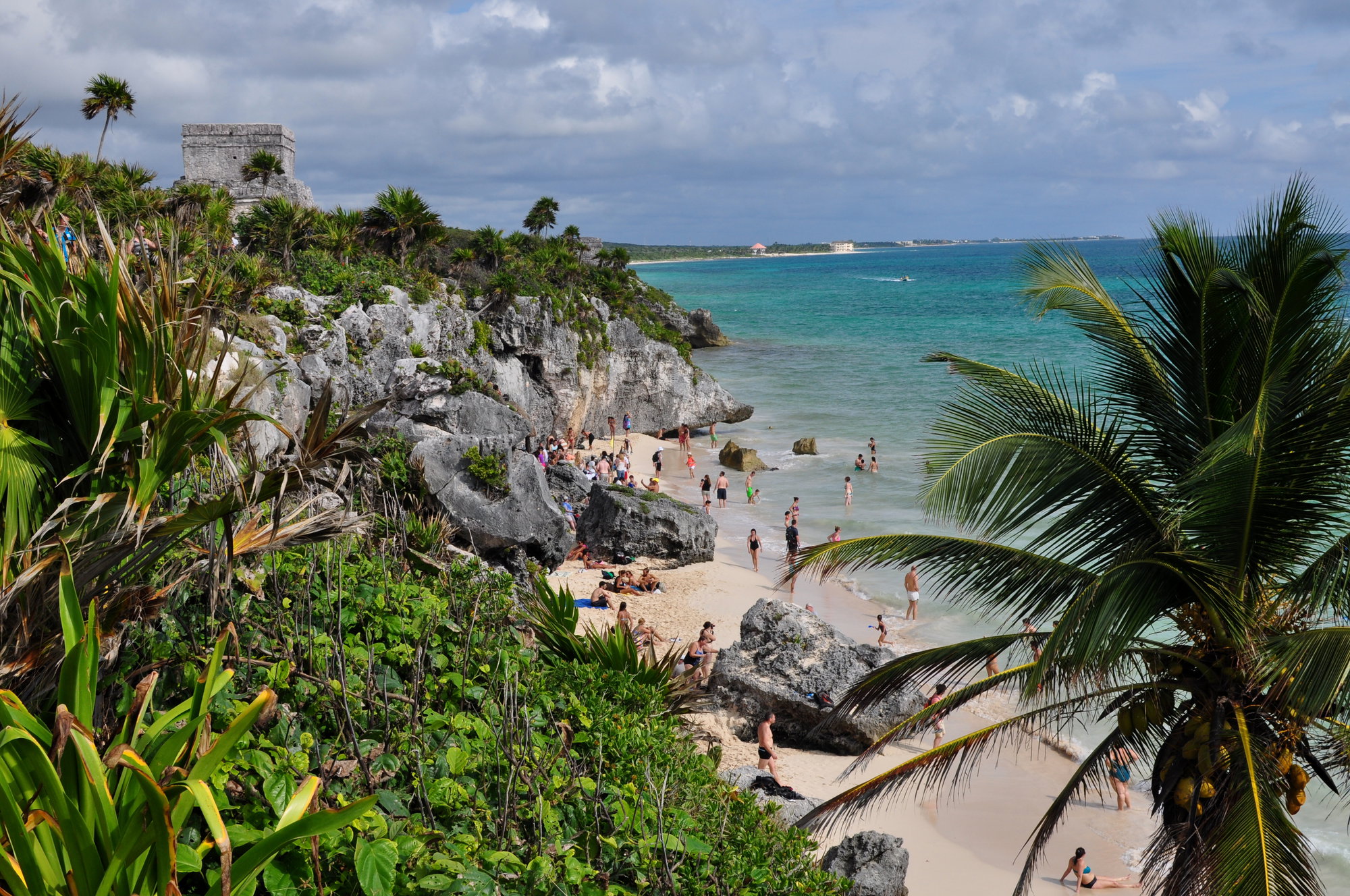