Getting out of the Escarcéga to Palenque was a bit more difficult because it hurts badly when we need to cross the federal states (Campeche and Chiapas) for checks. Likewise, colectiva is getting worse here. But in the evening we get to Palenque. 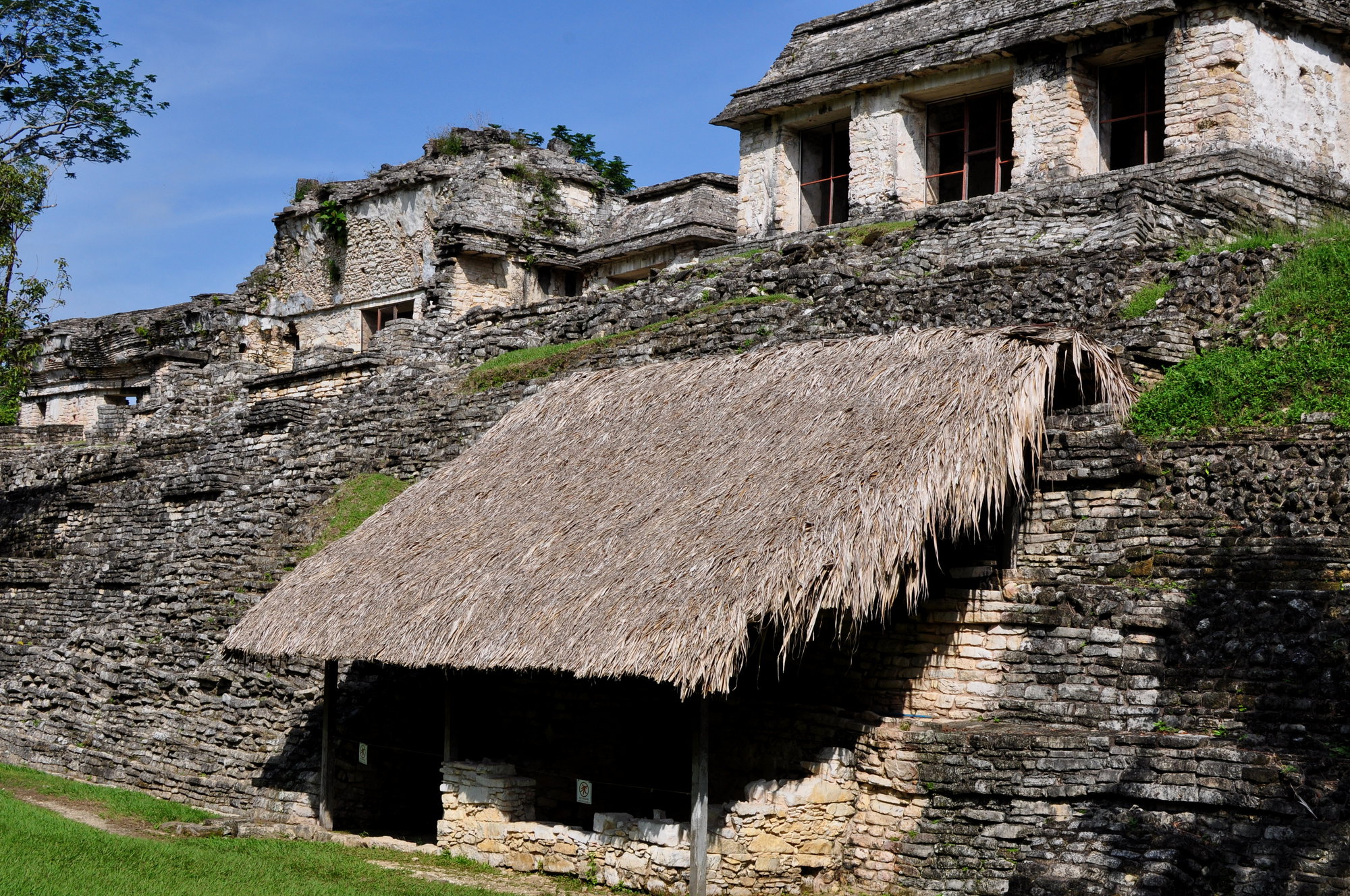 Palenque was once a small community that established a jungle settlement. Officially, the city was founded by Fray Pedro Lorenzo de la Nada in 1567. In 1573 he gave the Palenque community three bells to symbolize the foundation of the city. To date, only one has been preserved, the greatest one, which is in the church and is considered the only testimony of establishment. 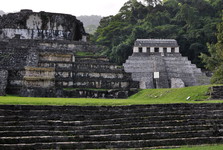 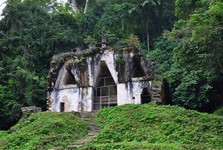 The archaeological site itself is located 8 km from the city and bears the same name. The true name of the ancient city is Lakamha, translated as "Great Water," but the Spaniards renamed it. The history probably dates back to 100 BC, reaching its peak between 600 and 800 AD, and since 900 the city began to decline until it was absorbed by the jungle. The first official exploration of the site was made in 1784 by José Antonio Calderón. It was one of the most important Mayan cities of the classical era, and today is a renowned archaeological zone due to its architecture, sculptures and extensive hieroglyphic inscriptions. There is also a museum where archaeological finds were located.

The first is the high pyramid to the Templo de las Inscripciones, which has five entrances. It is basically a burial temple filled with inscriptions. In the depths of the building there used to be a funeral hall and a mortuary and a richly carved sarcophagus that contained the remains of Pakal II. A replica of his tomb is in the museum. 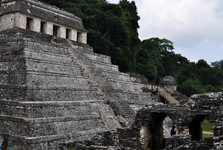 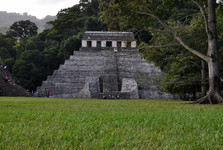 The vast El Palacio is not a separate building, it is a magnificent group of interconnected buildings on an artificial terrace that have been built and rebuilt over four hundred years. This palace is very diverse, with various corridors, underground galleries, courtyards, hieroglyphs and other sculptural features. Beyond El Palacio, there are other sights - the Templo del Sol, which features the best preserved ridge of 4 meters, the Templo de la Cruz, which is probably the most beautiful view of El Palacio, and Templo de la Cruz Foliada. In the northern part away from El Palacia is Grupo Norte, which consists of five aligned buildings on the same base. 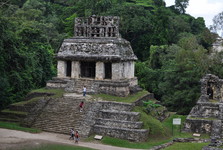 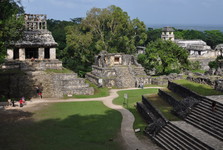 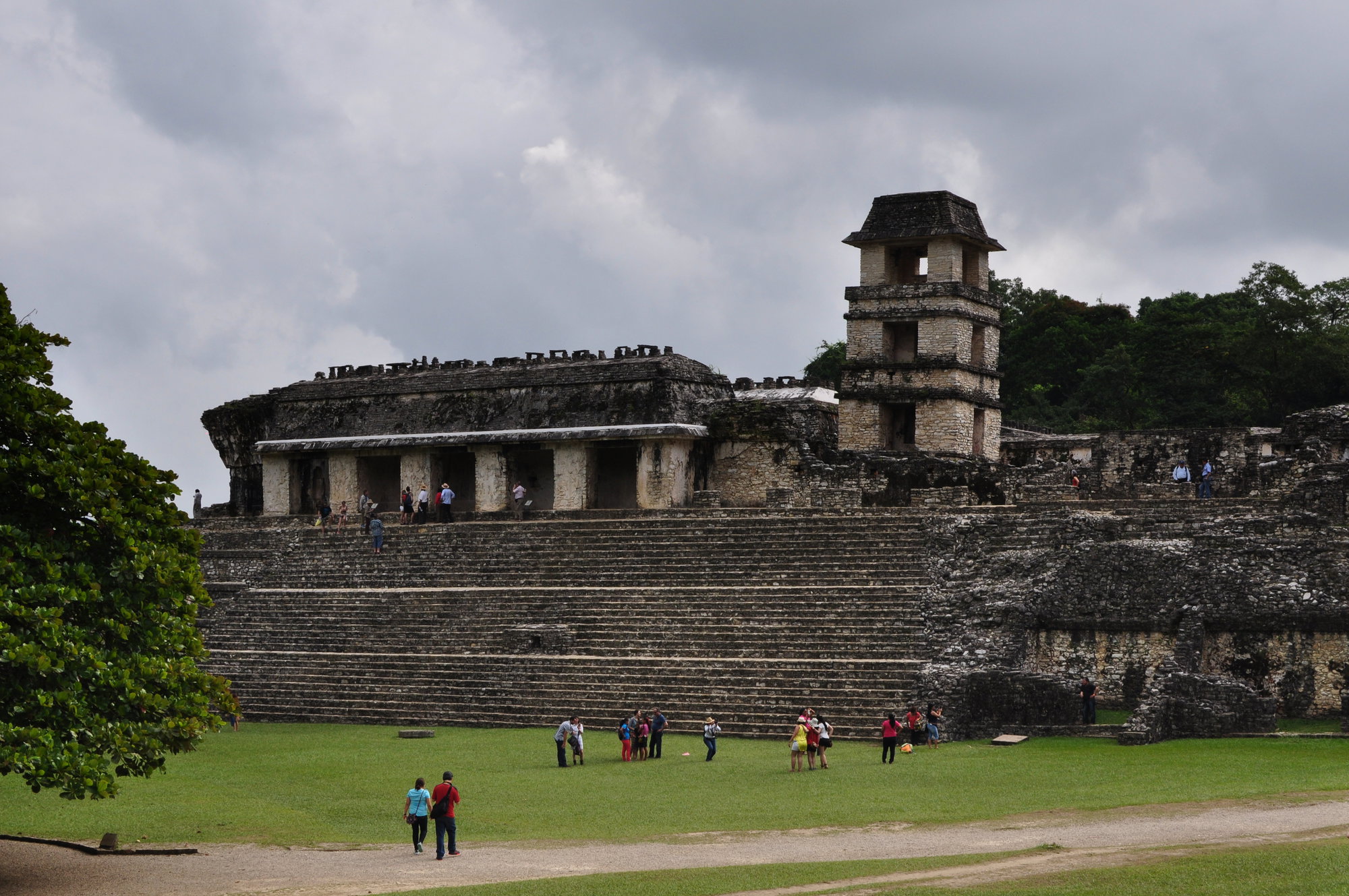 And these are just the main sights, in Palenque you can spend a lot of time before the whole complex passes and inspects. The sooner you are there, the more peace you will enjoy.