Published: 10.9.2010
Small town of Modrý Kameň is situated not far from district town of Velký Krtíš, in south of Central Slovakia. As a dominante, it is a hill with historical castle. Slovak National Museum established there a Museum of Puppet Culture and Toys, the only one in Slovak Republic. 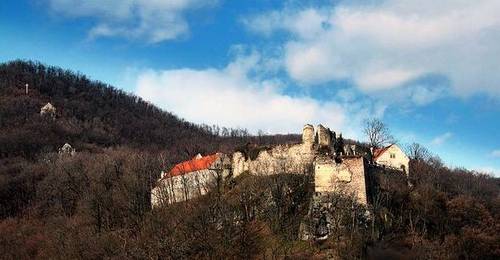 Modrý Kameň Castle was founded in 12th century. Anyway, shortly afterthat, the castle was in possession of Balas Family, important Hungarian Parentage. Later, the building changed, owing to its strategic position, to anti - Turkish citadel.  However, in 1575, the Turks seized the castle,

and, before they left in 1593, they found a big fire and blew up the building (before they escaped in front of Emperor´s military troops). Later, the owners had the intention to renew the castle, but, after new war with Turks, it was destroyed again. In 1730, Gabriele Balasa built  in low section of ruined castle a chateau in Baroque style. Upper part of the castle remained in ruins and served to the nobility for walks and outlook.

Countess Almassy became a last proprietor of the castle. Nevertheless, in 1923, she sold all the complex to Czechoslovak state. The building served for various purposes and was dilapidated a lot. Since 1991, the castle became a seat of District Educational Museum (before, this institution was placed in near community of Dolná Strehová). 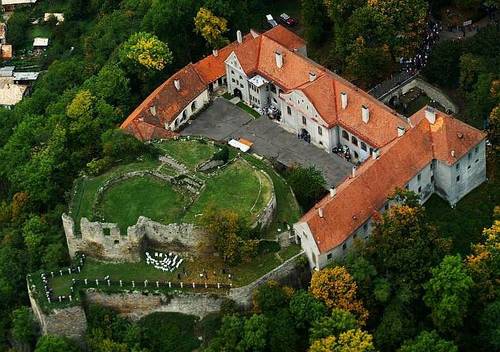 Now, the building is a seat of Museum of Puppet Culture and Toys, as a specialized museum, orientated, first of all, to history and present time of puppet theatre, history and development of children toys and also history of the region. In castle courtyard, you can find original execution of wandering theatre carriage. In past, the arrival of such complex, was cheered by children and adults in many towns and villages in Slovakia and abroad. In the exhibition, you can find the samples of puppet art from European as well as exotic countries.