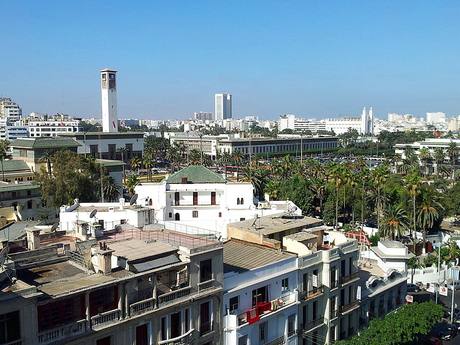 Tourists often overlook the city. Holidaymakers who visit Morocco usually want to see Marrakesh, Fes, Chefchaouen or other exotic places in the country. However, it is Casablanca what tourists see first when arrive in Morocco. Instead of skipping it as many tourists do, we spend here a little while. 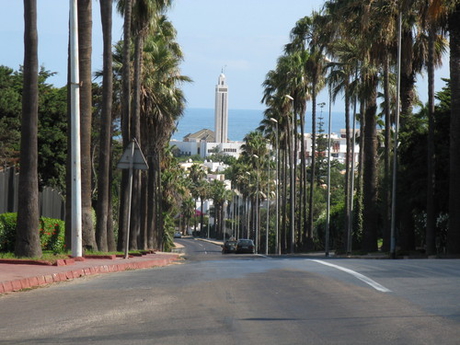 Perhaps you remember a remark on Hassan II from last time. In Casablanca, is his mosque built in 1993. It was designed by French architect Michel Pinseau. It is the largest mosque in Morocco and Africa and the seventh largest in the world. Its 210-meter high minaret is the highest in the world. On the top, there is a laser. Its light is directed towards Mecca.

The mosque can hold impressive number of believers. Altogether, 100 thousand people can pray there, 25 thousand in the inside and the rest outside. The main hall is centrally heated and more than 6000 artists contributed to the decoration. This hall is so large that it contain the main nave of Notre Dame cathedral or St Peter church in Rome . The mosque combines Islamic architecture with Moroccan elements. Woodcarwings are very elaborate. The material is from cedars in the Atlas mountain range. Marble was imported from Agadir in southwestern Morocco, and granite frm Tafraout, a city in south Morocco. 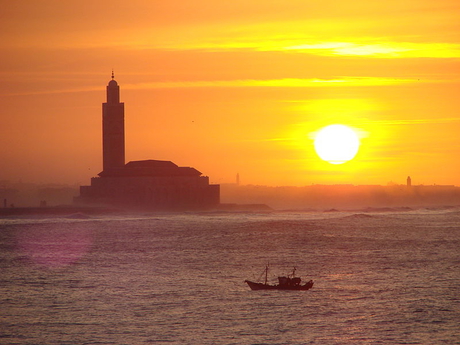 Some say that to enter Casablanca it is like to travel back in time. Once you cease paying attention to omnipresent chaos in the streets you can admire historical heritage which France left in its former colony. French architects influenced by Art Deco built there many buildings inspired by the distinctive art style. Many of such houses are renovated yet many are still in shameful decay. 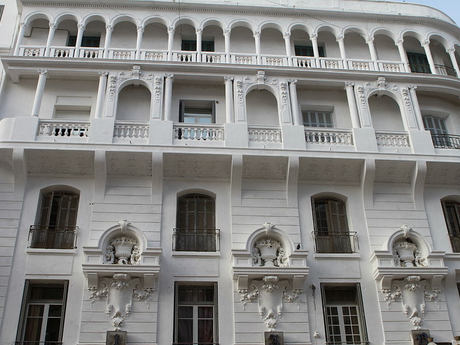 Casablanca is a place of modern cuisine as well. It could very well be a popular tourist destination only for what you can eat there – from gourmet hamburgers, to local variations of Spain cuisine, or great cocktails and so on..

Published: 3.4.2015
After couple of week we spent in Iran now we travel thousands of kilometers westwards, to Senegal, a small African country on the Atlantic Ocean shore.