It is best to take the route from the seaside Essaouira (formerly Mogador) via Marrakesh, after which the altitude kilometers in the Atlas Mountains are a breeze. From Marrakesh, the old caravan route leads to the desert, and just after that it is best to go. However, the bad roads swept away by spur wheels and horse-drawn carriages (although they can be met in Morocco) do not wait as soon as you leave the mountain serpentines, waiting for you hundreds of kilometers of driving with absolutely straight plains over repaired roads. 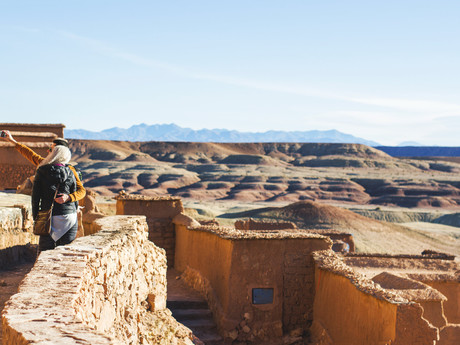 And on these plains, specifically in the Ounila Valley, which falls into the Ouarzazate province, is the pearl of the right Morocco, ksar (fortified village) Ait Ben Haddou. It is the most important and best preserved example of traditional Moroccan clay architecture, the present form dates back to the 17th century AD, but the building techniques used are essentially older. It is unique because of the state it is in. Unlike other ksars and kasbahs (family fortified settlements) in the area, it has been preserved to this day without any significant damage.

Ait Ben Haddou is situated on the hillside of a lone rocky hill, lined with rich palmeria and lazy river flows. Not only are clay buildings, despite their appearance with the surrounding landscape, the most spectacular point of the valley, they also provide protection from the insistent African sun and, in the past, the determined attackers, for whom the orientation inside the fort had to be a superhuman task, thanks to its southward orientation.

Nowadays, however, the locals have moved across the bridge to the other bank of the river bed, where they have built more modern houses equipped with air conditioning and security systems. Only four families are now living in the fort, but in the past they were able to accommodate up to several thousand people. 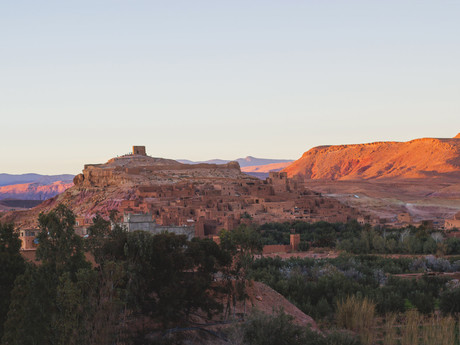 In 1987, Ksar was legitimately listed as a UNESCO World Heritage site. Ait Ben Haddou has greatly helped filmmakers, for whom Morocco has long been visually appealing and, above all, a cheap location. Scenes from many films (such as Gladiator, Mummy, or Kingdom of Heaven) were filmed right in the fortress and its surroundings, but most of all, local tourism was influenced by the appearance of the local ksara as slaver's fortress Yunkai in the popular Game of Thrones series.