The oasis in which Tinghir lies is over 30 kilometers long and was created in the natural channel of the Todra River, which flows through the city. The vast palmeria lining the city extends over 48 kilometers and is nourished by a system of canals and blind branches of the river. 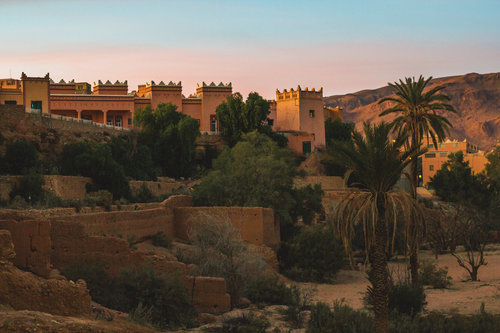 These channels lead countless ways that will satisfy even the most curious visitor. During the walk, local farmers can be observed and the way they use the complex canal system to supply their vegetable beds. They protect against the sharp desert sun just huge palms. In the middle of Palmeria, not far from the city, we also find a half-ruined kasbah, which is certainly worth a visit.

Most visitors from Tinghir head to discover the two beautiful gorges of Todra and Dades, which were created by a river of the same name and which lie nearby. The walls of the more distant Dadés gorge rise to almost half a kilometer and are one of the most beautiful gorgesfor driving by car or motorbike. In the gorge there is also a bizarre rock formation called Monkey Fingers, which rises directly from the Dadés River and resembles the outstretched palm of the monkey. 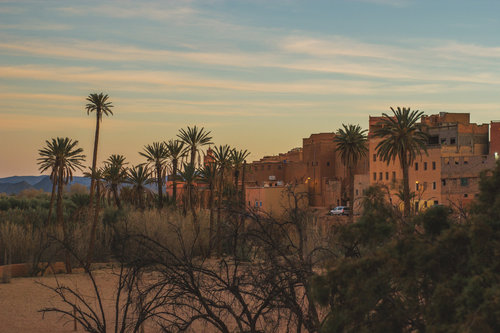 The Todra Gorge can be found about 15 kilometers from the town of Tinghir. The entire ravine is approximately 18 kilometers long and leads through a paved road. At the narrowest point, however, the rift is only a few meters wide and the rocks above it tower to a respectable height. Even so, enterprising Moroccans are able to fit in with their stalls with goods of all kinds and so can some minor traffic jams be expected. 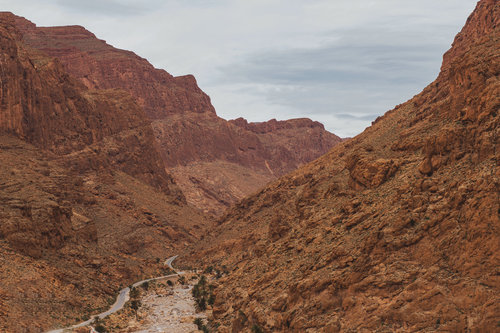 In this part of the canyon you will also find the only Moroccan ferrata. It is a simple, secured journey designed especially for beginners. It takes about 45 minutes to complete and all equipment can be rented on site.