en.infoglobe.cz » Myanmar: The Country of Many Faces IV – Hsipaw and Bawgyo Festival

So is it Burma or Myanmar? Maybe you wonder why I sometimes write Burma and sometimes Myanmar. The original name of the country is Burma. However, the military junta decided to change the name to Republic of the Union of Myanmar. It was just a gesutre for the media. The world was supposed to think that a new country was founded in Asia. Every world's country uses what suits it best. Myanmar is more used in Europe whereas in the US and UK Burma is more often to be seen. 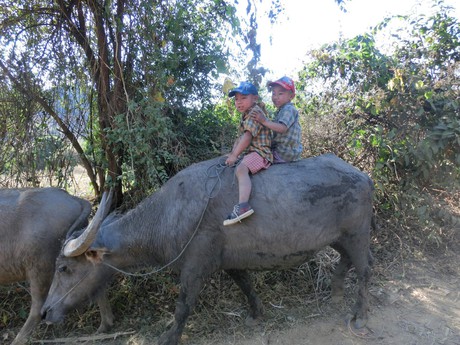 Today we set off from Mandalay to Hsipaw town which is also known as "little Bagan." A quite bizzare story is linked tothe small alpine village. The legend tells a story the first tourist who visited the countryi n 1992. He wore a monk's vestment and held a bowl of rice. Locals were affraid of him because no tourist had ever been there. The unpleasant moments were ceased by a laugh of a small child. Locals saw in it a sign to accept the tourist in frindly and hospitable manner. They ceased to be distrustful. Thus, they opened the closed gate of the Shan State. 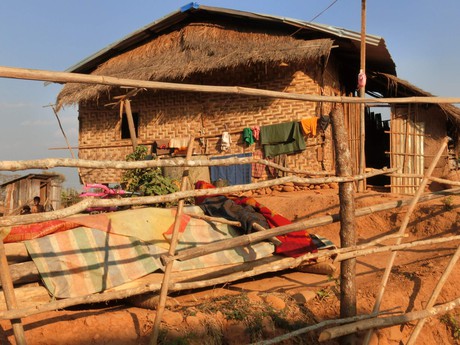 Hsipaw is small town with old temples and interesting pagodas. In front of pagodas, blue, yellow, red, and black flip flops lay about. These flip flops are produced in a factory nearby. Old tires and oil are used as production materials. Naha Nanda cloister is a remarkable landmark. There is a bamboo statue of Buddha which is gilded. They say that there is more gold in Myanmar's pagodas than in Swiss banks. 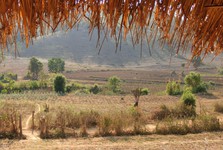 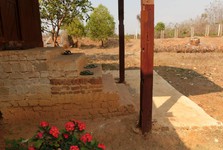 Hsipaw is one of Burma's most fertile regions. This you can observe at the morning market or reddish soil. It is worth getting early to see the morning market and enjoy morning hustle. There is lots of vegetables: bulks of huge garlic, onions of different shapes and sizes, pea with dew on them, fresh green parsley, red tomatoes in wooden baskets. Wooden stalls stand nearby. There you can buy jerky meat, paan leafs, several types of ginger, or sacks with hot chilli peppers. 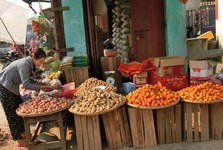 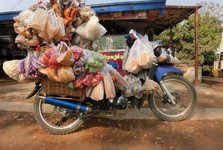 In February, "the pagoda celebrations" take places in Bawgyo, a town 8 kilometers from Hsipaw. The fest doesn't take place on a certain date. It is according to full moon similar to our Easter. Burmese from all around the country come here to this huge celebrations. The yard in front of the Bawgyo cloister is one of the most valuable in the Shan country. There are stall squeezed one to another selling sweets made of sesame, fruits in sugarcane, a road snack made of rice in a bamboo packet. Beware of little ring things which look like made of chocolate – it is fish fat. There are also all kinds of rides and attractions. Black smoke even comes out from some. Nobody seem to take care. People rather have fun. I break the rules of careful traveller and buy a scoop of ice cream from a travelling vendor. Later in the evening, there are beautiful and colorful fire works. 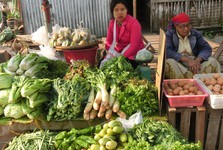 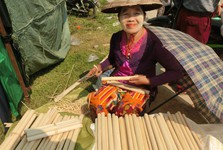 You should go to Hsipaw town to „Sunset Point“ if you want to experience great sunset. Head to Lashio, cross the bridge guarded by two little green man and then turn right – now you can see a pagoda up on the hill. The climb takes around 25 minutes. The Shan Hills create the background to the sunset. We observe sun rays sliding down under the horizon in peace and quiet. 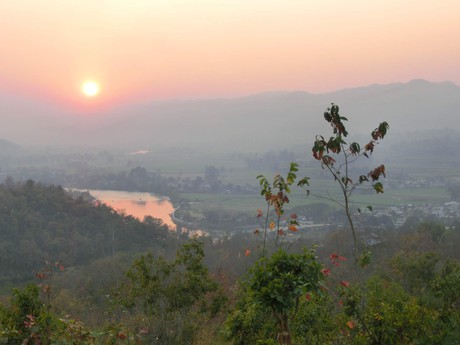 Next time you are going to experience fascinating and memorable train ride across the famous Gokteik viaduct. Hopefully we will see the canyon from a riding train.