en.infoglobe.cz » Myanmar: The Country of Many Faces V – Crossing the Gokteik Viaduct by Train

We stand at Hsipaw train station waiting for our turn. You don't have to book a ticket for a second-calss train. Just be in time at the train station. A kind railroad official with glasses waved his hand at us to show that we can approach his desk. We have to show our passports. He wrote down their numbers into his smudged notebook which, on the other hand, very orderly conducted. 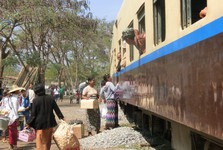 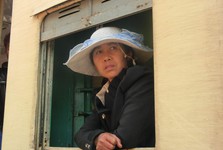 The engine is heard for its loud whistle and gray cloud of smoke. We start our quest to find the right carriage with seats. The conductor nervously observes what we do there and he set off to help us. Some faster co-passagers have already occupied our seats. Yet they are kind and leave them. 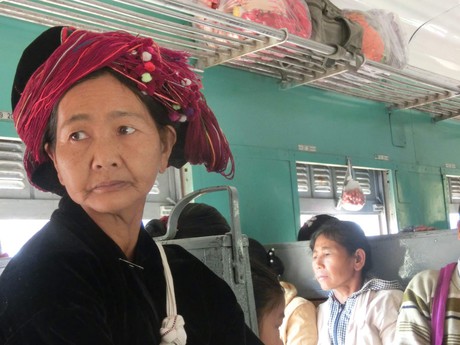 The conductor whistles. One bump. Another one. The train starts moving. Every carriage sways in different direction. Therefore you can observe the forces of gravitation with your naked eye. Everything that is not fastened falls down. Us included. I hold on to a seat but I end up on the wooden floor anyway. It is covered in sunflower seeds feels and other stuff. The train stops often. Every stops takes about 20 minutes. Vendors with their woven baskets get in. You can buy something sweet or salty. 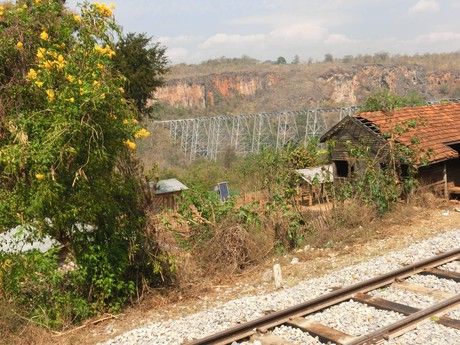 We are approaching the grandiose Gokteik arch bridge. The train slows down and then goes in very slow pace. The viaduct is over 700 meters long and 102 meters high. It is supported by 15 pillars of the diameter 12 meters. Amazing experience. 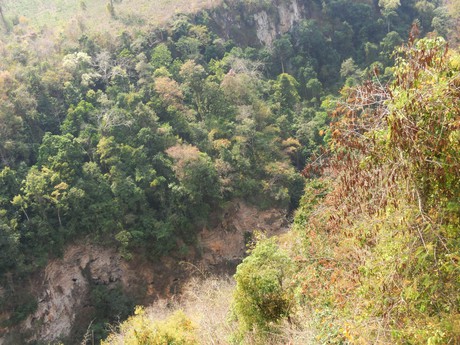 A British company and the American company Pennsylvania and Maryland Bridge Construction received the contract to construct the viaduct in 1899. The main route of the viaduct was put in operation in 1991 (Naung Hkio–Hsipaw). In 1993, the second section was finished (to Lashia). Thus, a fantastic, timeless railroad bridge was finished. The whole world envied Burma.

It takes several to cross the bridge. However, the memory of squeaking rails and the view over a deep Asian canyon will remain forever in my memory. Don't forget to get off the train at Pwin U Lwin. This is our next stop where we visit colorful botanical garden and beautiful waterfalls of crystal clear water.