en.infoglobe.cz » Myanmar: The Land of Many Faces VII – Bagan on a Bike

Four hours in the bus with air conditioning from Pwin U Lwin and a transfer in Mandalay we get off in Bagan in Nyaung U (at central station for people with backpacks). The ride costs 9 000 kyats (about 180 Czech Koruna). 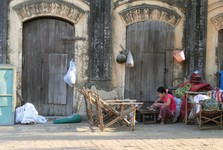 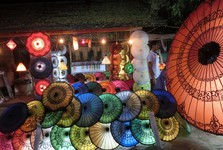 The oldest town in the kingdom is situated in the driest region of Myanmar. The yearly average precipitations are 1000 milimeters. This region was formerly known as the "thorn land." It is empty during the day. Everything changes once the sun set. Tourist crowds armed with tripods climb up to see the most famous temples. However, don't seek nice moments among tourists. There are so many buildings - over 2230 on the area of 40 km². Find your own. Find such where you will enjoy the morning and evening sun as you like. 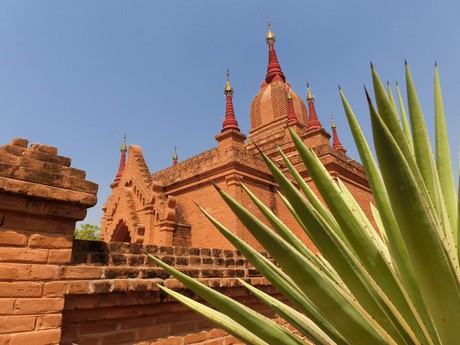 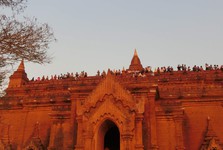 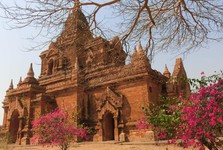 The ancient city has its own charisma even during the daylight. You can rent a normal bike or an electric bike. Motorbikes for tourists are not allowed. We rent a bike for 1000 kyats (about 20 Czech Koruna). Then we ride the Bagan land with its 911 temples, 524 stupas, 415 temples and 31 other types of buildings. To ride the entire area through is beyond our capabilities. Therefore, we rent an electric bike for 9000 kyats on the following day. 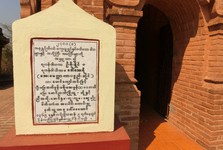 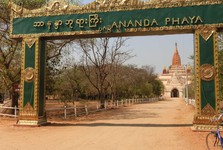 The electrict bike is an ideal solution for this area when its getting really hot. The best option is to lend it early in the morning. The price is the same for a day rent. Make sure that you rent a bike with fully charged battery. Take a telephone number of your bike rental in case you would flatten a awheel or your battery would go empty. Turn of the engine when going downhill. Thus you save energy because such a bike is very strenous to push. 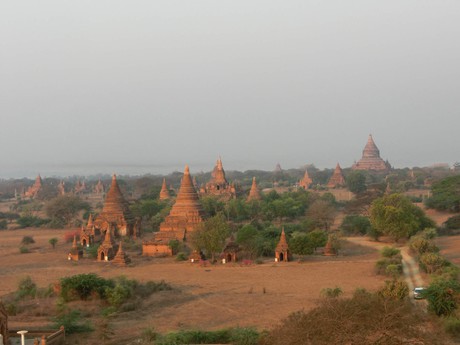 The Bagan architecture is famous all around the world. Every strucutre has its own character. Ananda pagoda is considered the most beautiful of them, the best lif of stupas is Shwezigon, Dhammayangyi became the large Bagan pyramid. Gubyaukgyi pagoda has the most beautiful interior paintings. Nanpaya is famous for beautiful sandstone reliefs. Kyaukgu Umin meditation cave is the center of spiritual life. Shwesandaw is the stupa with the most beautiful view. Thatbyinnyu is the highest building of the former royal town. So, what would be your "best of"? 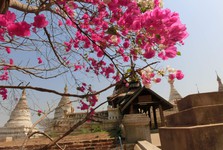 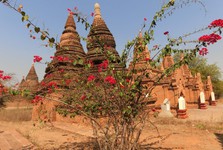 Would you like to see the structures from the bird's eye perspective? You can book an exclusive balloon flight right in downtown Bangkok. We recommend you to book a flight in advance for the demand is high.