We get in a taxi. We drive 11 kilometers south from Mandalay for a bargained price of 25000 yatts (about 500 crowns). We are headed to Amarapura. A bike ride is also recommended. However, the temperature rose to stagering 43 °C so we rather skip the bike option. 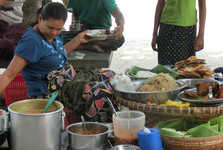 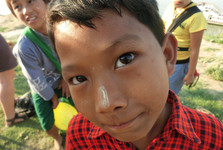 The name Amarapura originates in Sanskrit. It means "the city of immortality." Often, there people distinguish its south part called Taungmyo and the north part called Myaukmyo. The year of 1782 was the most fruitful for the city. Then King Bodawpaya made Amarapura the capital of Burma (older designation for Myanmar). Forty years later, Inwa became the capital instead of Amarapura. However, Amarapura became the capital once more in 1841 but it lasted only till 1857. Then King Mindon moved to his palace in Mandalay. 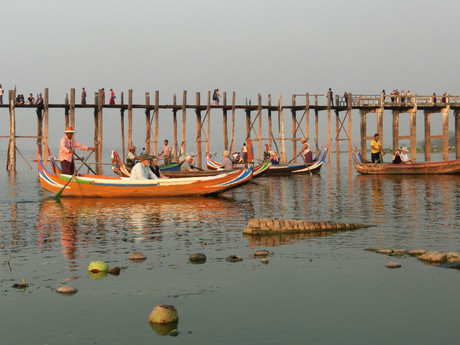 Amarapura became famous for cotton growing and the longest bridge. There are many fields and gardens where you can see cotton threads which need to be perfectly dried. Our journey, however, is headed to the famous bridge. The longest teak bridge in the world is 1,2 meters wide. It is very popular among tourists and Burmese newly-weds. 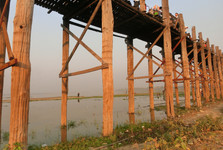 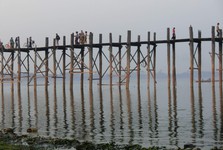 Crowds of tourists go toward the bridge to see the sundown everey day. It is better to go there early in the morning. It is less crowded as many are too lazy to get up early. There are, however, several options how to enjoy sundown or sunrise. Either, you can set off to the teak bridge. In this case you will see only the sun and not the sun and the bridge together. Or, you can rent a boat. "Boaters" know some places where to get the best pictures already. Or you can just walk below the bridge and find your place where you can be alone and enjoy sun light with the teak background. 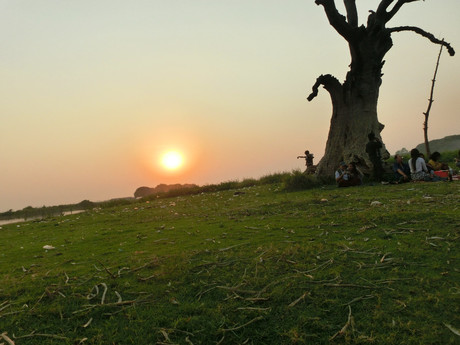 I sit below dividing walls made of teak. I look straight on the setting sun. Near there is a group of young Burmese guys who celebrate birthday here. I receive a cold beverage and they start taking pictures with me. They are fascinated by the color of my skin. They are very pleasant. We start chatting about Burma and also "Czechoslovakia".

Mahagandayon cloister is another place you can visit in Amarapura (it is one of the largest in Myanmar). Don't forget to visit Pathodawgyi pagoda. There is a bronze bell which has 2,3 meters in diameter. Guan Yin Temple is a place worthy your attention. It is considered the holy root of Amarapura and Shwe Kyet Kya and Shwe Kyet Yet pagodas. These are constructed right on the Irawadi's riverbanks. 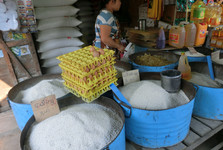 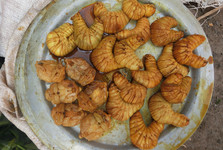 We get back to Mandalay at night. There is a night market at which many tempting and repelling specialties are sold. The streets are crowded. Everybody gathers around a kettle inside of which water is boiling and in it pork meat. Meat is prepared right on the street. Meat and entrails are skewered. More daring people can try even fried caterpillar..

What's coming up next? We ride north.