en.infoglobe.cz » Nepal – A Trek Across Three Klippes and Visit to Base Camp on Everest

Of all the treks in the Khumbu area, over three saddles is the most challenging. If you like challenges, you won't find better. This route guarantees you an exciting and memorable experience with fascinating views of the Himalayan giants. You can enjoy spectacular views of Everest, Lhotse and other peaks along with the Khumbu Glacier. 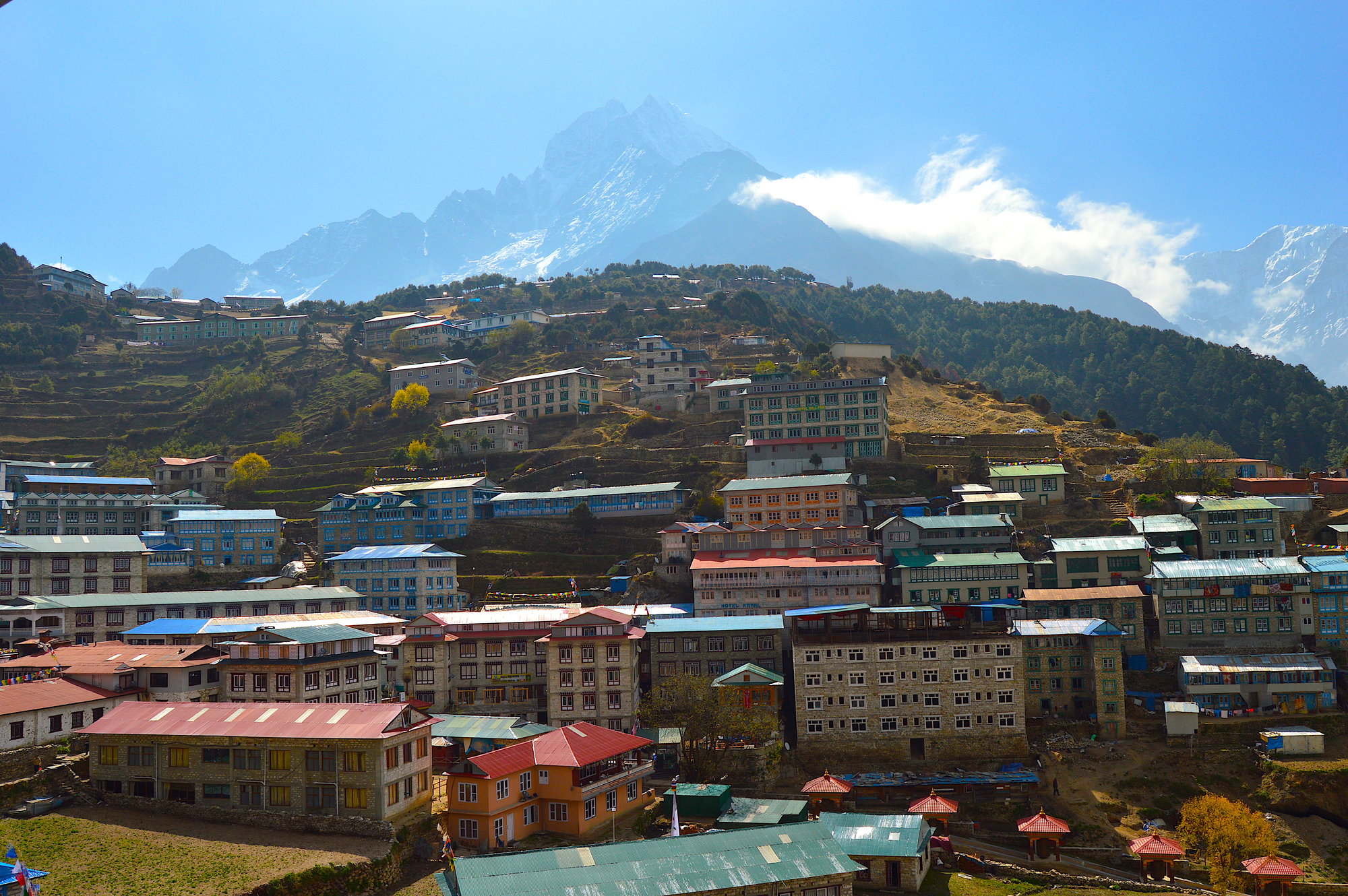 Every trek in the Khumbu area begins at the popular airport in Lukle, from here heading north to Namche Bazaar. The roads lead through the less frequented villages of Khumjung and Phortse, from where you can disconnect from the main route again. The first and also the most difficult pass is Kongmala (5,540 m). After crossing the first saddle, the roads connect again to the legendary trail that will take you to Gorakshep. Here you will have the opportunity to explore what is happening in the base camp and also climb Kala Patthar, a viewpoint that opens up some of the best views of Everest and the surrounding peaks. The path leads back through the valley through Lobuche to Dzonghly. Once you leave the popular route of the Khumbu Valley, the landscape will change dramatically and you will be almost alone on the road. Nowhere even a livelier. From Dragnak, go towards the second klippe in Cho La Pass (5,420 m) tall the way to Dzonghla. 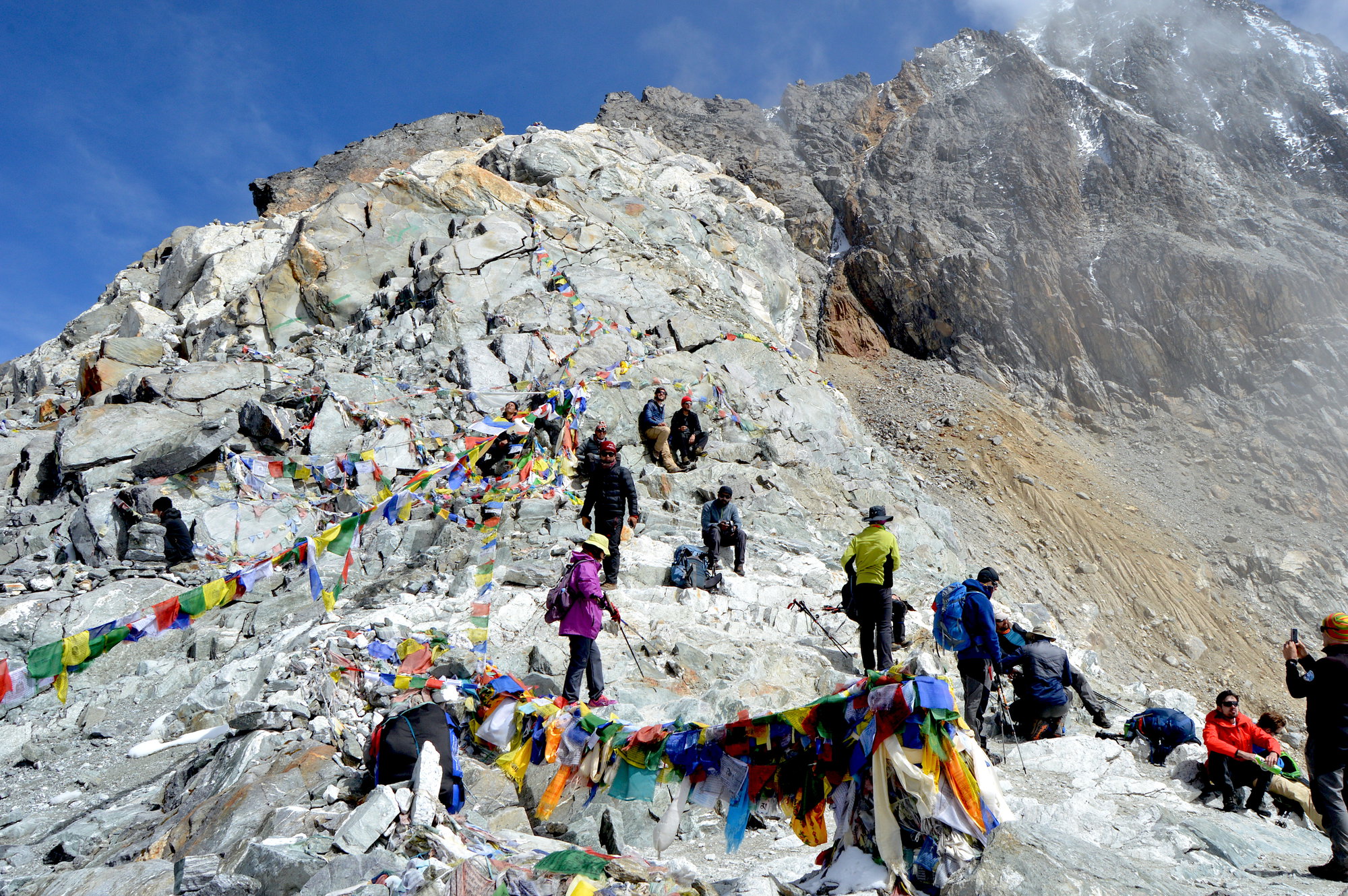 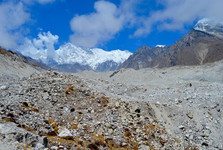 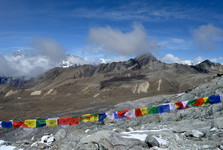 After reaching the last saddle you will pass the largest Nepalese glacier Ngozumpa, where you will begin to open views of the first lake and then you will only pleasant descent to the village of Gokyo, which lies at the sacred turquoise lake Dudh Pokhari. Really turquoise, you won't believe your eyes. From here, most of the voyages set off for a walk around the lake, as well as "light" on the Gokyo Ri (5,357 m), overlooking the lake. Since the journey is lengthy, winding and seems endless, it is started before dawn with headlamps. After three hours, mostly just before sunrise, you are at its peak. The views of the four eight thousand meters will make up for the difficult journey. Only one challenge left! And this is the road to the last saddle Renjo La (5 370 m). The journey is very lengthy, from the summit, if the weather is nice, Mount Everest will show off in full beauty with a view of the lake. Then you will have a steep, snow-covered descent to the shepherd's homestead Lugden. 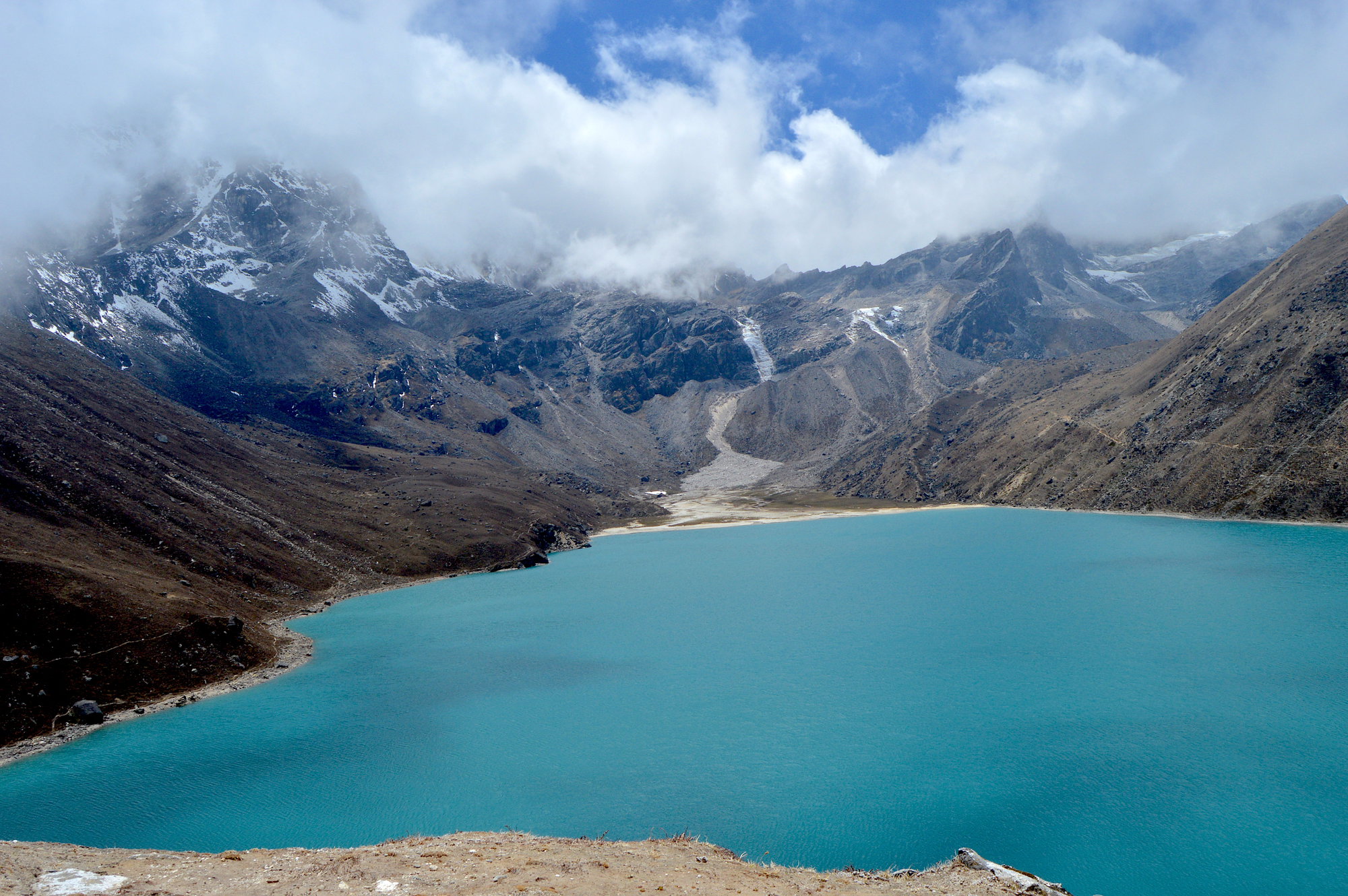 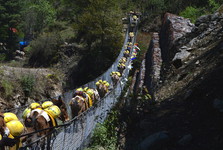 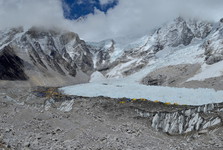 Alternative Way Back to Kathmandu

If you still have the strength, then you can walk to the village of Jiri, Salleri or Phaplu, a few days from Lukla. However, it is necessary to prepare for very narrow walkways with donkeys and their huge load on their backs and for the ever-repeating sharp climb.