en.infoglobe.cz » Nepal I.- Ready For Trip

I was convinced, and when the rumour started, where should go closer to the Himalayas, I thought that maybe I could go, but I had to leave early. But it turned out differently and better. Expedition to the Himalayas took place without haste, lasted a month and was unforgettable. Target destination called Nepal.

Departure to Nepal was preceded lots of rumours and deciding on the trek, who will attend. We had originally come in the number of four people. Then was our favourite among the eight-thousand treks around the Dhaulagiri range. This trek is one of the most difficult, especially because three days to move at a height of about five thousand feet above sea level. None of us ever before been that high. Another difficulty lies in the fact that he has wandering on the road carry their own food for a relatively long time and a tent, which significantly hampers the already heavy backpacks. 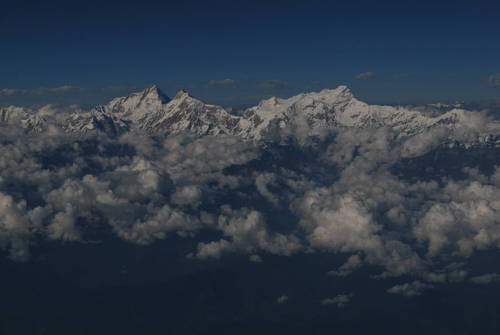 When one of the members of our planned expedition - Jožo - "cut out" on his bike and broke three thoracic vertebrae and had to cancel their participation, we decided to trek around Dhaulagiri of three inexperienced people not to go and there are new decisions. Our priority was particularly small (or at least relatively small) number of visitors trek tourists. For this reason, we started like most eight-thousand trek around Manasla, which seemed to be still quite a few tourists frequented. For a moment we were thinking that we give up we will go to Nepal and Indian Himalayas. We but ultimately rejected, and trek around Manasla won.

Since we had quite a bit of information from people who have this trek in the near past have gone, we knew that it is quite a lot of money (for initial permit) and that it is mandatory to have a guide with you. Therefore we have from Prague contacted through the Internet travel agency registered in Nepal, namely a man who then introduced us as Nabaraj Dhakal, short for foreigners Nabo. He readily responded to us, and sent an offer in which the full amount of the permit, guides and brokerage services about $ 400 per person. We have not tried to ask if we really go with a guide with the hope of a negative response (certainly we would have preferred to go on your own), but without success. Guide us came to $ 20 per day administrative fee of 150 dollars for all.

Another question was right in Nepal. One option was that we go only to Delhi and from there by train or bus to Kathmandu. We have this option but ultimately rejected, to save time. So we flew first Aeroflot in New Delhi (for about CZK 12 000) and then from Delhi to Kathmandu with Indian companies JetLite (for around 5000 CZK). Tickets can also buy something cheaper, but you need buy them quickly. 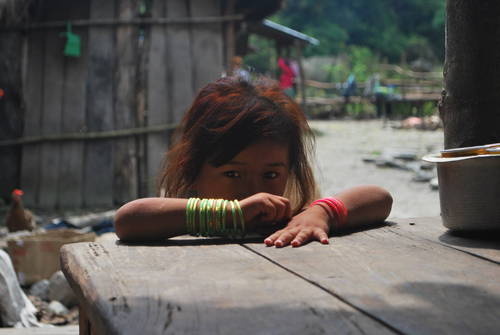 As for the equipment on the road, we heeded primarily on enough warm clothes, good shoes and a suitably equipped first-aid kit. We knew that the food can get on the road everywhere, so we just took with them some dried meat and fruit, and chocolate bars. Of course there was a sleeping bag with mat (Zuzka and I have had an inflatable, Milan managed with simple mattress) and trekking poles. We took a tent and to be sure. In Kathmandu we went with the cat, we had to trek but we didn’t take them after consultation with NABE and our guide Hari. We were happy it would have been more pounds of weight on our backs. On the way we really did not need. Under other conditions, but could possibly throw. Thus equipped and with a great deal of enthusiasm we are 25th September set off from Ruzyne airport to meet new experiences.