A fantastic and still untouched by tourism, the trek is located east of the Annapurna base camp and north of the lake town of Pokhara. It is suitable for both experienced trekkers and those who would like to "taste" trekking in the Himalayas without previous experience. The entire route can be completed in five to six days. Mardi Himal is a new route that was officially opened seven years ago. Originally, this area was used by shepherds to graze their livestock, which you can also see here during your stay. The trail to the base camp is marked with a blue-white sign, so you don't have to worry about getting lost. Despite the fact that this is a relatively new route, there are already simple tea rooms on display along the way, which will provide you with everything you need during trekking. 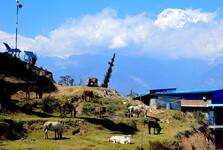 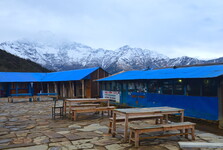 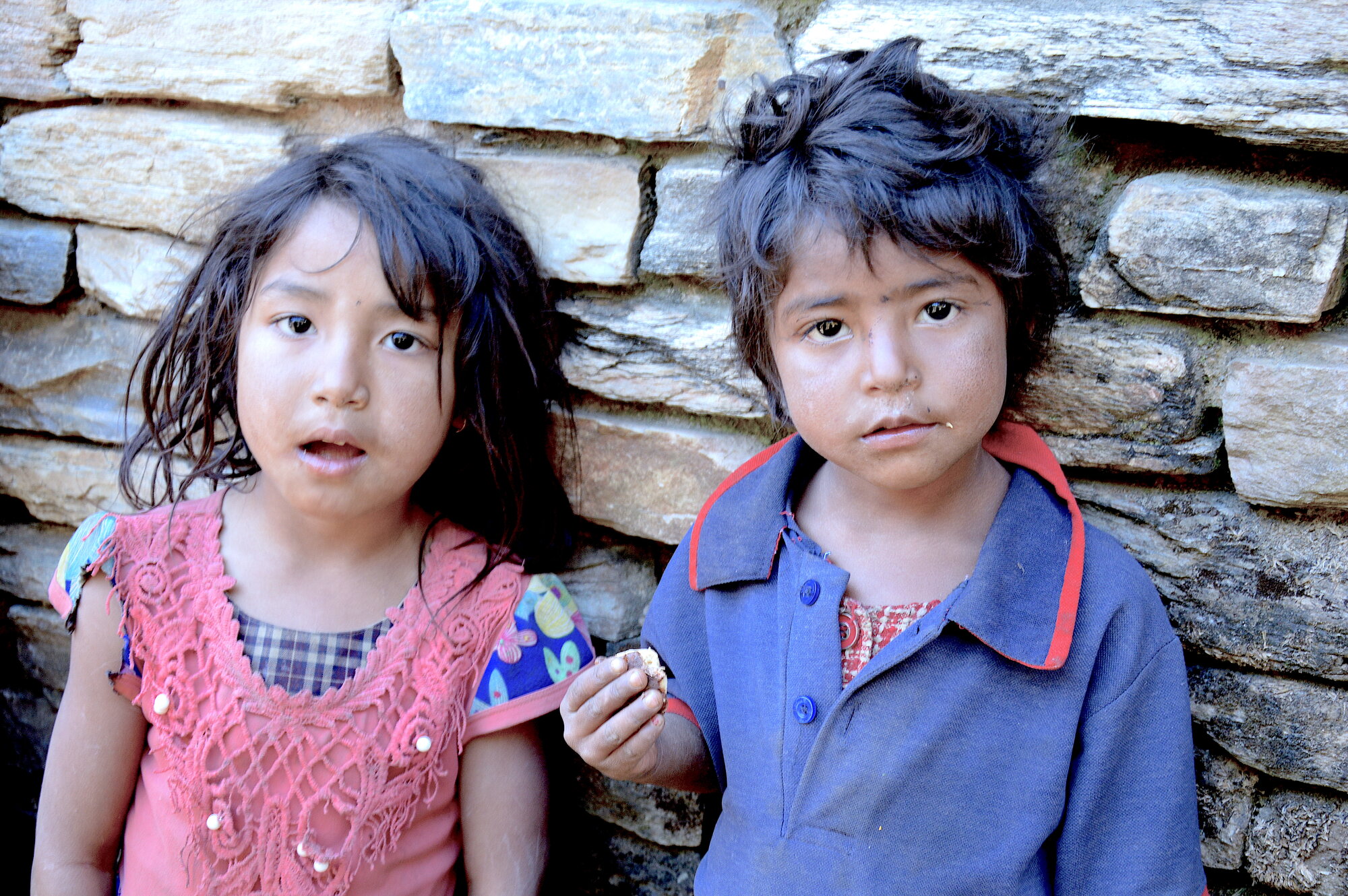 Most of the time you travel along the ridge, unlike other treks, which are mostly in the valley. The trail begins with the small village of Kande, one of the best starting points for this trek, located just an hour's drive north of Pokhara. After an hour of climbing, you will reach Australian Camp, a very beautiful small village with panoramic views of the south face of Annapurna, Mount Hiunchuli and Machapuchre, also known as the "Fish Tail", thanks to its pointed fish-shaped shape. The first part of the trail passes through dense pine and juniper forests. Sometimes it resembles a walk in the jungle. From Forest Camp, the trail leads through enchanting rhododendron forests. The most beautiful is this passage in the spring months, when the forests are decorated with beautifully blooming rhododendrons. After reaching the lower campsite, the landscape suddenly turns into a rugged alpine landscape. 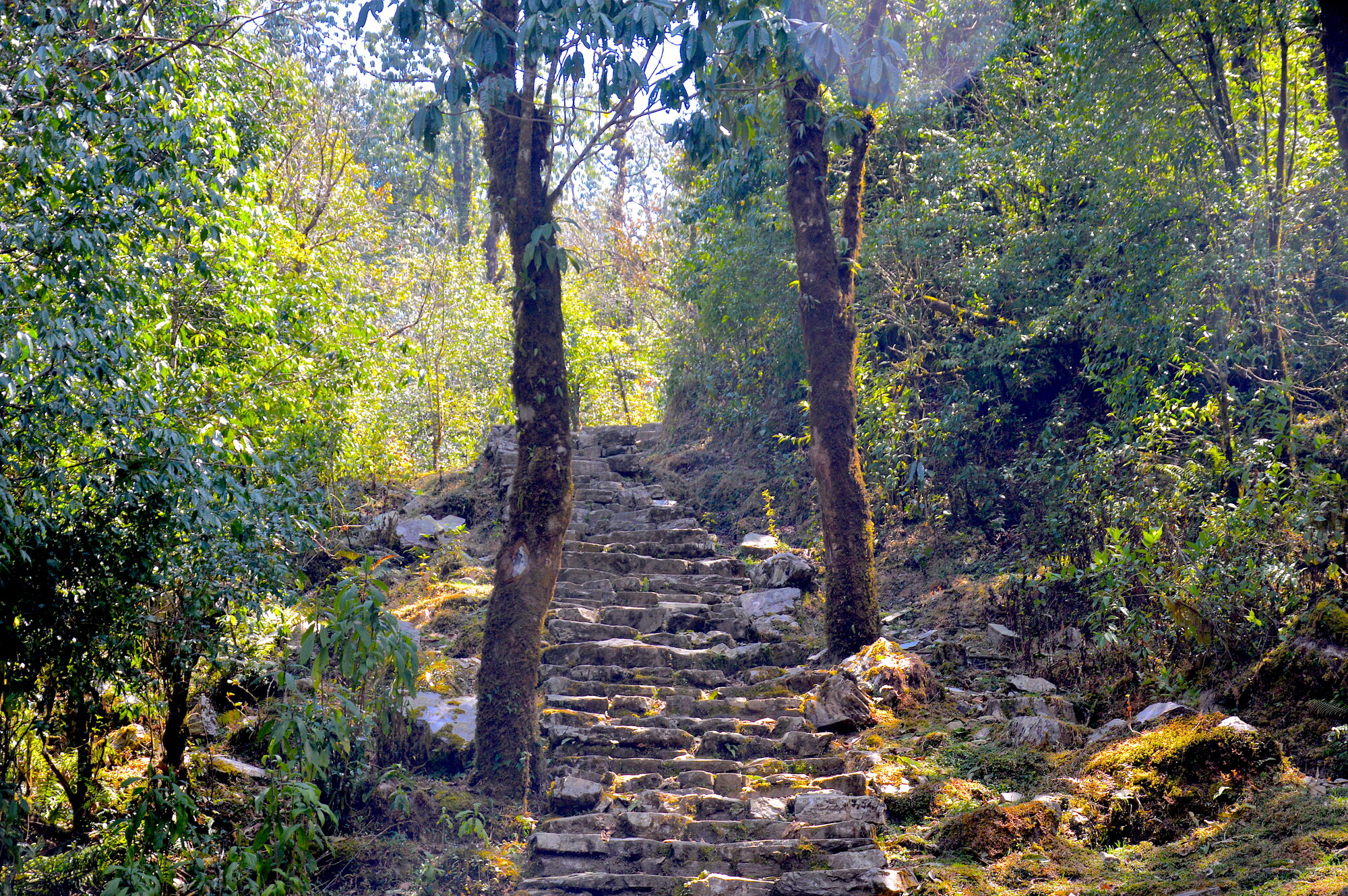 Highlight of This Trek Is Climb to Mardi Himal Base Camp

The altitude camp is the last stop before reaching the base camp and at the same time the last place where you can stay. The base camp rises at an altitude of 4,500 meters. Most tourists come out before dawn to catch the sunrise from the top. After two to three hours of ascent, you will reach the base camp itself, which offers magnificent views of the sacred Mount Machapuchhre, Mount Mardi Himal, Gangapurna and the Annapurna Mountains. 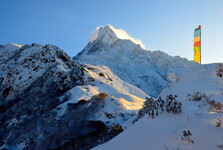 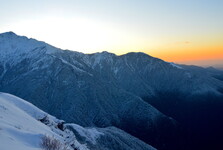 You Don't Have to Take the Same Route Back

After reaching the lower campsite, you can turn off the hiking trail and descend to the village of Sidhing, where the road begins. Here you have the opportunity to get on a jeep that will take you back to Pokhara. The second option is to continue through the valley to Lumre. In Lumre, don't forget to cool off in the pool under the waterfall. If you want to extend the trip, you can go to the village of Lawang, above which there are tea plantations and there is also a tea factory for processing tea. 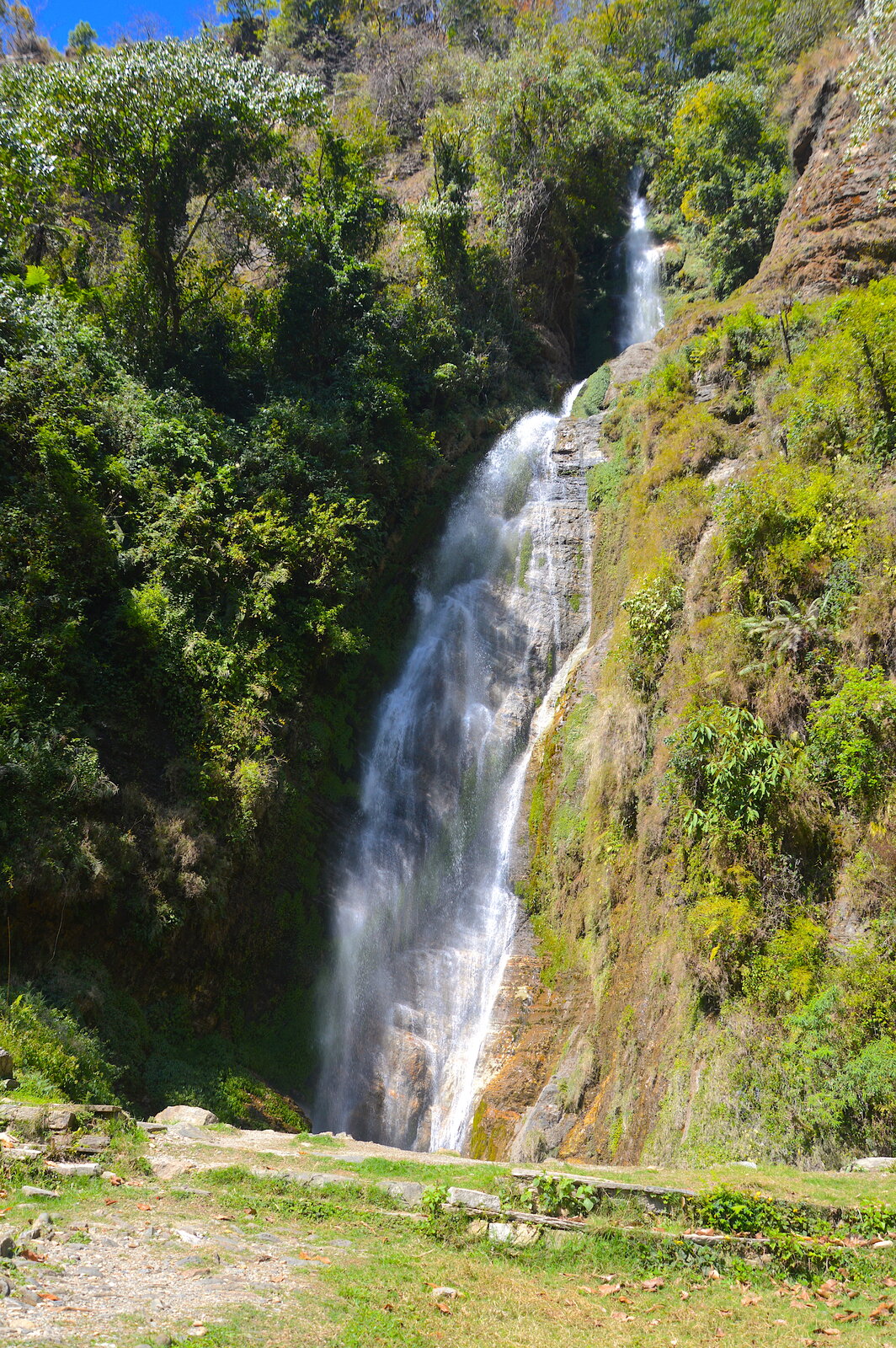