Bus station in Kathmandu is a chapter in itself. Everywhere is noise, filth, stench and chaos. Rolls have huge piles of garbage. The possibility to buy the bus tickets for next day doesn’t exist. At least we did find out. After lengthy questioning, we learned that the bus to Sundarijal, where we needed, runs every day and all the time. 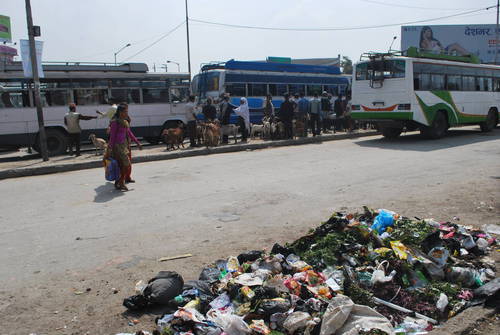 The next day we went to the station so early in the morning. After, we almost got on the wrong bus moving off into an unknown place, whose name also began on S, we finally piled into the correct bus and drove away. The bus took us about a school trip. Children's has been bigger, I would guess them for high school age. They were funny, always laughing and eating something roasted pullets, which are also offered. 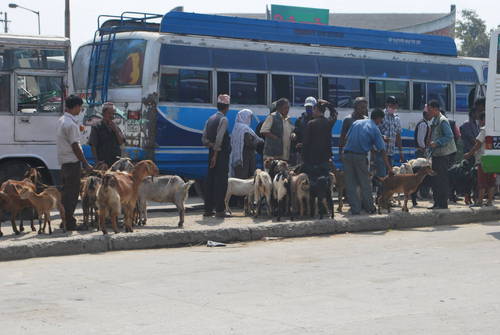 After 10am we arrived after a while and took off. It was awful hot and long path led up the endless stairs. When we climbed the stairs, it was already a bit better. As we got up the stairs, it went better. Near the entrance to Shivapuri National Park, we paid admission at the checkpoint 250 rupees per person. For local input was 10 rupees. The top of the hill on which we rattled, was at about 2400 meters altitude and then just followed the descent slippery clay road about 300 meters into the village Chisopani, or cold water. 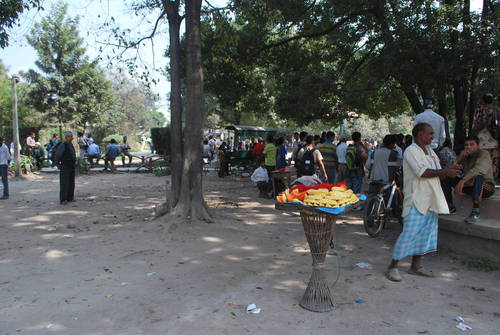 In Chisopani was a number of hotels, that had more luxurious appearance than those on the trek around Manaslu. We just caught the first of these staff. He was still under construction, but our room was good and even had a bathroom. It was possible to go out to the terrace, from which we could, though not quite clearly see the peaks of Langtang.

While waiting for dinner - bhat, we started talking with one Japanese boy. He did not much English and was embarrassing, as reflected by the always funny and laughed loudly. He said he was in Nepal for four days, so it only prosecutes this trek. He said a total of more than one week of vacation. When we told him, we have five weeks vacation, so horrified by funny gestures and showed that if he wanted to take five weeks of vacation, it would be suicide for him. Overwhelmingly, we laughed at it. Then we listed the number of countries that have already visited. When asked where he liked most, and said in Prague. But, once they noticed that he listens to his Nepalese guide, and quickly added that Prague and Nepal. For dinner we ordered three "big pot" of tea. We had no idea that we each bring a huge thermos that would give us enough used to be one for all. 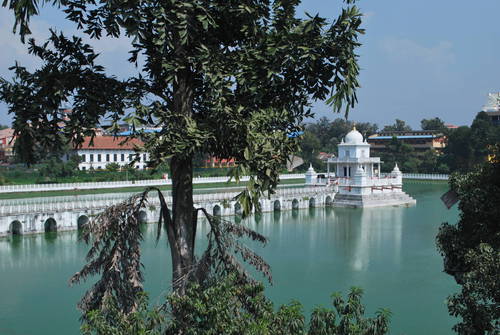 In the morning we went back to the terrace to take delight. The peaks were visible, but shrouded in mist. After a long breakfast, we went on a trip to Nagarkot. We walked all day until dark. The sign is written in Chisopani that Nagarkot is situated 18 km, we read somewhere that it is 25 km. Personally I would rather inclined to the second variant.

Along the way we met a Nepalese boy on a bicycle. He said the first group of 31 people and they went to lunch first and then also in Nagarkot, where they will face another, hikers. In total there should be over 200. We had lunch at Juhl. Lord, who served us, thought that we Arabs. Maybe it was because I Zuzka we carry large bags as well as twenty day long trek, while Milan settled for a small backpack. 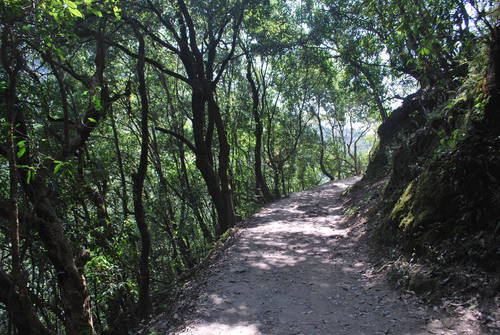 When we arrived at Nagarkot, we found that luxury hotels (some with two lions at the entrance, as it occurs in some castles and palaces), they're quite full. Accommodation space but there was a lot, and we finally found a space camp, cottage, where we got a bungalow for the night in 1650 rupek for all. The day before we all slept for 300 rupek, but somehow we are tackling it. We were glad that we got anything. We had planned to go yet another day in the morning on the prospect of distant mountains, but when we awoke, we found that all around us lying fog and can´t see anything. So we took, came to the bus stop and went to Bakthapuru. 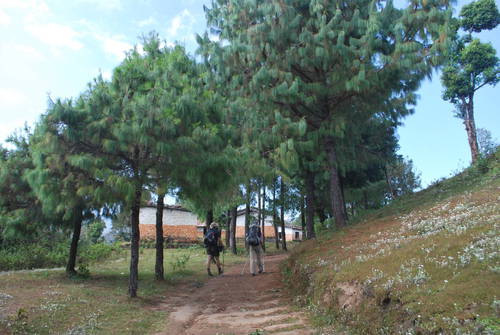