The drunk is afraid of her. Suddenly a blotch of ice tea falls on my laptop screen. The man even did not note that he dropped his bottle which consequentially spitted the tea on people around. I can stand a wet computer but after a while the drunkard starts to bother me. I rather take my things and move to the front of the bus. I got out from the frying pan into the fire. The smell coming from the toilets is unbearable. At least he does not touch me… 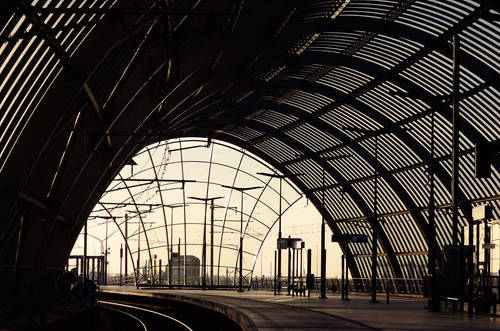 To make the road even more interesting, the driver stops before Amsterdam in a bus depo to suck out the toilet so he could wash it on the other day. Few more minutes wont kill us he claims. Just one more cigar and we are ready to go. “I finish today, we cannot continue.” In four languages. “Another bus waits for you. It will take you to your destination,” and he drives a couple of meters to another bus. Next time I travel only by train. Almost five Thalyses (something like TGV) passed us while we were on our way. Unfortunately, now I do not have enough time to describe the landscape when we traveled across Rotterdam. Perhaps next time. Photos included. 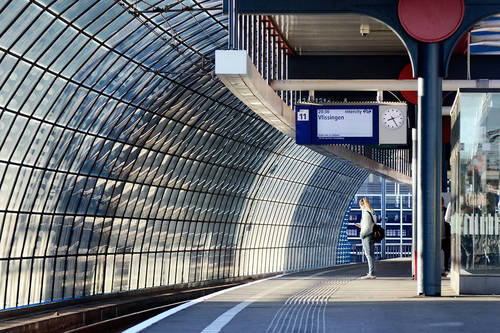 Morning Amsterdam welcomes us with clear sky and warm temperatures. We would like to borrow some bikes. Our host, Jelle, tells us that is should be possible on train stations. He sends us to the closest one. It is not that easy at it seams. The whole system, in fact, is suited for the locals mainly. Tourists can lend bikes only in the downtown. Eventually, a one-day public transport ticket wins with the fastest means to the downtown possible – the subway that mostly goes on the surface. 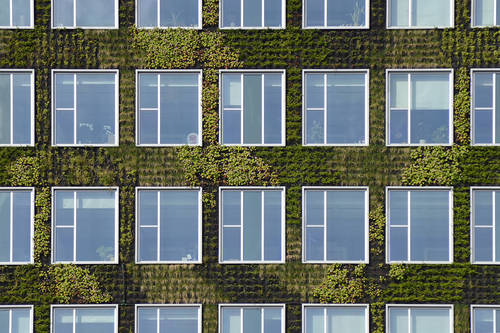 They do not have maps for free. Well, we invest several euros to buy one as Amsterdam is not very well arranged city. On our way to the Van Gogha Museum we have a coffee break and after a while we visit a large Tibetian store. Entrance is 15 € (they do not know student sales) and a two hour line deters us from visiting the museum. Perhaps some other time. A short stop at a flower market (they smell great!) and a flea market again. This time I did not buy anything. However, Ana buys new shoes. 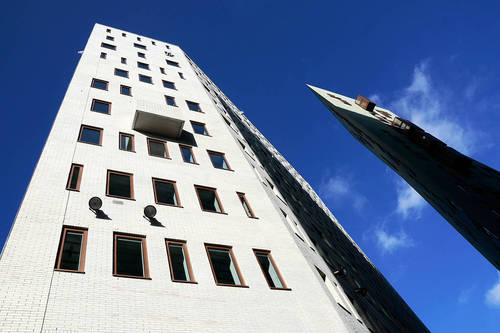 I separate from the girls to make some nice pictures. They havea beautiful train station in Amsterdam and interesting modern architecture. My program is thus clear. In the evening I return to Jelle’s. We sit in a church garden to late night, drink tea, eat banana splits and enjoy great atmosphere.