en.infoglobe.cz » Netherlands, Amsterdam – The Largest Party Center in Europe? Or Is It? – VIDEO

Everybody has heard about coffeeshops, which are places where to buy (not only) weed legally. Did you know that the entire city is surrounded by Stelling van Amsterdam, the fortification system built at the turn of the 20th century and is placed on UNESCO’s list of important places? The entire fortification is 135 kilometers long. Its 42 fortresses were supposed to protect the city from an attack from the sea or land. UNESCO? There was a huge piece of land ready to be immediately flooded to prevent enemy troops from getting to the city and also it was done so that no ships would be able to sail there. Many of the fortresses are open to the public.. 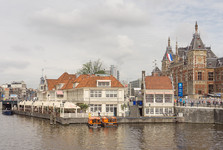 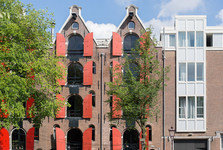 Let's get back to the city. It would truly be a missed oportunity to not see downtown. There are narrow streets line with brick houses. These often are bit inclined. Oude Kerk, a 14th century catherdral is a must, as well as grandiose St Nicolas basilica, renaissance and baroque-style palaces which belonged to the richest of the merchants. Amsterdam is also home to the oldest stock exchange in the world. Be sure to visit crazy Red Light District at night. Girls wait behind red display windows to catch some easy booty. You will smell weed all around and tourist try to beat one another in the quantity of alcohol drunk. Please, don't let downtown spoil the whole-picture. Like many other large cities – downtown is usually focused on tourists and is absolutely different from districts where ordinary people dwell. 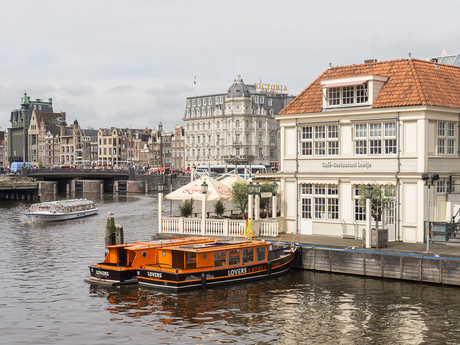 In my opinion, Amsterdam is one of the best places to live in. There are several reasons supporting this claim. First, you can easily reach almost any place by bike. And you don't have to worry that a car would hit you. You can sit on a bench at some canal, walk in one of many parks, get some freshly baked croissants and great coffee. This all belongs to the life in Amsterdam. Just as coffee does.. 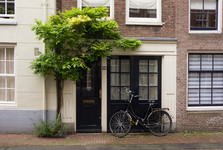 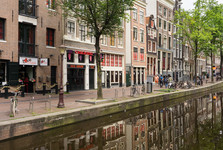 After short observation we noted that Amsterdam is really diverse and colorful city – there live almost the highest number of nation at one place in the world. Thanks to this Amsterdam is a popular European destination for people who like good food – you can taste there everything beginnign with Holland cheese or traditional Asian, African or Latin American meals. 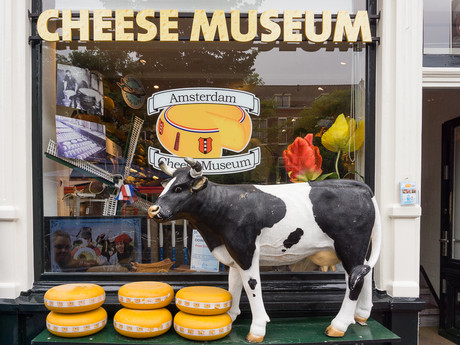 Amsterdam has rich culture. The city is one of the most important art centers in the world. The Van Gogh Museum is one of the most sought tourist attractions. There you find the largest collection of this famous artist. Be ready to spend considerable amount of time in a line. You can book tickets for some particular time online. Rembrndt van Rijn was even more linked to the city than Van Gogh. Him and other famous artists are displayed at Rijksmuseum. People who prefer modern art should see the Stedelijk Museum and many other small galleries, pop-up exhibitions and other evens. There are many of them in Amsterdam.