en.infoglobe.cz » New Caledonia, Noumea – The City You Want to Live in

New Caledonia, Noumea – The City You Want to Live in

Published: 7.1.2019
The capital of New Caledonia archipelago, Noumea, is located on the main island of Grande Terre. It is a coastal city and life here is vibrant in a peaceful beach spirit. To live in the capital is very popular, hence Noumea is constantly expanding.

At the beginning of the 20th century, several Czechoslovaks went to the Pacific. One of them, architect Martin Boetcher, still reminds his buildings in Noumée. Czechs and Slovaks live here today. I visit a wine cellar of Mr. Igor of Olomouc, and my Slovak guide, Vladko, tells me about Noumea in the 1970s, when he emigrated here. 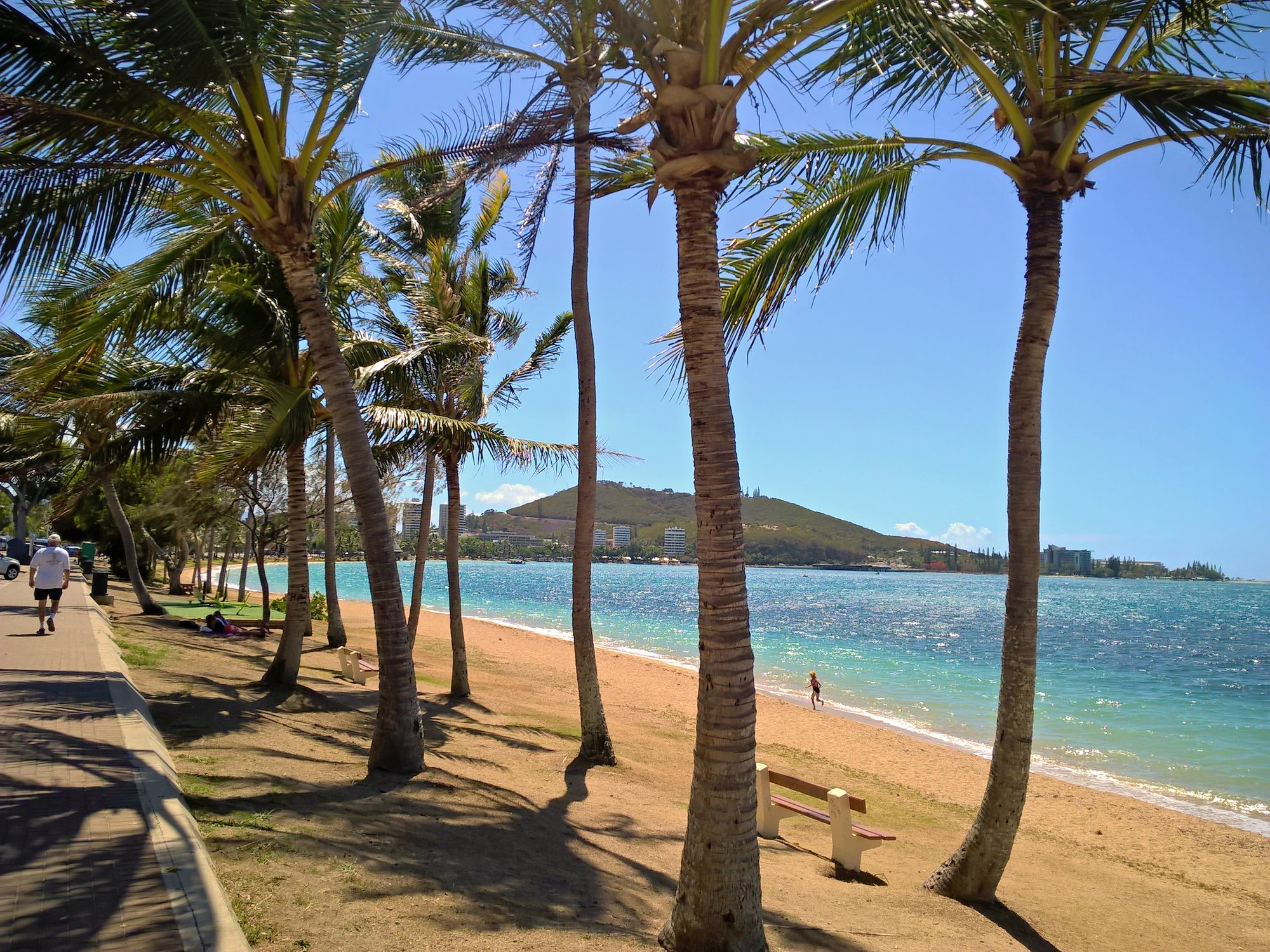 Forget about any plans that you would like to spend here a vacation in paradise. At that time, the island was known as the home of oysters, although after the arrival of missionaries and the passage of indigenous people to the Christian faith, cannibalism ceased. The asphalt road was only between Nouméa and the airport. And that the airport was synonymous with a warm welcome, that can not be said either. The old hut and the mosquito area certainly did not show that in a few years' time, particularly demanding clientele would be traveling on vacation.

Today, however, Nouméa is a city with a pleasant atmosphere. In addition to the beaches, which are both within walking distance of the city center, there is also a

cathedral, a marina, a typical tropical market, plenty of cafes and bars, an aquarium, the cultural center of native Canaks, and so on.

Tjibaou Cultural Center bears its name after a native insurgency leader against the domination of France, which was assassinated in 1989. He sought to set up a center where Canadian culture and art could be presented. And the building of this center, which combines both modern and traditional elements, has truly succeeded in architectural terms.

Aquarium de Lagoon is a mandatory place of interest for lovers of the underwater world. Not only will you see colorful fish, tortoises, corals (even the rarity here - phosphorescent corals), but you will also learn a lot about sea life. 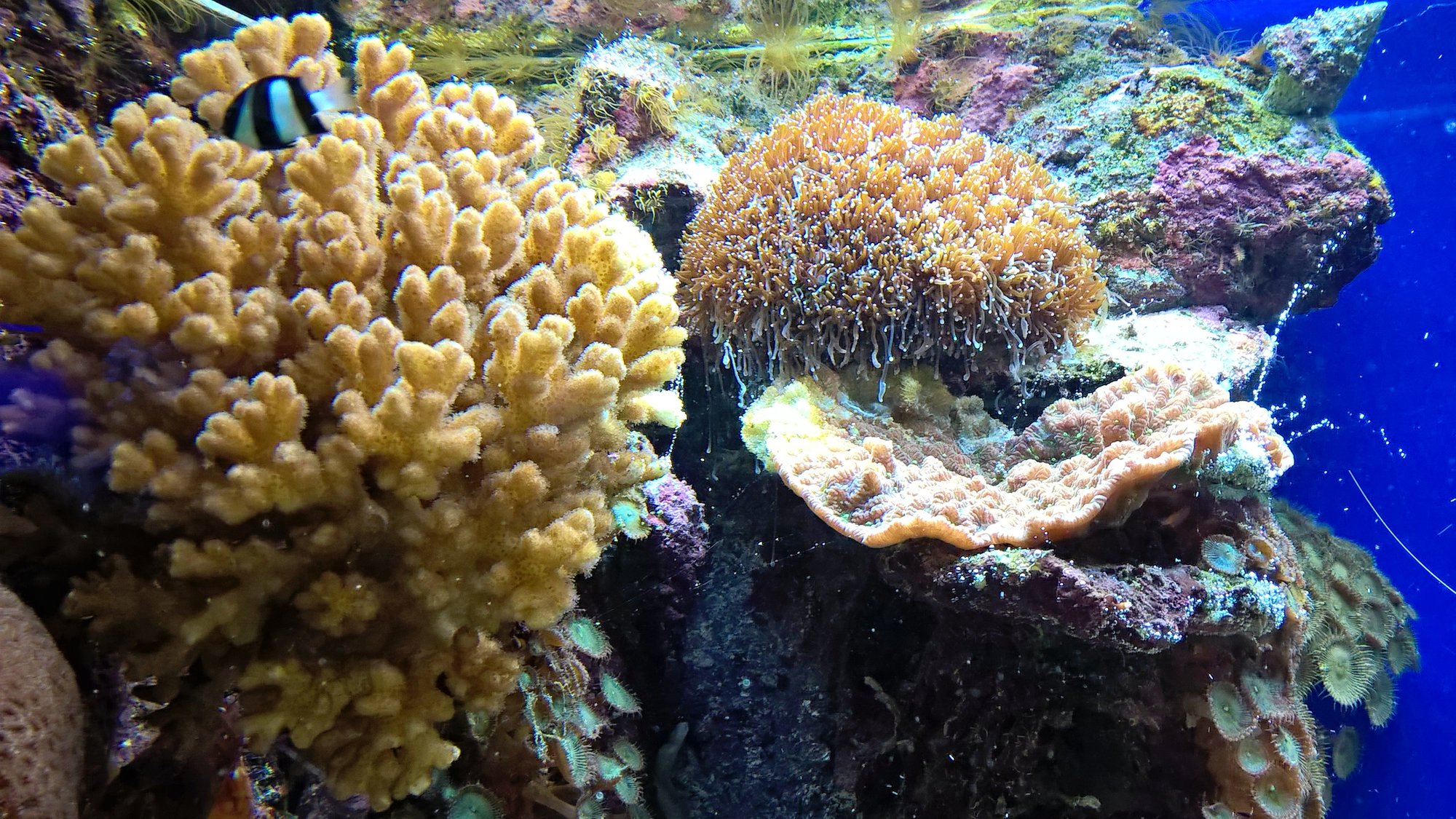 From the beaches I will mention the two most famous - Plage de la Baie des Citrons and Anse Vata. "Lemon" is better for snorkeling, Anse Vata again for windsurfing. Beware, however: Occasionally at the beaches, people see the shark. The attack on man is not unique here. 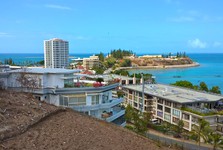 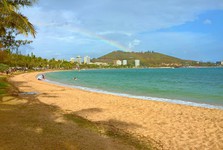 Roman Catholic Cathedral of St. Joseph of the late 19th century is one of Noumea's

icons. It was built by the convicts of the time who served their punishments. Typical are two 25-meter stone towers. It has several altars inside.

On Sunday, definitely do not miss the local market full of colors, fragrances, flowers, fruits and singing. You can also buy nice souvenirs. You will just fall in love with Noumeu.

Published: 31.12.2018
Do you like exotic places? Do you enjoy the idea of a holiday in a tropical paradise with palm trees, white sand on the beaches and beautiful corals? Do you want to visit a remote place, where many Czechs do not want to go? New Caledonia is the right choice for you then!

Published: 14.1.2019
Because New Caledonia is an archipelago, it is definitely worth seeing more of the local islands. This article introduces you to the island of Amédée, which lies just 24 km from Nouméa, and that it is not just any island, as is evidenced by the fact that it was registered in 2009 as a UNESCO World Heritage Site.

New Caledonia, Ile des Pins – The Closest to Paradise You Can Get

Published: 21.1.2019
In this part we leave the main island of the New Caledonia archipelago and from the Magenta airport, located in the center of Nouméa, we take a three-day trip to the island of Ile des Pins. And that will be worth it, says the title of this article. Local residents, who are called Kunié, proudly claim their home to be the island closest to paradise. And right after arriving, I know that they have very strong evidence for this claim.

New Caledonia, Ile des Pins – You Must Try This

Published: 28.1.2019
In the previous article, we went through the beaches of this magical island and said something about its inhabitants. But, as Ile des Pins offers so much more, it would be a pity to know only the beaches. I'll tell you a few places where you must definitely go.