New Caledonia has tropical monsoon climate, which is hot and

humid. The temperature is minimally changing during the year: in winter (since April till August) the average temperature makes 19 - 23° C, whereas in summer (since November till March), the temperature makes 24 -26° C. Yearly total precipitation makes 3000 mm in east part of islands´group and 700 mm in west part.
The rain saison dominates since December till March. It is during time period when the cyclones attack the islands. So, cloudy weather and powerful tropical hurricanes are characteristic for such time period. Since September till December, trade wind saison is dominating, when the weather is very windy but the sky is transparent. 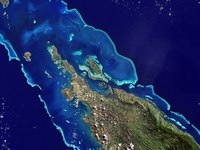 The island of New Caledonia is main agricultural area of the state. You can find, in its east part, vast table land plateaux of volcanic
origin, steeply sinking to the coast. As far as the rivers are concerned, they are short and stormy, and its number is quite sufficient. On the other hand, the coasts, especially in western areas, are covered with green copse. 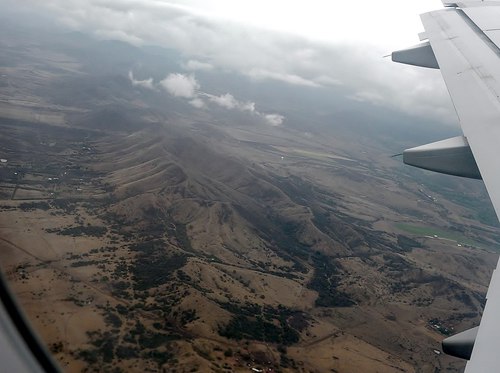 The other islands present mostly not too high peaks of old subterranean volcanos, bordered with coral cliffs. Practically all east and south-east coasts of the state are bordered with eucalyptus bushes, coco-trees, banyans (sorts of fig-trees) and bouganvilles (blooming bushes). However, most of small islands have a lack of vegetace, predominantly palm groves and various sorts of grass.