The cape near the town of Napier came to its name due to an unpleasant event which revolved around the time when Cpt. James Cook came to the area. A Maori group – the indigenous people of New ealand > attempted to kidnap a crew member of Endeavour. Cook's men managed to save him with their firearms. However, the unfavorable name of the place has stuck ever since. 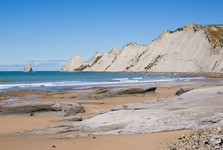 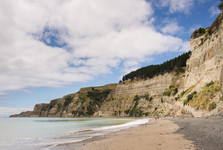 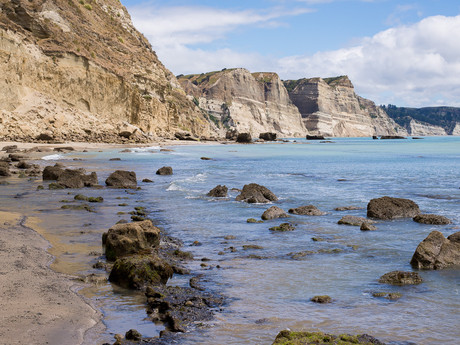 However, you don't have to worry about being kidnapped today. The trip to the cape is really worth it. Just bear in mind to set out in the right time of the year. Large part of the route follows the beach. During high tide, water reaches steep cliffs. Simply ask at the visitor center in Napier. There they tell you the exact tide schedule for every day. 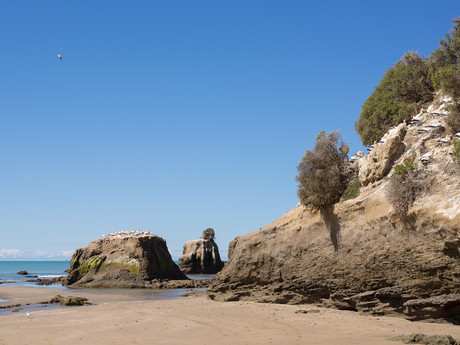 Apart from a nice walk, majestic rock formations, deep gorges you will enjoy an experience long to remember. Gannets nest on several places on the cape. They are not particularly annoyed by people's presence which allows you to take a close look at them. You will see beautiful grown birds with the wing spang up to 2 meters. Also,  you will see adorable baby birds. Be careful and don't go too close for their beaks are very strong and sharp. 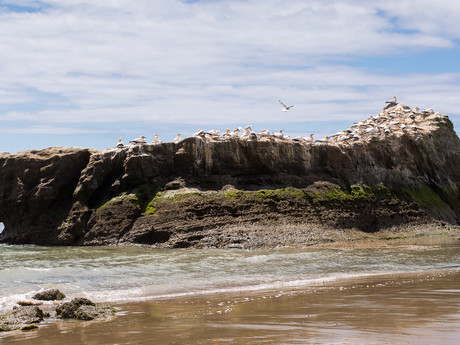 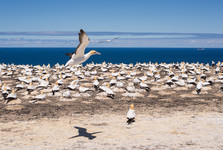 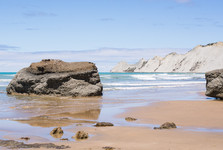 Apart from gannets there are other sea birds that nest there including seagulls and terns . The trip will be a fascinating trip which will show you the life on the shoreline.