Fiordland national park covers most of the area. It is the largest park New Zealand. And there is a lot to protect. Unique flora and fauna was preserved here as well as some plants, animals which are hard to find somewhere else in the world. For instnace, it is home to non-flying taka bird, or kea, the only mountain parrot species in the world. 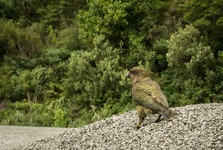 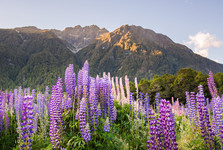 Large share of Fiordland is not accessible by car. Treks are very popular here. This is the most beautiful in whole New Zealand. Milford Sound is quite an exception. A very beautiful road was constructed here in 1953 which crosses Homer Tunnel. Fjord and the surrounding area is rightfully the most popular tourist destination in New Zealand. Milford Sound is visited by about one million people every year. They make cruises or travel on cayaks to cross the fjord. Or some even make scenic flights. 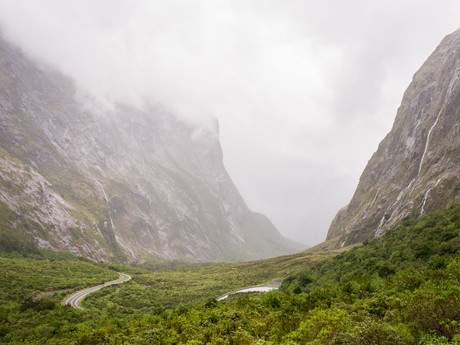 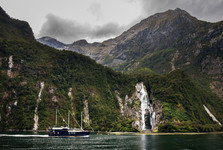 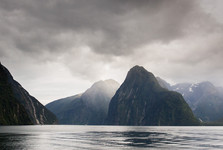 Milford Track is very popular trek which goes through local rain forest, marhslands, and mountain landscape. The trek takes four days to complete. Always, you have to sleep over at a mountain cabin. Only 90 people a day are allowed to hike on the trail. To get there you need to book your place months before. 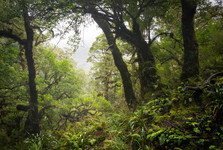 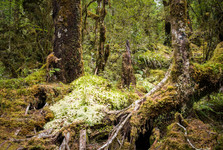 Doubtful Sound fjord is not less interesting but less known. To get tere you have to cross Manapouri lake and then travel by bus across Wilmot's pass. Doubtful Sound features the highest waterfalls in New Zealand – Browne Falls. Water here falls down from 836 meters. Waterfalls make the fjords especially beautiful after rains. Fortunately, percipitations are plentiful in Fiordland. 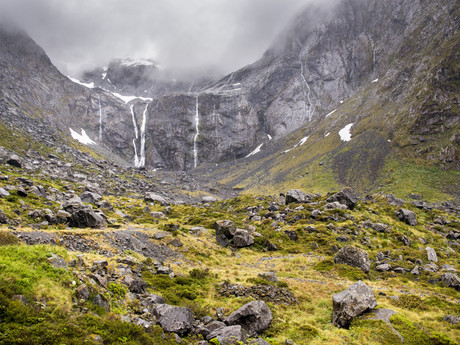 There are amazing sceneries in Fiordland. If you visit New Zealand, you simply must go there.

Published: 24.4.2018
One of natural wonders, the most famous tourist attraction of New Zealand. Milford Sound, a 15 kilometer fjord on the very south of South Island.