When director Peter Jackson was choosing the location for the shooting of the Shire he encountered a farm about 10 kilometers from Matamata village, right in the heart of New Zealand's northern island. Local green hills, water, and huge pines greatly corresponded to what Tolkien described in his books. 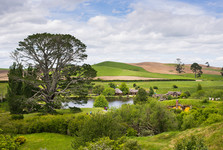 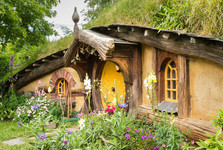 The entire Lord of the Rings village was built so it would be easily to demolish and clear space for sheep and cows. Yet the great success of the trilogy lured in many fans who were eager to take a look at the set. The owners of the farm, filmmakers and the government of New Zealand closed an agreement to built the entire village from ground up, for real. And it paid off. Now thousands of visitors visit it every day. 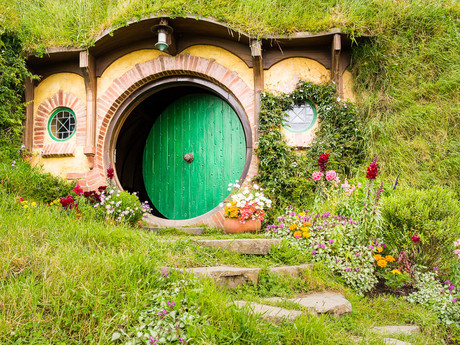 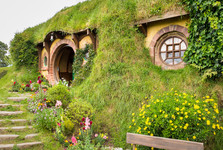 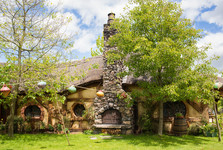 What will you see in Hobbiton? There are 44 Hobbit houses with their typical round doors. Several exceptions aside, nothing is behind the door. Still you will feel as if in the true Middle-Earth. A group of people maintain gardens. Everything is so well arranged that the village seems to be living and breathing. Prepare to see the house of Bilbo or the place where his birthday celebration took place. 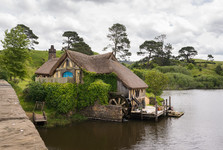 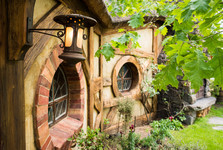 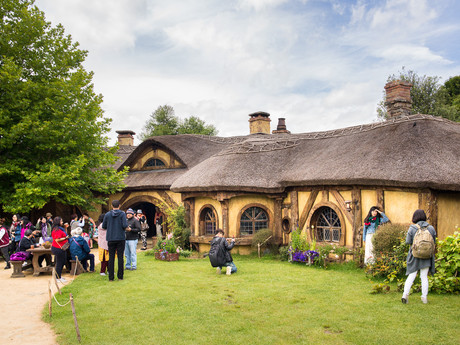 At the end of the tour your get to the mill and then cross a stone bridge which gets you to the Green Dragon Inn. There you can take a look inside and as it is a real inn you can choose one of several local beers (included in the admission). A Hobbit brewery makes beer solely for the Green Dragon. 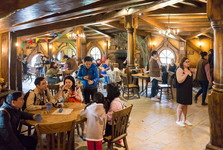 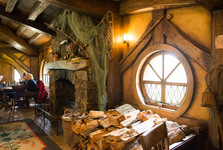 I have hesitated for a long time if to pay quite expensive admission or to simply omit  Hobbiton. Now I am sure it was money well spent.