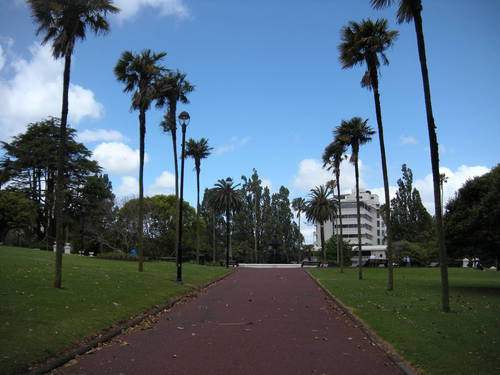 We left Zurich from with 40 minutes delay, and because we had only 50 minutes for the next change in Seoul (ie at that moment only 10), I was not quite sure whether we will eventually have to spend one more night in Seoul. My expectations were not confirmed, however, we experienced the fastest transfer in life. Upon arrival, we immediately embarked worker, Korean Air, a small truck and lightning speed conveyed us to the place where we had our next flight direction of Auckland. The plane was waiting only for us, so we boarded the flight and continued on the marathon. We flew into Auckland on the 24th November at 8:30 am local time. Total flight time from Vienna to Auckland lasted almost 24 hours, so it's no wonder that we were both very tired. We obviously missed the baggage in Seoul translated (with which we of course counted), but as a compensation "damages" we received from the airline $ 60. Although we did not have luggage with me (come to the second day), we had to undergo an interview where it was necessary to bring what we bring to New Zealand. Luck was that we had a new tent and cleaned shoes for sure. The aim of all such discussions is to protect the purity of nature and to New Zealand bring no potentially dangerous seeds. 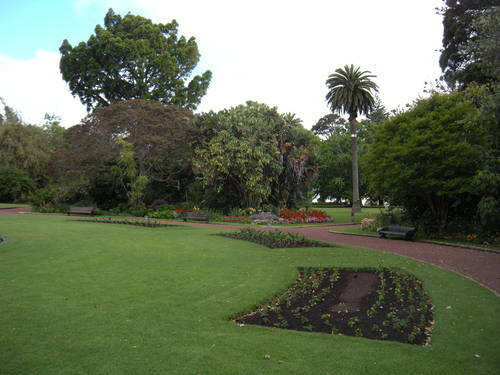 From the airport we were going to the city centre, where we had arranged lodging for two nights through CouchSurfing. This is a community of users from around the world who are willing to stay for free, to the city, eventually advise other travellers. We had to sleep at a certain Finn named Jane, who works as a post-doctoral student in physics. Because he worked from home, we caught him at the address in the morning, what was obviously good.

After a lunch with Jane, we went for a walk in the city with Dita. Auckland is a very modern city, and at first glance wasn’t pleasant for me. While not a metropolis of New Zealand, Auckland is undoubtedly the largest city - with more than 1 million inhabitants. The historical centre is completely missing, on the other hand, supporters of the adrenaline activities are catered for. The tallest building in the entire Southern Hemisphere - Sky Tower (328 meters) - can be left to run rapidly to the ground. We chose only a 40-second elevator trip up to about two thirds of the height of the building, where he was a magnificent view of the city and surrounding areas. Part of the floor and lift the glass, creating very clear impressions when treading. 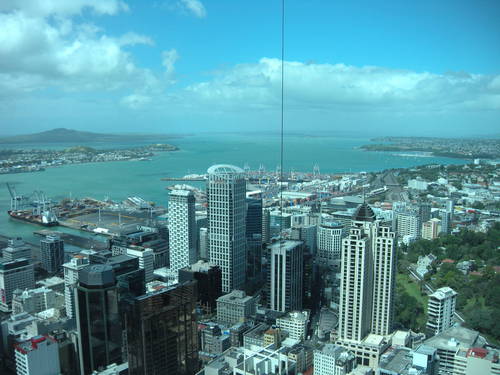 After we enjoy the viewpoint of Sky Tower, we went to relax in one of the local parks that have a very nicely maintained. Dita evening began complaining that it hurts after a long flight leg and has a suspicion that there is no thrombosis. For sure so we went to Auckland Hospital where the child did a few tests. To our delight it was not anything serious, but doctors recommend Dita, to foot the next few days too bothered.

The next day I therefore went on a tour himself, while Dita rested with Jane. I went to the Auckland Museum, which is built on the grassy hill, and is part of one of the oldest local parks Domain. The museum is really that much to see - from the history of settlement, through Maori culture, natural science section includes a wealth of information on volcanic and earthquake activity until after the war New Zealand. 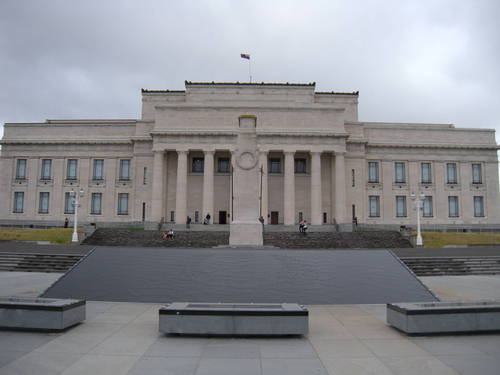 After the tour I headed to the ferry pier Britomart, where from every 30 minutes regularly sail boats to the nearby Davenport, which is a suburb on the tip of the peninsula Auckland North Shore (North Shore). Davenport is popular thanks to the two volcanic peaks of Mt. Victoria and North Head, which formerly served as fortifications Maori village called pa. I only went to the top of Mt. Victoria, where he was quite a nice view of the city. On the way back, I have passed along the sandy beaches, where to my delight was not many tourists. Then I crossed back into the city centre and rushed to John and Dita at a common dinner. After a pleasant evening, we quickly hug, to be the next day refreshed and energized for the journey to Rotorua. Begins here real New Zealand, as we imagined it would. 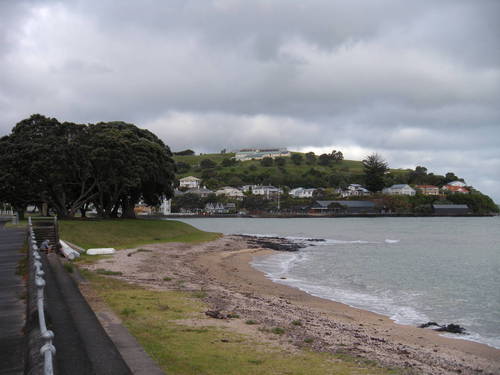