Hell’s Gate is beyond doubt one of the most interesting place. Here you may observe high thermal activity and the highest thermal waterfall. From deep craters in the earth sulphur smell gets into the air as well as steam and often sinister sounds. That's way it is called Hell's Gate. There are mud and thermal spa there and you may try different sulphur procedures here. 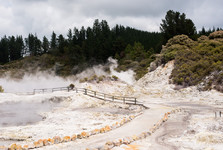 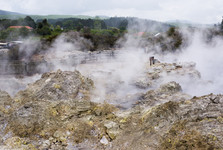 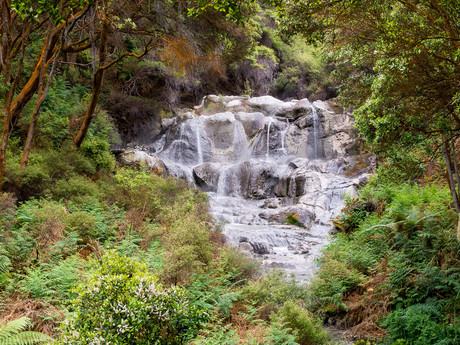 The Wai-O-Tapu area is one bit more interesting than Hell's Gate. This nearby area includes famous Champaigne Pool thermal lake characteristic for its orange lakeshore, and bubbling mud lakes. Further on you will see the Lady Knox geyser and depending on whether you want it or not you may take a bath in warm water of the Kerosene Creek. 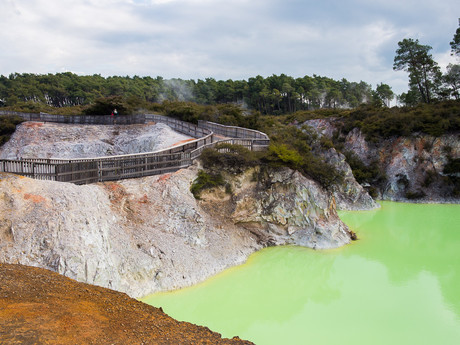 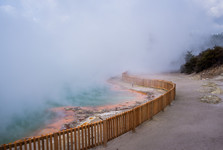 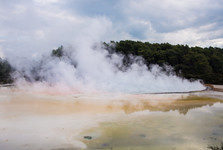 Rotorua is known for local lakes and the Kaituna River. Conditions there make this place perfect for higher-level kayaking and rafting. Over 100 kilometers of trails makes this region great place for mountain bikers too. Red Bull Magazine called it one o 8 best "biking" localities on the planet.

In town's center, there is interesting late 18th to early 20th century architecture including Tudor-style baths which host the Art and History Museum. Another interesting baths is Blue Baths in Art Deco style. 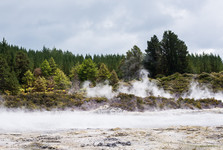 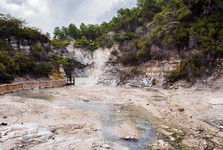 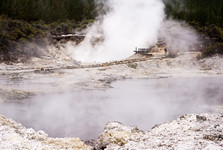 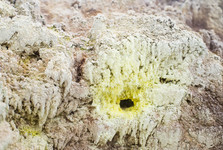 Volcanic and thermal activity will be present during you travels in New Zealand's northern island all the time. Rotorua is the ideal place where to learn more on volcanoes, to feel their warm as well as sulphur they emit.