We had snorkeled, walk through some nature trails on several islands, observed dolphins, fished scallops and crayfish. Once even a shark hurried beneath us, but it was young so we survived. 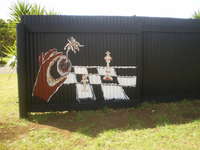 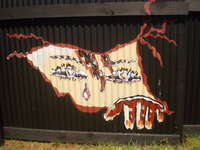 I drew him a graffiti on a fence, actually my very first in New Zealand. I continued alone hitch hiking to not forget my dream as Paulo Coelho writes in his novel the Alchemist… I moved north to the lighthouse located in the most northern part of New Zealand, to Cape Reinga. There the Pacific Ocean and the Tasmanian Sea meet dramatically. Their waters boil and foam. 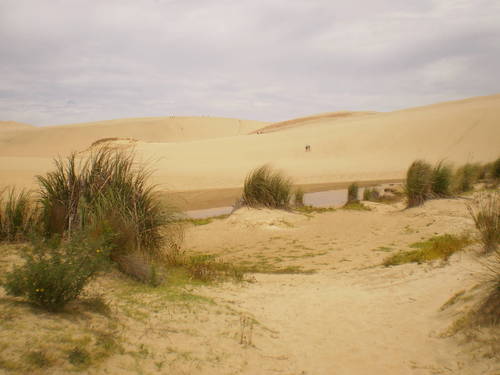 We arrived at the Piha beach and Karekare in the western Auckland where the movie Piano was made. It was beautiful, the whole walk along the coast covered with large beaches, black sand and beautiful waves was more than amazing! And the camp was only 5 minutes of walk from the beach.

And then we went down south to the Rotoruu Falls and to see some geysers, which quite disappointed me. The Falls were only 3 meters height and the entrance fee cost 50 dollars. After I saw it I moved to the Urewera National Park and Lake Waikaremoana. There it was dangerous for me as a hitchhiker. Only four cars drive through here every day and nobody took me. But I took it as a challenge. I was lucky, again, and I managed to get to Lake Waikaremoana with only one stop in the middle. It was in a fallen but romantic camp situated near a waterfall. 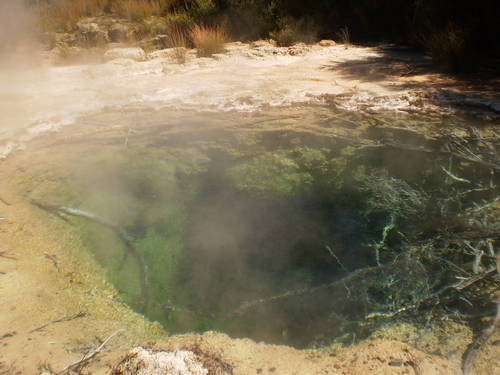 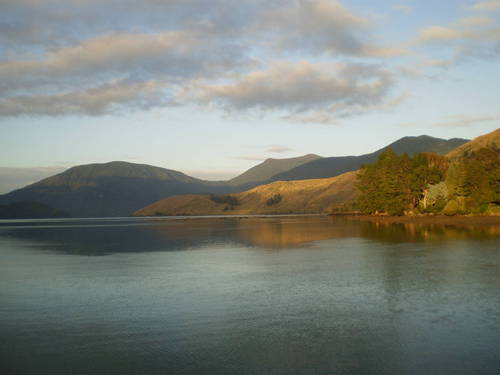 On our road the boat broke just in the French Pass behind massive whirlpools so strong they almost pulled down our ship. Our experience was even more intensive because the whirlpools were rotating in the other direction! It was unbelievable! After our boat broke completely we called for help, another ship that towed us for four hours. To distract our clients we let them fish. They were happy for they caught many sharks (6), though small. 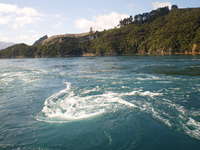 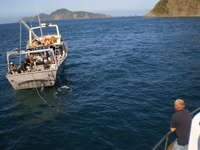 Eventually, we managed to get to the port in Havelock and after a fervent farewell again Picton and ferry to Wellingtonu. From there I managed to hitch hike beneath Palmerstone North. In that it was already getting dark and missis who gave me a lift took me to her house overnight. She had a two years old daughter and a perfect husband/daddy. Extraordinary locals. Fabulous souls. 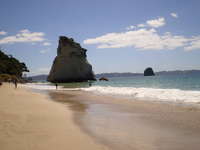 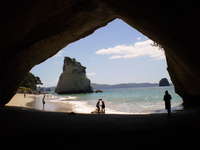 After I had reached this goal, I devoted the last week of my stay in New Zealand to a cruise with the captain of Bay of Island, to say goodbye. But while on my way the captain of yacht in Auckland give me a lift and I had spent with him a wonderful weekend. His birthday was on February 14th, my on 15th and it was 15th so we went to a pub in a harbor to make a toast. After the celebration he invited me to his yacht and it was unimaginably beautiful experience. I was captain’s right hand so I felt important, needed and useful. Weather was cloudy to clear but there were large waves in the night. The initial instruction was: “when you get off the boat, press the MOB (man over board) button to save your GPS coordinates and then you call coast guard: mayday mayday man over board Naturally – name of the boat..." It was really supremely supercool adventure! 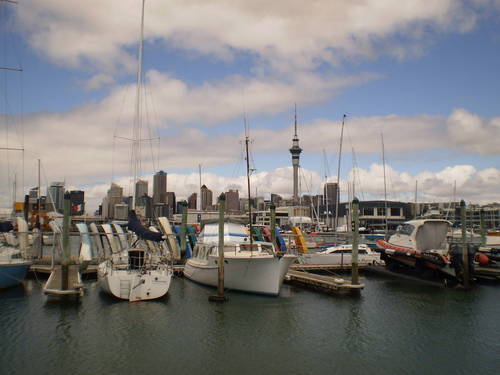 It was a time to say good bye to unexpected adventure on a yacht. I had to move to my last stop to see the captain on the Bay of Island. I drew new graffiti for him as a good bye present. Then he gave a lift to the airport …

I left happy and satisfied. I left with a feeling that there are still great people in the world and I want be just like them! Life is not all about waiting for the storm to pass its about learning how to dance in the rain. 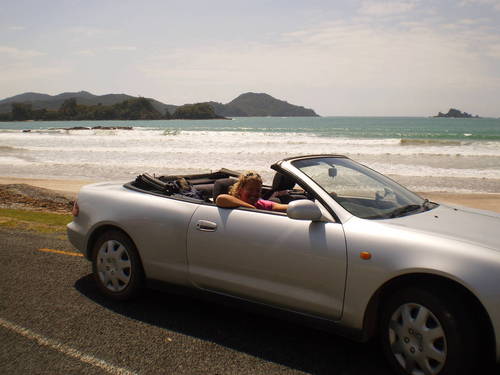