After a nice welcoming and introducing we spent all evening by talking about everything, and because we were a pretty tired after 4 days trek, we quickly fell asleep.

The next morning we went the sightseeing. Wellington is at first glance the picturesque town lying along the sea bay with wooden Victorian buildings. NZ's second largest city, which includes nearly 400 thousand inhabitants, is the seat of parliament and cultural centre. You began to write the history of New Zealand, when I arrived in 1840 the first European settlers. Compared to Auckland, Wellington impressed us much more pleasant appearance. Perhaps therefore modern development a here is mixed with a classic Victorian architecture. 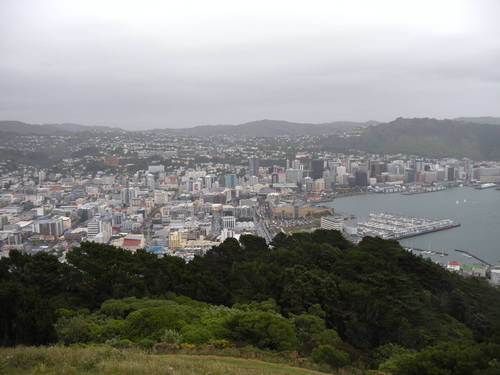 Because we have probably been used a lot of walking, we decided that we will not go by bus, but we'll walk up the hill towards Victoria. From there is a beautiful view to the city centre, and also on the other side towards the airport. After we duly admire, we went down to the centre. We walked along the quay is the way to city hall and then to the Parliament building. Here we parted. I decided to visit the Parliament, which was to my satisfaction free. Dita opted for a visit to Te Papa Museum, which is undoubtedly very interesting and has a lot to offer - from the history of NZ Maori through the collection, and geotectonic problems of volcanic activity to contemporary New Zealand art. 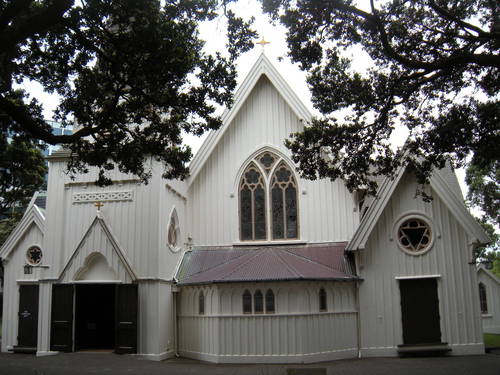 The complex of Parliament's comprises by three buildings, which attract the most attention Apiaries building (actually has the shape of a beehive). The whole complex, we carried out an elderly lady whose English was perfectly clear to understand (probably it was the Englishwoman living in NZ), which became for me a very interesting interpretation. Among other things we learned as well as technique, which built the building. This technique, which is also used in the construction of several buildings in the UK, aims to increase the stability of the building so as to be able to withstand shocks to the country about the size of 7 on the Richter scale. 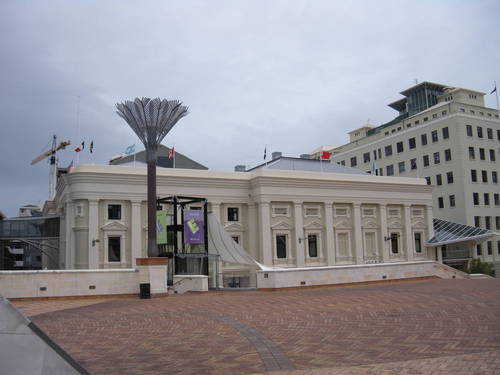 After we finished the tour, I still went to see the old church of St. Paul, which is located near the parliament building. From the outside it would one even noticed, but undoubtedly attract attention to its distinctive interior, which is a nice example of English Gothic style developed in the wood. There just played pleasant organ music, so I could not resist for a while immersed in a musical high.

The sightseeing I finished that joined to Dita in museum Te Papa. Unfortunately, I had just little bit more then hour for museum (closing at 18h). So I went in the rate of only about 2 to 3 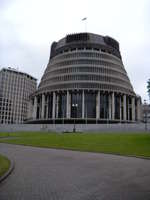 unit, which is only a tiny fraction of what Te Papa offers. Not particularly bothered me, however, because in many respects resembled the Auckland Museum, I went through quite thoroughly.

After closing hour we decided to buy some food, because the next day we had planned to cross the South Island and explore the Abel Tasman coastal trek. In the evening we have used the internet and arrange any necessary reservations for bus transportation and the aqua - taxi that we had to take after the trek back to the beginning.

In the morning we had to get up fairly early, because our ferry floated before half past eight and it was necessary to check in at least 45 minutes before departure. Ferry was truly impressive. On board were commonplace bars, rest rooms and even a cinema (for which, however you had to pay extra). We boarded without the problems, waved last Wellington and went on a relaxing three-hour cruise direction to the South Island.