From all of the New Zealand cities is Queenstown number one, in terms of the quantity offered extreme sports. There are countless companies offering bungee-jumping, cave adventure, rafting, jet boats, parachuting, hang gliding and many more. 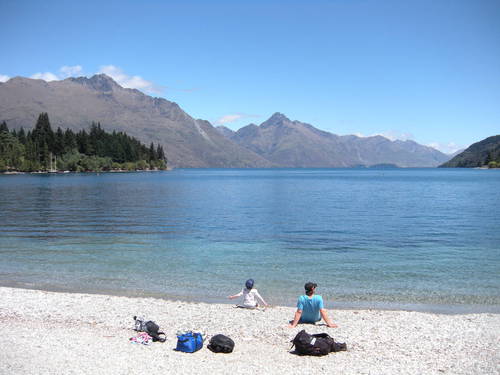 We started our tour by walking around Lake Wakatipu with crystal clear water. On the peninsula next to the lake are well maintained gardens with various species of flora and overall relaxed atmosphere directly encouraged to relax. And because Queenstown is a small town and therefore not need to hurry, we spent a quiet hour in the local oasis of calm. Then we went back to the city to the oldest house in Queenstown - "Williams Cottage". The house was built in 1864 and preserved in almost original form. Interior walls can boast of 30 wallpapers the last century. Now it is home based business with a variety of souvenir shops and cafes Vesta. Nearby "Williams Cottage" is church of St. Peter, a picturesque building with wooden beams and stained glass windows and fine organ. Our next stop was the underwater world of the "Underwater World", where insight into life below the surface of the lake. It is practically only a few windows, but we saw eels, sea trout and rainbow trout and diving duck. 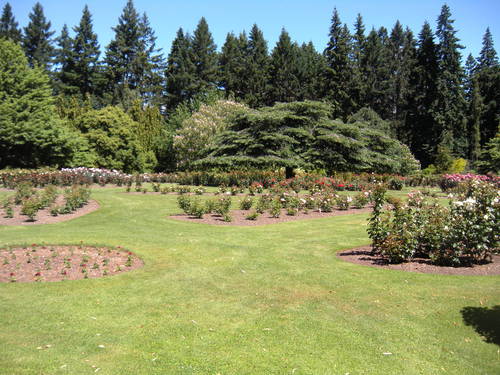 Perhaps the biggest attraction of the city's cable car called the "Skyline Gondola", offering fantastic views of the Queenstown, the lake and surrounding mountains. At the top are the restaurant and several shops where Dita bought postcards. Because the weather was favourable, we decided to do about 30 minutes circuit leds along the track for karts and parts cross nearby forest. Of course, we also attracted to go-kart ride, but the price came to us inappropriately high, so we finally just watched with envy.

Our last night we wanted spend with some nice company, so we set off for a while into the evening streets of Queenstown. We went into one of the bars where we claimed in the form of discount vouchers, which we happen to get the hostess girls in the city centre. I had two beers and Dita two vodka with juice. Then we went for a short walk around quiet evening lake and headed back to the hostel, to pack in time for tomorrow's departure. 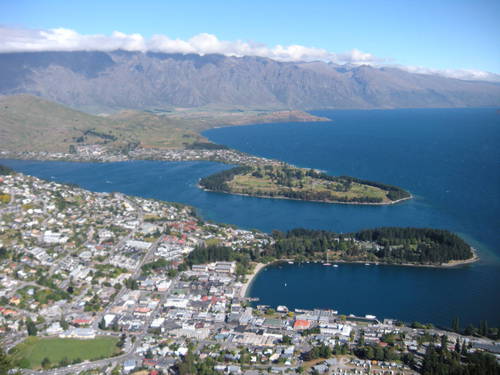 We had ticket with Air New Zealand on route Queenstown - Auckland. After nearly two-hour flight some nice lady from CouchSurfing waited for us at the airport in Auckland, with who we spent the last night before our departure from NZ. Her name was Christine, and even though she lived a little away from the center, with accommodation and overall approach, we were ultimately very happy. Although the weather was not nice too, but we decided that we're going to look more to the centre and say goodbye to NZ. Before one of the shops where we bought just last souvenirs, we have to our great surprise, met Janeh - boy from CouchSurfing, where we stayed our first two nights after arriving in NZ. In short, we share our experience and after a while we said goodbye. On the way back we stopped at the supermarket have to buy ingredients for dinner, because we wanted thanks our guests somehow.

Before the dinner, however, Christine has prepared us an unforgettable experience. She took us by car somewhere in the suburbs of Auckland - the place where we could see small luminous worms (called "glowworms"). I would compare it to our fire flies, but these animals did not move at all and the light that emanated, was somewhat different. At dinner with us then join Christine and while sipping a delicious New Zealand wines we had a very pleasant conversation. 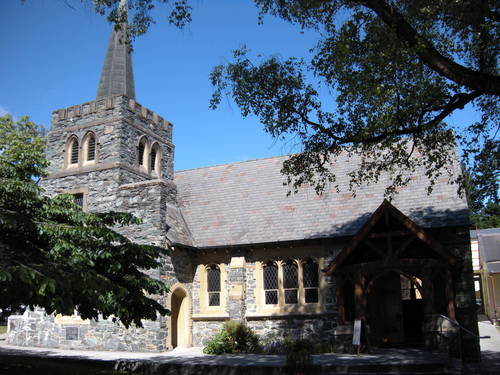 In the morning we had to get up very early, because our flight was scheduled for 10am and journey to the airport takes almost 2 hours. The return flight was, fortunately, is divided into two days, with the night spent in a luxury hotel near the airport in Seoul we had in the ticket price. Originally we planned that we would look into the centre, but unfortunately we have not had time. We flew up in the evening, went to the hotel dinner buffet in the form and tired after 11 hour flight we went to sleep. Next morning we had booked the transfer to the airport in 11 hours, hence a trip to the centre we parted. I am the least used of all premium offers and before breakfast I went to try the hotel's fitness centre, swimming pool, sauna and jacuzzi. We flew to Vienna in the evening and after a little break for a meal we boarded the Student Agency bus that transported us safely back to our cold Czech Republic. 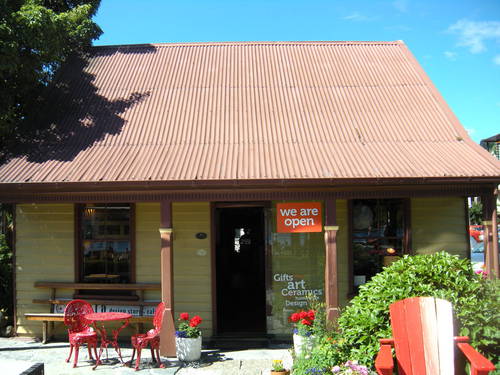