We would look for historical architecture in this city with no success, yet it has its historical charm. And it's gold, in Victorian houses on the waterfront. They were built during the California Gold Rush era (1848–1855). The golden route connecting New York with California was to deliver adventurers who set out to search for gold in California. But it carried the risk of collision with the Indians and lasted three months. That's why people used the way through Nicaragua. The ships sailed to the Atlantic coast and then sailed on the San Juan River until they crossed Lake Cocibolca. Passengers then arrived by train to San Juan del Sur, where they set out for the port in California. In fact, it was the first ocean-going channel in America, and this journey lasted one month. 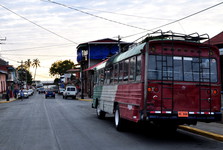 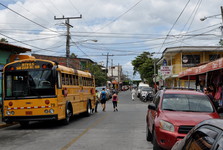 From Ometepe Island we took a ferry back to San Jorge and then we had an empanada. We made a hitchhike to San Juan del Sur and it was no problem. The city itself surprised us by its appearance. Just a seaside resort, bikini shops everywhere, lots of hotels, hostels and restaurants.

And we were also surprised by the prices. Suddenly everything was much more expensive here. Perhaps we are approaching the borders of Costa Rica, which is the most expensive country in Central America. We arranged a discount at the hotel and went to the beach. The city stretches between two hills, on the shore of a crescent-shaped bay. The beach is mostly youth playing baseball or football, tourists and surfers. Only the water came to us quite cold and there is not much shade here. 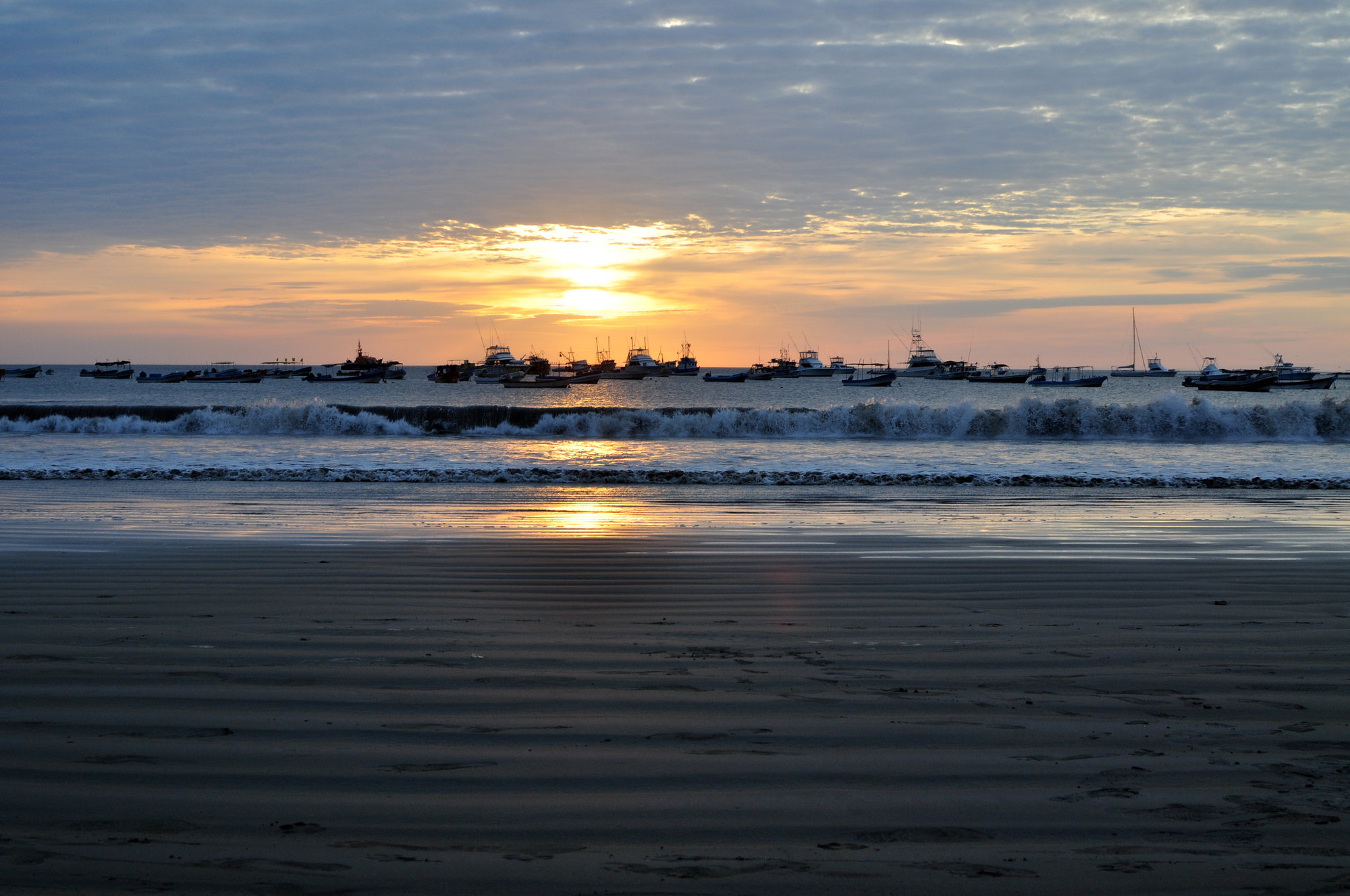 At the end of the bay there are remains of a suspension bridge that will take us to the Talanguera district. From there, the ascent begins on a hill at the northern end of the bay, crowned by the monumental statue of Cristo de la Misericordia. The 25-meter-high statue of Jesus is one of the highest in the world. It is a short walk up the hill and there is a fee. But there are beautiful panoramic views of the city and the bay. One of the churches here comes across one, Parroquia San Juan Bautista. 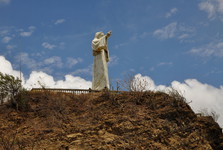 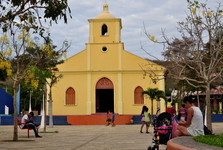 The most beautiful is the beach, of course, at sunset, at the moment the city is starting nightlife, bars and discos. San Juan del Sur was one of the other places along the road where we didn't sleep much at night because people were yelling on the streets, playing music and riding motorbikes. Choose a hotel where you will have peace at night.