It is no coincidence that the city and the department of Granada are among the most visited places in Nicaragua. There are plenty of natural beauty in the department, whether the coast of Lake Cocibolca, the beautiful islands or the national park with the volcano Mombacho. Therefore, travelers arrive in the city, which they also take as a base for further trips.

The city was founded in 1524 by the Spanish conqueror Francisco Hernández de Córdoba, although William Walker ignited it in 1856, it was beautifully restored. A walk is such a pleasant return to colonial times. For example, the cathedral itself (Catedral de Granada) was originally built in 1583, but has since been destroyed several times, and its most recent version dates back to 1915. It has four chapels and a dozen stained glass windows were placed in the dome. The city center consists of the Parque Central and the Plaza de la Independencia, where the cathedral is located. In addition, there are other nice buildings, such as Palacio Episcopal. And there are plenty of horse-drawn carriages waiting for tourists. 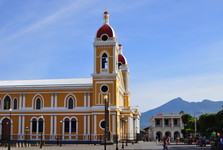 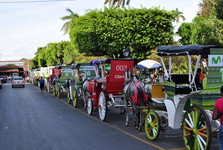 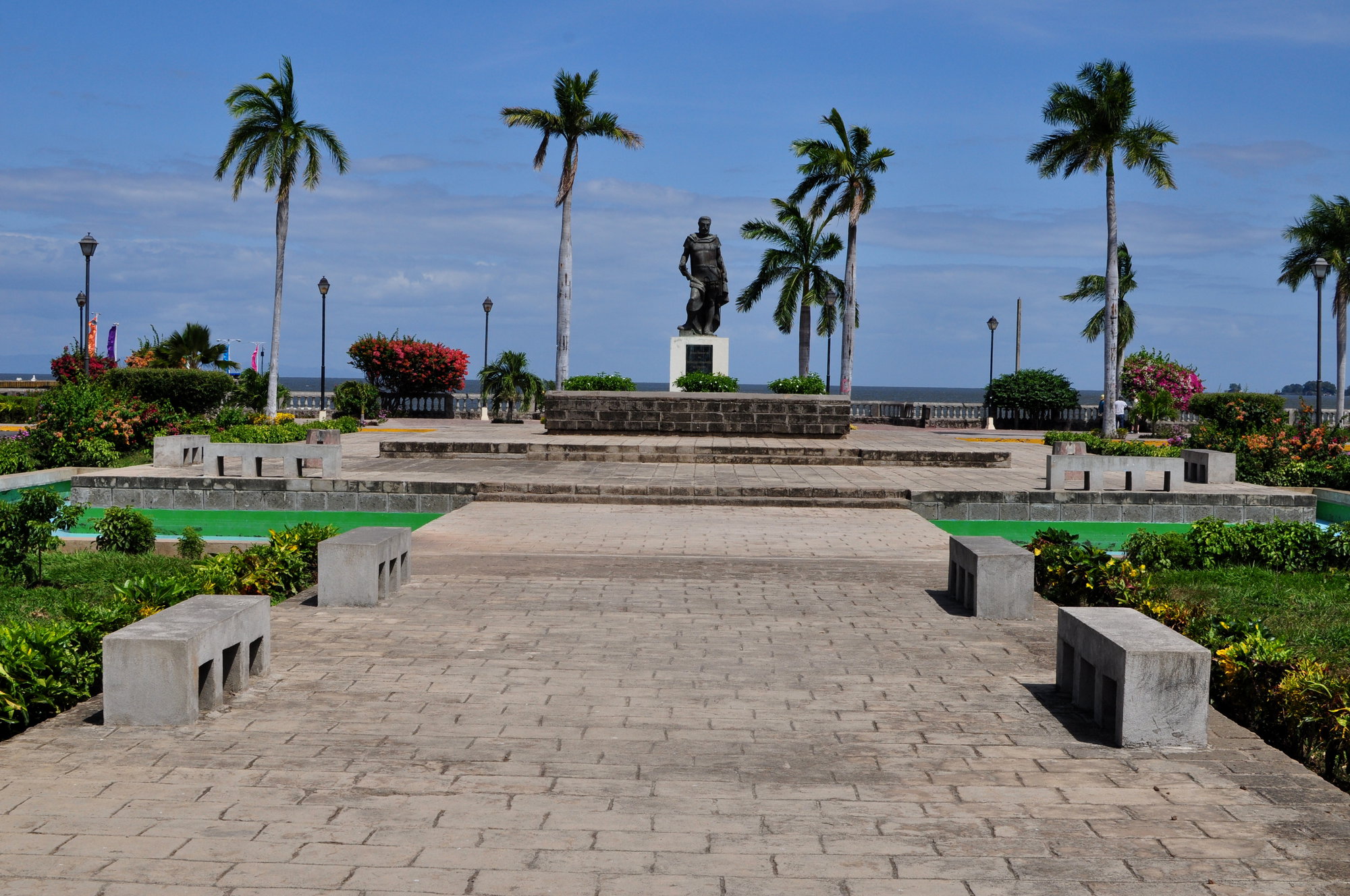 The most beautiful churches in the city include Iglesia La Merced from 1534, which was also damaged several times. It gained its current Baroque facade in 1781 and 1783 and its elaborate interior gained its shape in 1862. It is visited mainly because of the possibility of climbing the bell tower with a beautiful view of the city, especially at sunset. 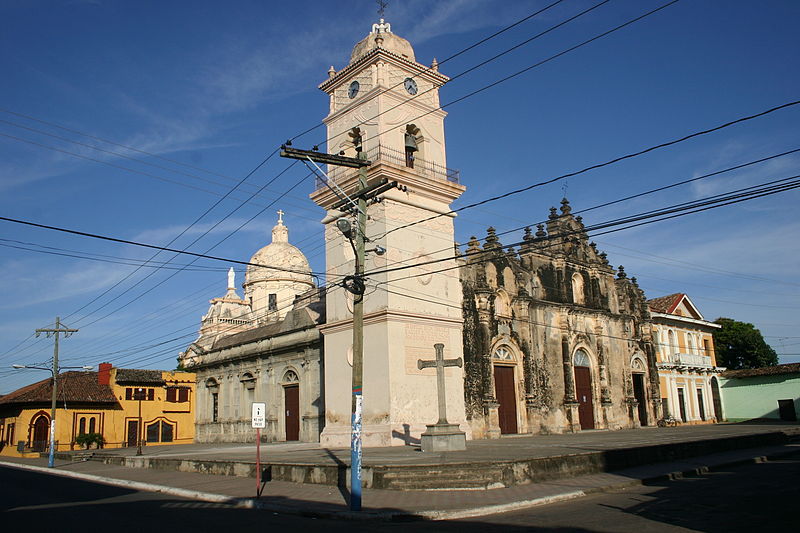 From Plaza de la Independencia, Calle La Calzada leads to the lake. We go for a walk to Centro Turístico, where is also a sandy beach, playground for children, picnic areas, restaurants, discos and also the pier (Malecón). But almost none of us is here. It is probably a place for night or weekend entertainment. Along the way we pass the statue of Córdoba and the impressive church of Iglesia de Guadelupe, which was originally built as a fortress in 1626 and renovated in 1945. 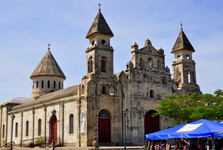 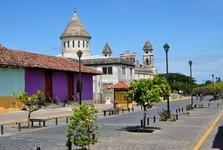 The next day we head to Ometepe Island from San Jorge. So we set out to hitchhike, but on the way we will visit the beautiful cemetery on the outskirts of town. At the entrance is the chapel Capilla de Animas, which is allegedly a replica of the French church building La Madeleine. The cemetery was used from 1876 to 1922, has a lot of beautiful tombs and mausoleums. There are even 6 Nicaraguan presidents buried here. Some may find the visit to the cemetery slightly morbid, but it is really nice here. 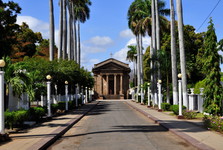 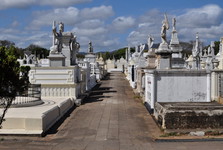