Pyongyang is the capital of the Democratic People’s Republic of Korea. As every state that has an adjective democratic in its name, neither North Korea is democratic. This country is one of the last communistic regimes on Earth. It was established in 1948 after the Untied States and the Soviet Union divided the Korean peninsula along the 38th parallel. In the beginning of the 1950s (1950 – 1953) the first great conflict of the Cold War, the Korean War, happened. North Korea started it with an invasion to the southern part of the peninsula. Unsuccessfully

Despite last fights were more than half a century ago, the country lives with the war even today. Official history says imperialists, most notably the United States, caused the greatest adversary of North Korea the war. Even slightest doubts about it could North Korean to seriousl troubles. It may sound absurd but the system the government built there creates an image of constant paranoia. Citizens are organized to inminbans, groups of 20 or so families that keep eye on each other and make notes of each other. They elect a leader, usually a middle-aged women and she reports anything suspicious to higher authorities.

In this regime standing on three pillars – army, strong propaganda and the Kim dynasty – live about 22 million people. The government very often twists stats so one should stay on top of them. The country is literary devastated by famine and any humanitarian help that gets through borders is with no doubts stolen by high ranking officers and high ranking communist officials before it gets to intended recipients. However, in the beginning of the 1990s reality was not so gloomy. DPKR was “feeded” by the Soviet Union . Its fall caused also a steep fall of the country economy of which was based on an export of raw materials. Factories and mines were closed, electricity has been cut, and there has been a serious shortage of food. 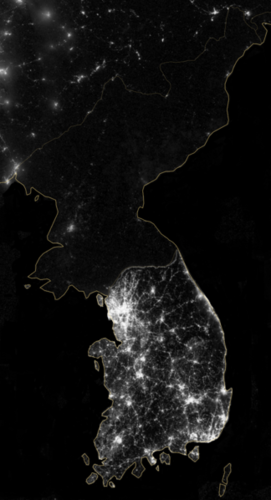 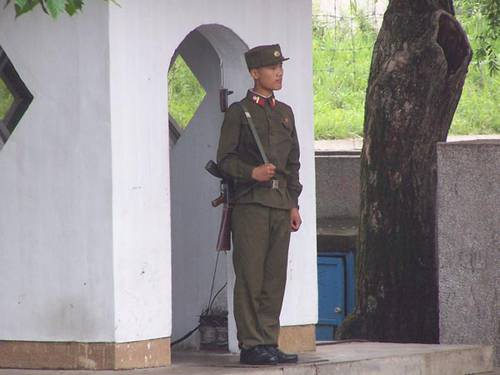 Pyongyang is the center of the country. There are situated all of the most important administrative buildings and top schools, it means that ambition of most of North Koreans are aimed at Pyongyang. It is hard to get there and some groups of the society are not allowed to live there. The reason lies in the fact that North Korea inherited Confucian caste system. At the peak of the pyramide is, of course, the Kim family, right after them there is the core class then follows the weaver class and lowest is the hostile class. The latter for example consists of concubines similar to Japanese Geishas, fortunetellers or shamans. Vertical social mobility is almost impossible in North Korea because sins of fathers are also sins of their children and so on….

Despite the fact that lower classes were carefully observed by their neighbors they also couldn’t live in south were the climate is warmer and the land more fertile. Pyongyang is thus sort of a showcase with well-known wide avenues with lonely cars or with inhuman monuments celebrating the Kim dynasty. In the following article we will examine more what the DPRK considers its architectonic delights.