en.infoglobe.cz » Norway, Trollstigen – To See the King of Trolls

Nice walk in Trondheim was even nicer with colorful warehouses giving the city typical Nordic atmosphere. Afterwards we followed the E6 road to the town of Dombas, a very popular city among tourists. We cand find there many shops with typical local products, souvenirs of trolls, or there is the Troll Park. This one was built undergrounds but in the time of our visit it was closed. Dombas is ideal starting point to see fascinating Troll Road which we planned to walk down. 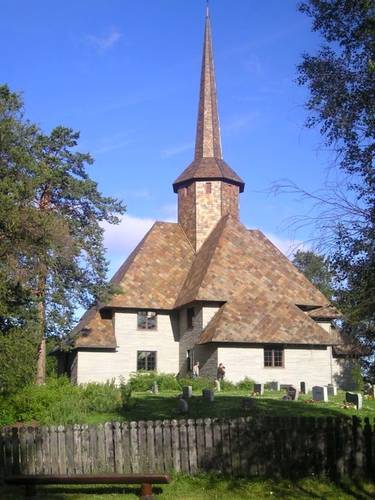 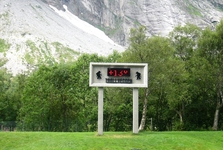 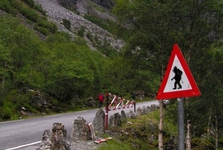 First we stopped by a sacral sight - a stone church with organ made in Czech Republic. Even here, however, we couldn’t see the inside. Pity that one of the two biggest attractions in town wasn’t accessible to the public. 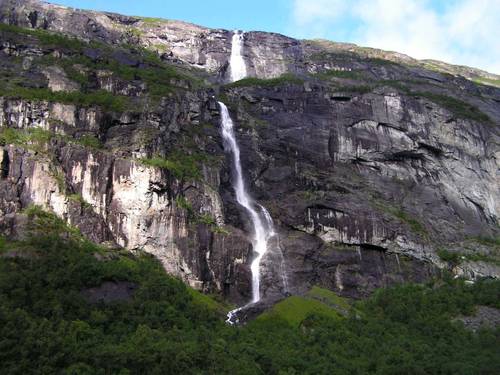 We moved to E136 to famous Troll Road. We had more than enough time to reach our destination so to make our trip shorter we thought about what trolls actually are. We imagined small elves but actually they are fable characters of Nordic mythology that are variously depicted. Usually, they are imagined as giants or ugly but cuddly monsters. They allegedly live at the edge of the human world and eat fish. Trolls know easy evil magic and are not particularly smart. Some are saboteurs, some bring love and goodness. Simply put, every tourist take away his own image of Norwegian troll. 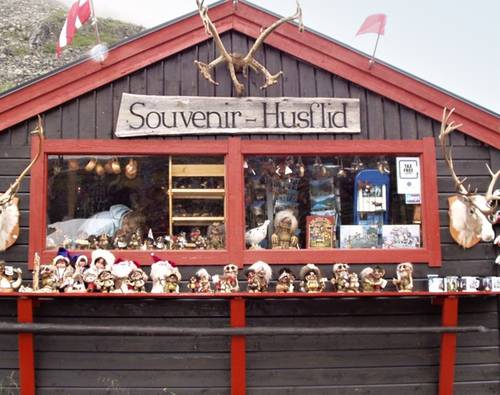 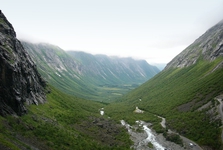 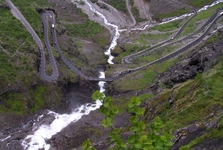 All of a sudden we found ourselves at the beginning of Trollstigenu (the Troll Road). It is a section of Rv63 road. The sections consists of 11 serpentines. About half-a-million people take up for the challenge every year, and more than 100 thousand cars. The section is lined with massive cliffs looming above you. The ascend is also extreme, 800 meters of altitude. On the top, there is a car park with social facilities. From there you can take a road to an observation platform there you can see the serpentines you managed to overcome, and also the unique wild Stigfossen waterfall, or bridges crossing rivers. Before the serpentines, there used to be important trading route, today the so called Golden Road of the North. Officialy Trollstigen was opened in 1936. The ceremony was attended by the Norwegian king himself. About 1000 meters tall Trollveggen, or Troll Cliff looms above it. Allegedly the king of trolls lived there. We haven’t seen any but, on the other hand, we enjoyed beautiful nature, rocks, and water. It was something we would remember forever. 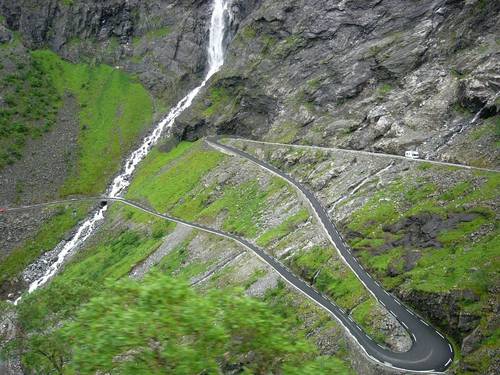 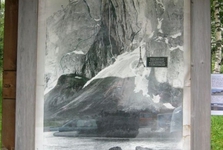 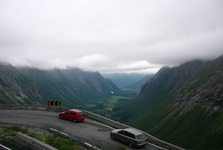 We followed the road to the bay, i.e. Fjord Storfjorden. There we embarked a ferry to move to another place. We will tell you about it next week . 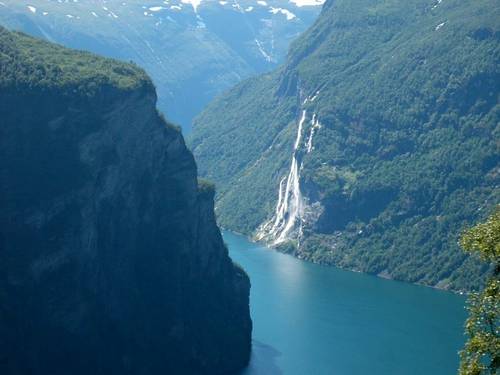 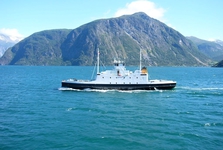 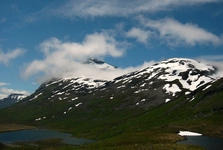