en.infoglobe.cz » Oswiecim: A Locality Where Blood Was Congealed

This concentration camp was established by Nazis in 1940 in environs of Polish town of Oswiecim. Nevertheless, the name of the locality was changed to Auschwitz. One year later, the Germans enlarged the camp, in a place of former village of Brzezinka, 3 kms distant from there. So, the second and biggest section of the camp was named as Birkenau. The Germans built there the biggest liquidation establishment of Europe. Most of victims were lost their lives just in gas chambers of Birkenau. 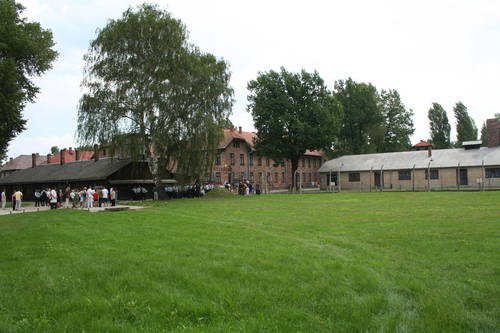 At present, a Monument and a Museum were arranged on place of former concentration camp, visited daily by crowds of persons from all over the world. In a queue at ticket-office, so you listen to many languages as well as nationalities. The entry hall is full of confusion, but, provided you overcome it and find your guide, you can fully submerge the past. Since that time, you can expect frightful experience, and you will take into consideration that no smile will appear in your face. So, these are the expressions like that, you  need to be slept off, and a visit of Oswiecim belongs to such events.

Entering concentration camp area, your heart will become stiff, and your brain stops to function at all. Some matters exist which are impossible to be understood. So, if you allow such visit, you have to calculate with some unpleasant thoughts, which will accompany you during all the day, and only a change of place would safe you from this reality.

We had good luck and had the advantage to follow the description in Czech language. Our guide-lady was a Pole, speaking Czech and she took such activity evidently as her mission. The sightseeing of the whole camp took five hours approximately and it was really difficult. 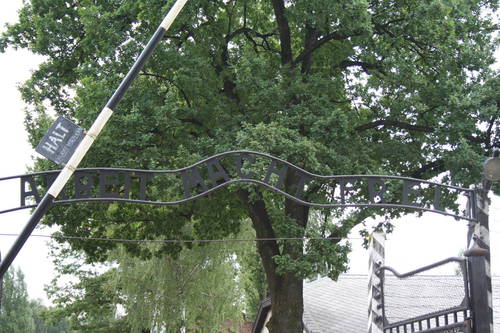 The sightseeing starts in Auschwitz I. basic camp, entering through a gate with famous known inscription: Arbeit macht frei (The Labour Sets Free). This section of concentrations camp consists of brick-built, non-pargetting buildings, barbed wires, gas rooms and cremation section. You can see the expositions in each building, where the visitors walk. You can see the photos, pictures of prisoners and personal belongings of murdered persons.

A Stoff, Manufactured from Human Hair

The museum collections contain, for instance, 80 thousands of pairs of shoes, 12 thousands of pots, 40 kgs of glasses or 460 pieces of artificial compensations. To most horrific subjects belong, no doubt, two tonnes of hairs, which were sheared of women, transported to the camp. Moreover, when you distiguish, in this mass of hair, small interwoven tress, you must do everything, not to swoon immediately. And this is the start only. You can watch the mass of marked luggage and suitcases and many other objects, which were confiscated by Germans to all persons who arrived to the camp. You can see even the toys or children suits could be found there. 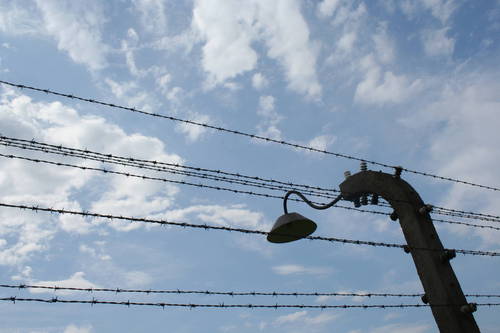 Moreover, the confiscated objects were used by Germans. So, all sheared hair were sold to the companies, which added it into yarn and the stoff was sewn from. You can see in show-case a stoff where human hair is running out, and this is really terrible impression. If you will be able to imagine a concrete person, you have endless crowd of people in front of you, who lost their life there. And this was my last thought, which my brain was able to admit, my head was unable more to accept, so all was transferred into safe modus, where you cannot to reflect upon. Having such thoughts, you feel an indisposition and your legs are broken up.

On the other hand, the next building is full of photos, giving information about the arrival of persons to the camp and the date of their death. Some of them stayed in Oswiecim a month only, some stayed there for three months. However, all persons finished their lives in gas ovens. Moreover, during time period, which they spent in such concentration camp, they were forced to work very barbarously, as their name, it was a number only, and all these persons were tortured in psychical as well as physical way. According to Germans, the prisoneres had two rights only: the right to work and the right to die.