Published: 22.3.2013
In today´s article we will explore one of the most dangerous capitals in the world

The capital of Papua New Guinea is located in southeast on a place that the English Captain John Moresby discovered as the first European in the 1870s. He declared the land to be Britain’s and later a settlement was established there that beared his name. The city developed slowly and it became the capital of Papua New Guinea only in the year 1975, in the same year when this country gained its independence. During the last decade the city experienced fast economic development and its population also raised (today there live about 300 thousand people) 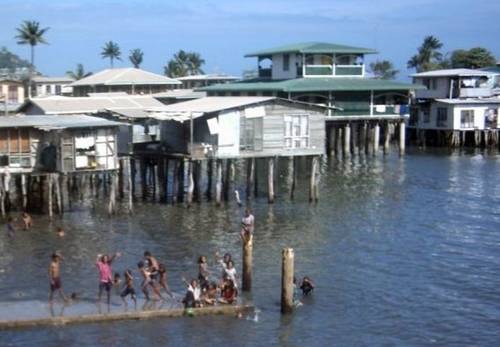 Unfortunately, for decades the city has been ravaged by violent crimes of “rascal” gangs. This situation is on one hand caused by poverty (GDP per capita is 2.5 thousand dollars a year, in the Czech Republic it is 27 thousand) and on the other hand an important role has ethnic heterogeneity of the country, the fact that there are more than seven hundred distinct languages speaks for itself. A large share on this situation has extremely high unemployment, about 60 – 90% in Port Moresby itself. Figures such as the Human Development Index (HDI) or the Gini coefficient only confirm this grim reality. Regarding tourism the city is not a place you should visit, you should rather avoid it (its 54 murders per 100 000 ihabitants make the city on of 50 most dangerous cities on planet). 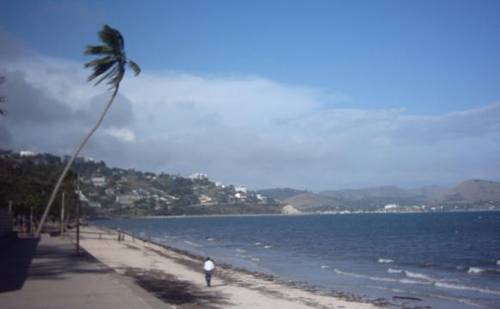 The city’s climate has two seasons, wet and dry season and average temperature is around 26 degrees Celsius..

However, there are still objects attractive for tourists such as the Parliament Haus. It was opened not so long ago, in 1984, and during its ceremonial opening Princ Charles participated. The architects planned the object to combine local architectonic styles. There is a mosaic above the main entrance with motives typical for Papua New Guinea. There are also some interesting details such as door handles in the shape traditional kundu.  drums. Inside the parliamentary building there are also seppuku masks and an exhibition of rare butterflies.

Right behind the house of parliament there is the National Museum. Its exhibition has wide variety of themes – fauna, geography, culture, flora however items are in poor condition

and due to bad financing there were no new exhibitions in years.

TheNational Botanical Garden and the Varirata National Park are calmer place in this noisy and dangerous city. The National Botanic Garden in particular are carefully maintained and you can see there local as well as exotic plants.

Worth visiting is alsothe Koki Market it is one of the oldest markets in the city. You can buy there fresh fish right from boat and also sea fruits. The market underwent significant improvement in the course of few last years but still it is highly recommended to not to draw attention to yourself with some glittering jewelry or with taking pictures.

The Ela beach is a sandy beach located in southern part of the city. Its promenade is a popular place for a walk however swimming there in the sea is quite dangerous due to shallow water, thick layer of seaweed and many sea urchins.