Published: 19.12.2016
The last place on our two-week journey across Paraguay is a city in the east of the country – Ciudad del Este. For many goods being smuggled through here it has been called "South-American supermarket". You can buy almost anything in busy streets in downtown. Brasilians and Argentinians go here to buy all kinds of goods mostly electronics whic is cheaper in Paraguay than in neighboring countries. The city was founded in 1957. Today, there live almost 400 thousand people and is the second largest city in Paraguay. The city lays on the River Parana (the second largest river in South America). The city borders with Argentine and Brasil. The Puente de la Amistad (the Bridge of Peace) links it with Foz do Iguazú. 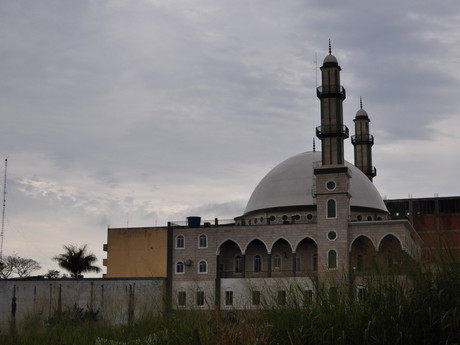 In downton Ciudad del Este there is not much to see. However, there are many exchanges, clothes stores, groceries or electro shops. There are several ugly old builgings making depresing mood. However, there is beautiful San Blas cathedral with timeless confessional which includes air-conditioning. Nearby, there is a large mosque with two minarets and a huge white dome. There are many parks around the city with some workout equipment and sporting areas. A bike circuit around Lago de la Republica lake is great as well. You can observe birds there. There is also a wharf and an amphitheater. Apart from buidlings, there is lots of greenery mostly lapacho trees (in this time of the year they blossom rose flowers making otherwise concrete city better). Jezuita Plaza is an interesting shopping town bit remote from downtown. It is n the style of a historic town. Streets, colorful houses, bridges, lamps make all a classic village. In every house is a shop selling world-known brands or there are restaurants. Quite an interessting idea. 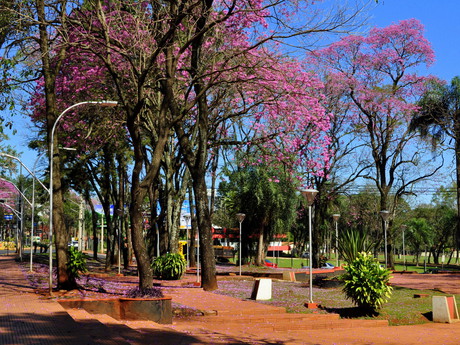 Salto del Monday waterfall is situated on the edge of the town. There we ride on a bus to see it. It is quite large cascade waterfall which makes beautiful panorama in the landscape with dense tree cover. There is a lift on the bottom part. You can use it to get down to the river and see its rumbling water currents. There are not so many people for Iguazu, a nearby waterfall, attracts all atention Upon seeing Iguazu myself, I must say that the former got significantly smaller in my eyes. However, I still liked it. 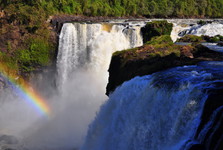 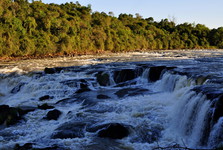 North from Ciudad del Este, there is huge Binacional Itaipú hydroelectric powerplant on the Parana River (it belongs both to Paraguay and Brasil). You can visit the power plant for free. This colossal hydroelectric power plant is the largest of its kind in the world (the Three Gorges Dam in China has higher performance). . Itaipú produces almost 80 % of Paraguayan consumption. It was constructed between the years 1975–1984. The cost was ca. 20 billion USD dollars. The water flooded an area of 1 350 km2 meaning that water consumed the Sete Quedas waterfall. Upon registration at the administrative building, we set off on a bus to the dam itself. First, we make a stop at a scenic point which gives us a splendid vista over the dam. Then we ride right beneath the dam and pass by turbines. The return journey takes us up on the dam from where we see the large flooded area. All it takes about an hour. 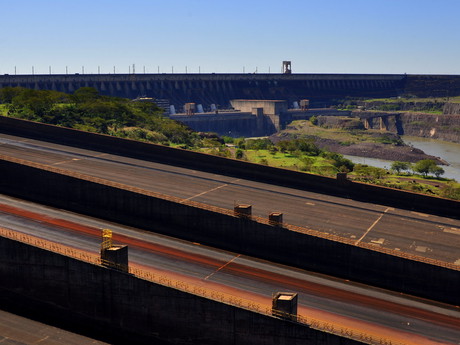 Near the administration there is a museum of etnography, local fauna, flora and detailed description of the construction of the dam. Near the museum, there is a zoo. Well, it is a rather a rescue for animals inflicted by changes in local landscape. Everything is free of charge. It is sort of a compensation to the locals for damaging local ecosystem due to construction. In the vicinity of the power plant, several stations and reserves were constrcuted for animals. You can stay over night at local cottages there. And this we initially planned. Refugio Tati Yupi (about 26 km) is the closest one but we cant visit it. Local schools have booked the area until the end of the month. Another private reserve (there are eight of them) is 70 kilometers away. It is not easy to reach it without having a car. Therefore, I recommend to book it in advance. 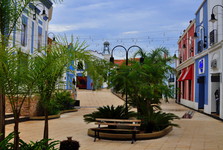 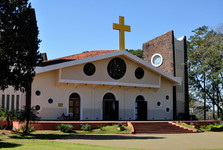 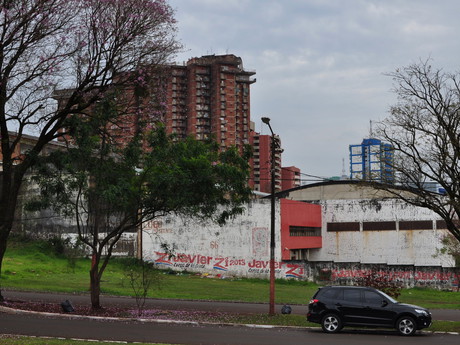 Ciudad del Este and its surroundings is place rich on things to do for couple of days. Moreover, Paraguayans are very kind and will make your visit in the city and outside of it even more pleasant. On our way to Iguazu waterfalls in Argentine, you can use a bus from Ciudad d. E. to Puerto Iguazu (there you transfer to a bus which takes you to the waterfalls). Tourists are not allowed to transport fruits and vegetables over the border. However, I recommend to buy some food supplies etc. in Paraguay. Argentine is a much more expensive country. A Czech citizen doesn't need a visa to visit either Paraguay or Argentina.The border crossing is easy.

Published: 14.11.2016
Before we get to Asuncion we need to ride through Gran Chaco which spans across Argentina, Bolivia and Paraguay. It covers most part of Paraguayan north where most of the war with Bolivia took place in the 1930s. Paraguay won it. The reason for the wall was that both parties mistakenly believed to hold oil resources. Today it is just empy wasteland covered of grass and trees.

Published: 12.12.2016
Jesuit missions are among the most attractive landmarks in Paragueay. I was very interested in such an attraction. I didn't have an idea how such missions look like. The Jeusit missions of Paraguay are mostly along the River Parana and some are also in Brasil, Bolivia, and many in Argentine (the province of Misiones). There are eight Jesuit villages in Paraguay. Three of them are quite well-úreserved. We are heading towards them right now. Missions (native villages) were used to re-education of locals (Guarani tribe) and were built in the 17th and 18th centuries. Villages look very similar. Usually, there is a large stone church with sacristy. Adjacent to it, there are several buildings - schools. Then there are dwellings of the natives.

Published: 5.12.2016
The city of Encarnacion (the capital of Itapua departament) is situated in the south of Paraguy on the River Parana. The river makes a natural border with Argentina. Perla del Sur (Pearl of the South) is how people call this city of 120 thousand. On the other bank of the river sits Posadas, a city in Argentina. Both banks of the river are linked by the San Roque González de Santa Cruz bridge. The city was founded by the Jesuits in the 17th century. There are many Jesuit missions in this part of Paraguay. There are some well-preserved ruins that we plan to explore. Now we set aside two days to explore Encarnacion.

Published: 21.11.2016
Paraguay is rather a small Southern American country. Still, its area of 406 750 sq kilometers means it is 5x larger than the Czech Republic. Therefore, tourists are motivated to move slowly and to visit small and quieter towns. We hitchhiked one man who told us that only Asunción, Encarnación and Ciudad del Este are considered cities in Paraguay. The rest are villages. And we would soon find it out by ourselves.

Paraguay – A Country of Contrasts

Paraguay is a country in Latin America without access to the sea. It is situated about 5000 kilom...