However, the rucksack did not arrived, so next calls followed, and finally, my phone bill reached

„sky height“. The phone calles were done from local phone cabins, of course, but I was forced to accept several calls from my cellular phone (warning: if you go to South America, would you check carefully, if your phone device is able to function there. I specially bought a new cellular phone, first of all for such purposes!). I recognized that my rucksack arrived to Lima without problems but the airport-employees did not taken it in time to the airport, so the luggage remained there. Anyway, I was assured that the rucksack would arrive to Huaraz in the evening, but I knew in advance that everything would be O.K. when I would saw it. I was really incited as we wished to start our first mountain trek. 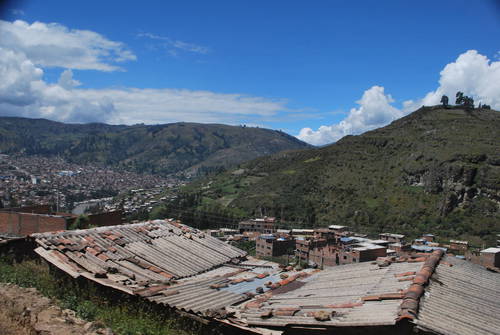 On that day, we planned our second acclimatization excursion, this time to Black Cordillers Mountains (Cordillera Negra). We took a taxi (or Sols 110 for the whole group) to Callan Punta Outlook, situated at the altitude of 4225 metres above sea level. From there, we climbed on foot up to the altitude of 4450 metres. Vojta mounted a little higher, but the other participants had no pleasure to go there, as the rain came. So, we took our capes or capuches and started the descent through green valley. The path were available there but filled in with powerful soft mud stratta, sticking to our shoes, and the walk was more and more difficult. Nevertheless, mud layer got its top, when we walked outside path and bathed in the field. However, Josef suffered most, as he took sandals, and fully „enjoyed“ this descend. Finally, he took down his shoes and continued walking barefooted.

Anyway, the path became of better condition, and we reached the torrent, where we could clean our cloths and bodies, and continue the walking up to the village of Urpay. We observed cows and goats pastured around, under severe supervision of Indian women. We tried to recognize their age but this aspect is, obviously thanks to their non-smart costumes and probably hard way of life, not to be identified. Margaret had a conversation with one woman and found that she was 27 years old, despite the fact that we estimated her to be much more older. A man was the other figure, we met. He was completely fascinated with our trek sticks. He declared thathe held maximally only one wooden stick in his life, so, he had to to touch it at least. 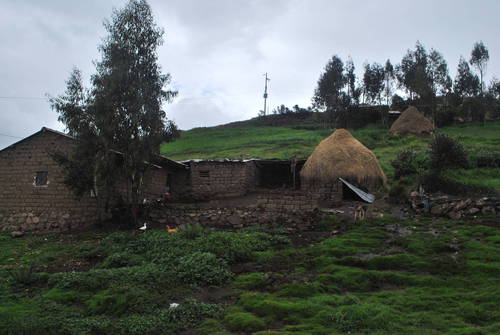 From Urpay, we travelled to Huaraz by collectivo (Sols 0,9 per one person). I left the group, in order to look for my rucksack. However, the luggage was not delivered at eight o´clock p.m. The attendance service in railway station informed me to come later that the next bus would arrive at nine o´clock. I returned ill-humoured to the hostel with a prospect that I would be forced to visit the station again. Vojta always accompanied me, but this time he was so tired that I asked Milan to go with me there. Frankly speaking, it is not to safe to go by taxi alone, owing to high criminality, so this service was very useful. So, we waited at the station, before the bus would come, and we met suddenly John from Tábor, the other Czech man. He worked there as an accomplice in hostel. He informed us that he was undertaking alone „a way around the world“. When we said good-bye to each other, I finally found my rucksack. So, I was very satisfied, and everything was ready for our Santa Cruz next trek. 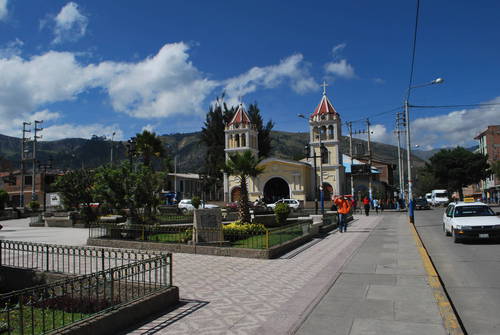