Plague Columns - Stone Witnesses of the Victory over Epidemics II

Whether it is the Marian columns or the Trinity columns, both types arose similarly to the plague columns. They have a Christian theme in common and are similar in many ways. Some more modest, others ostentatious and monumental. Their characteristic feature is thanks for the end of a certain bad period in the area and at the same time protection so that such a period does not happen again. As the saying goes, "everything bad is good for something." 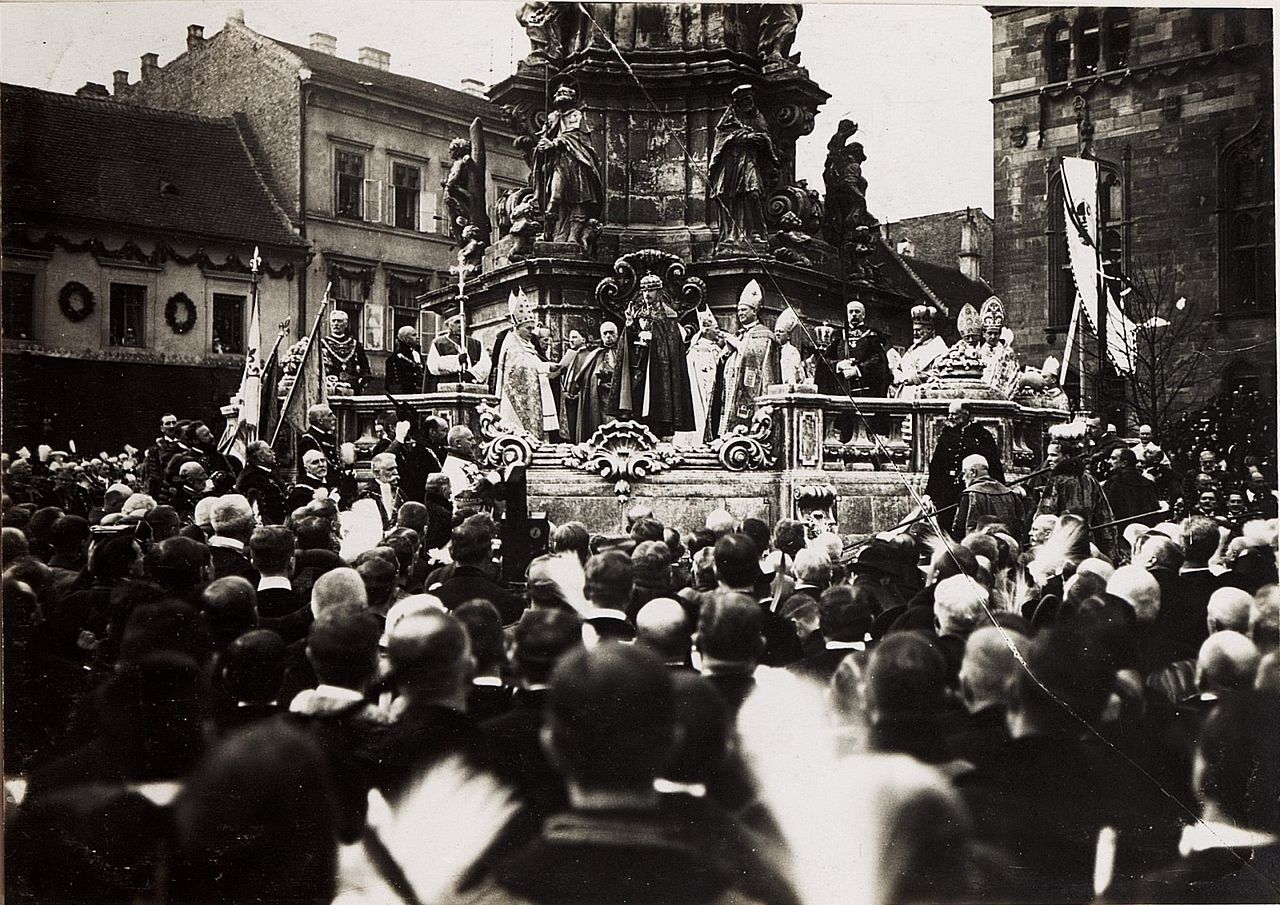 In the case of the plague epidemic, which depopulated cities and caused famine, it is difficult to find the above-mentioned good. The construction of plague columns is quite a small patch for what the plague caused. The epidemics were followed by a period of famine, which led to the introduction of new crops - potatoes, corn and tobacco. In difficult times, even these crops helped the decimated population to survive. Tobacco has even been considered by some to be a cure for disease. Today, we can hardly imagine not eating potatoes or corn. Of course, the disease has spread more slowly from one country to another in the past, as there were no such possibilities for rapid movement, but on the other hand, information about it was also obtained more slowly.

Measures in the Time of Epidemy 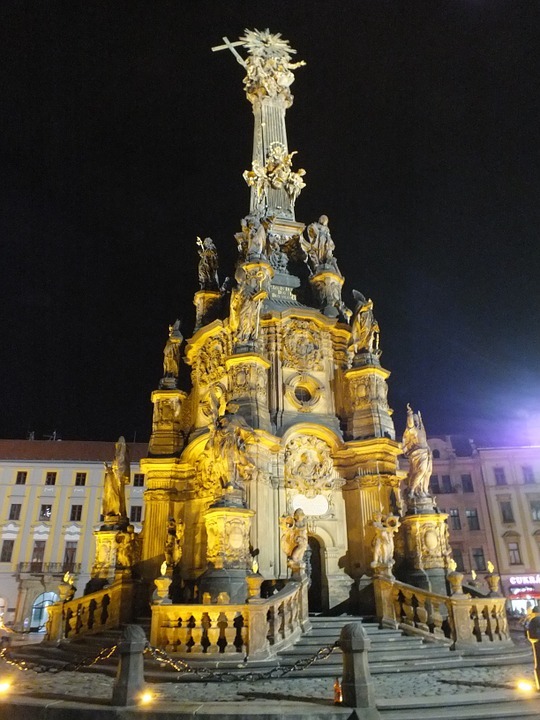 n addition to the closure of the cities themselves, where the epidemic began to spread, doctors in particular also protected themselves with masks. These resembled a bird's beak and were filled with hay and various herbs or spices.

How They Were Created and History 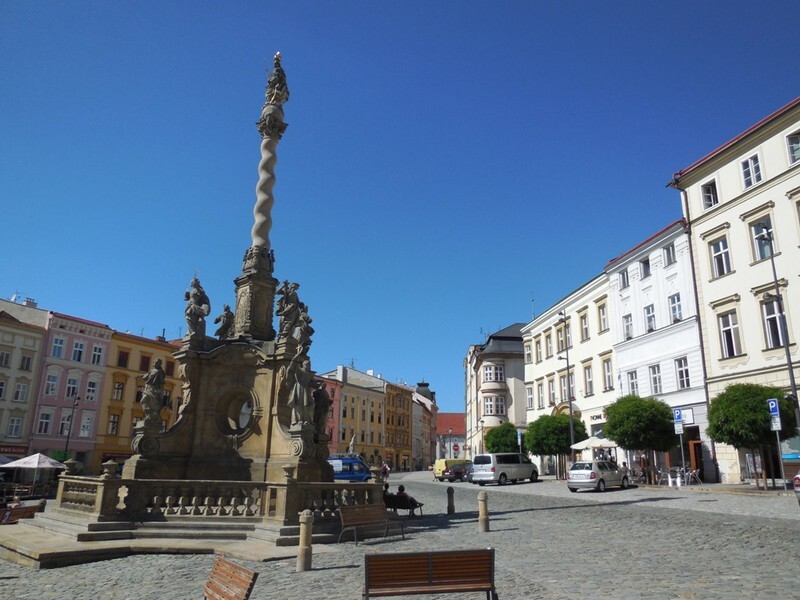 The Trinity Columns are crowned with depictions of the Holy Trinity (Father, Son and Holy Spirit) and usually celebrated the Church and the faith. 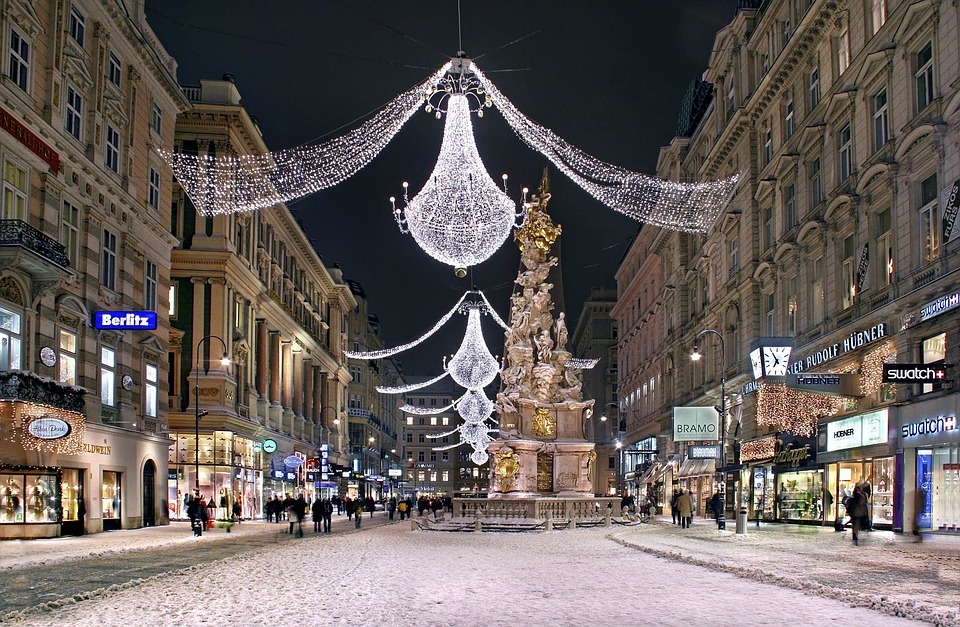 The type of the Trinity Column originated as a variation of the Marian Column in the 1980s in Vienna and became domesticated especially in the Habsburg Monarchy. An example is the Holy Trinity Column on Graben Square in the center of Vienna. The monument was built after the plague epidemic in 1679 at the initiative of Emperor Leopold I. 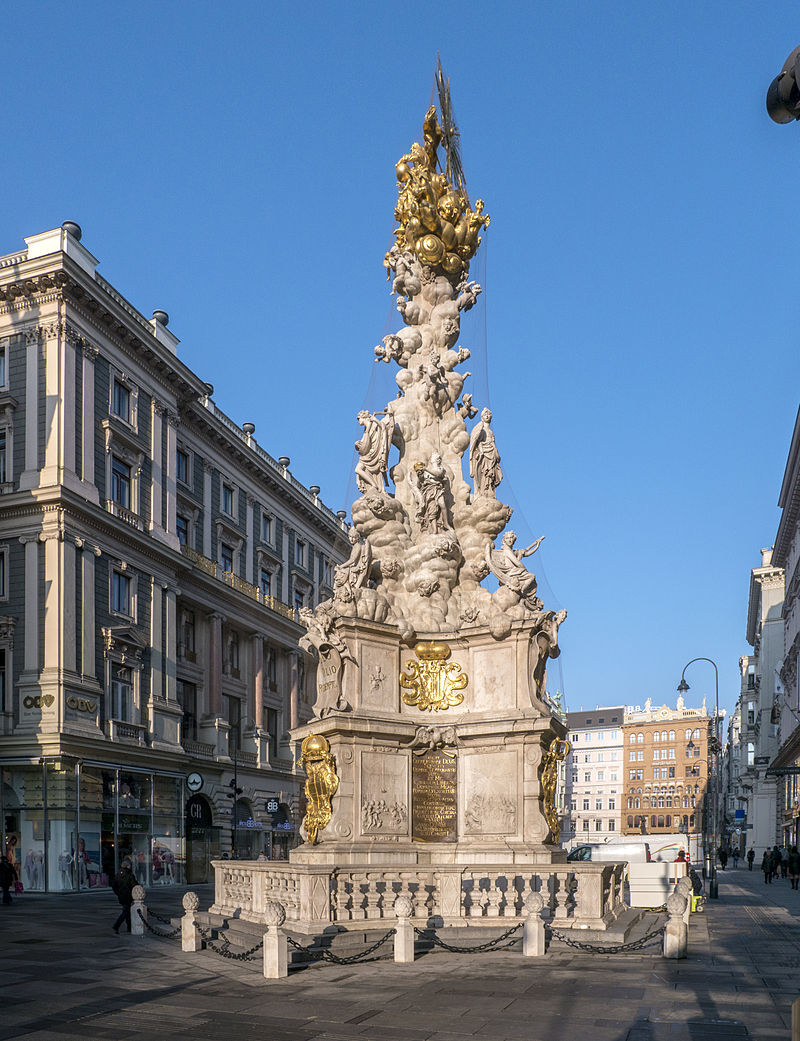 When the emperor left Vienna for the plague, he promised to build a plague column after the epidemic. First, a temporary wooden column was created, in 1687 the foundation stone of the current column was laid, the rich decoration of which consists of marble clouds, statues of saints and angels. The emperor himself financed the costs of its construction, was consecrated on October 29, 1693 and became the inspiration for most of the Trinity pillars. The consecration of the Holy Trinity could also be related to the then Turkish threat. While the Marian columns built so far were also directed against the Reformation (Protestants reject the Marian veneration), the Trinity express the trinity of God and thus oppose Islam, which proclaims strict monotheism. 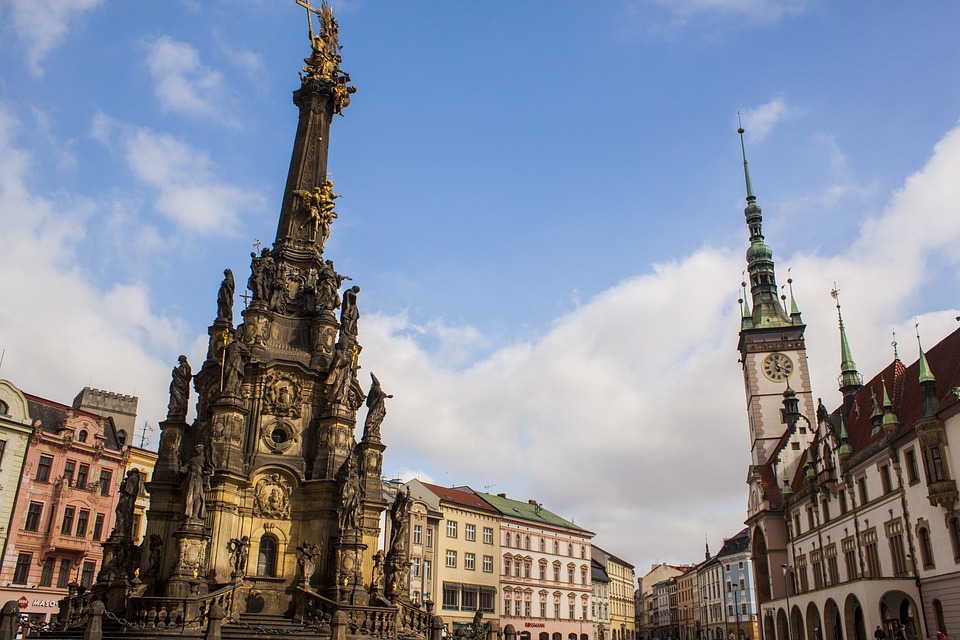 The time of the Trinity columns culminated in one of the most important and largest columns of the Holy Trinity, which rises on the Upper Square in Olomouc. It was built in the years 1716–1754 and financed by the architect Václav Render. Almost at the same time, a column was also being built on the neighboring Dolní square. This work of high baroque art is exceptional due to its monumentality, rich decoration and unusual combination of sculptural materials of stone and gilded copper. The base of the memorial is so large that a prayer house could be built inside. This column is the only one that has been independently inscribed on the UNESCO World Heritage List.

In a week we will focus on the Trinity Columns in Slovakia.