en.infoglobe.cz » Poland, Trips to See the Gems of the Duchy of Lesser Poland I 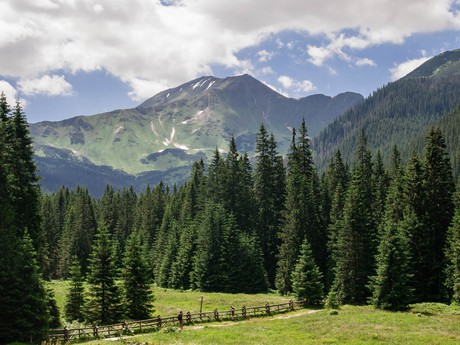 Today we went from Zakopane to the southwest along the road number 958 to the huge village of Kościelisko, which includes up to 21 settlements. Our first stop is the part called Kiry, where we park our car and set out on a tourist trip to the valley of Kościeliska. The valley can also be reached by bus. Movement on the valley is possible only on foot, but in summer it is possible to ride Goral carriages and in winter to sledge. When entering the valley you have the possibility of refreshments and buy some souvenirs. 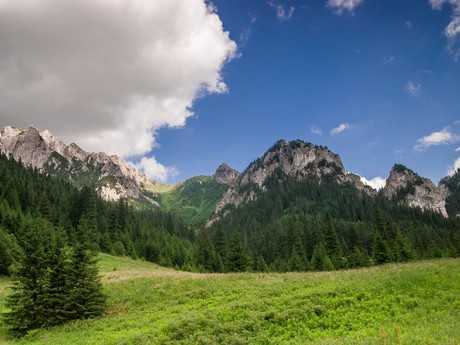 Kościelisko Valley has some possibilities to take a walk of more than 9 kilometers from the foot of the Tatras to the main ridge. It is the second largest valley of the Polish Tatras. The valley passes through the valley, initially on the sides of the breathtaking limestone rock formations - gates, later the valley branches and turns into a high mountain landscape. Its highest point is the relatively poorly defined end of the northern ridge of Bystrá - Błyszcz. Kościelisko Valley is one of the most visited tourist sites in the country and in addition to the amazing mountains you will find several caves, including the deepest and longest caves in Poland and in the Tatras - the Great Snow Cave. During the hikes you will also enjoy the views of the chapels, typical Tatra flora and if you are lucky, you will also see some animal inhabitant. Since this is a very popular place, we recommend a visit out of season. 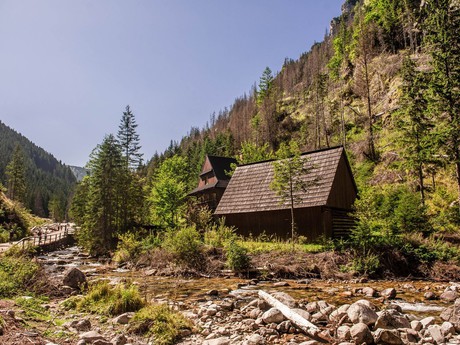 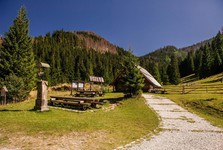 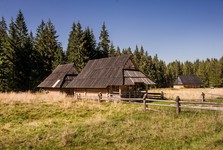 However, we did not plan to climb high altitudes, so we turned after a few hundred meters and returned to the parking lot. They continued on the unchanged road further west, to the longest (10 km) and the largest valley in the Polish Tatras - Chochołowska Valley. We parked in a reserved car park (Siwia Polana) and continued on foot. Introduction of the valley was very similar to the nearby valley of Kościelisko. We admired the surrounding hills, numerous alpine huts and majestic Tatras in the background. The valley gradually branched into three main branches and then to a number of smaller valleys. Here we had the opportunity to observe a number of karst manifestations and caves, but unfortunately not accessible to tourists. 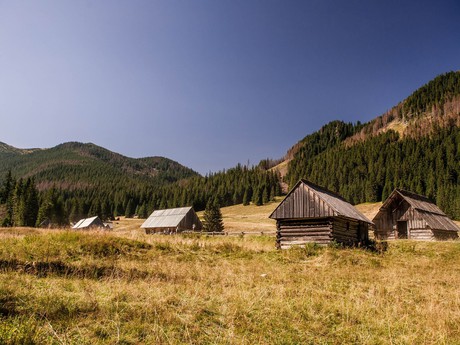 We followed the bed of the Chochołowski Creek and after less than two hours we arrived at Polana Chochołowski. There were mountain chalets (Bacówka), a little bit further the largest tourist hostel (hostel PTTK) in the Polish Tatras and a sacred jewel in the form of a mountain chapel named after John the Baptist. The local chapel is famous for its numerous visits to St. John Paul II. (local memorial plaque informed us), as well as one of the film scenes about Janosik (Polish series from 1973). During the tourist season, even masses are held here regularly. 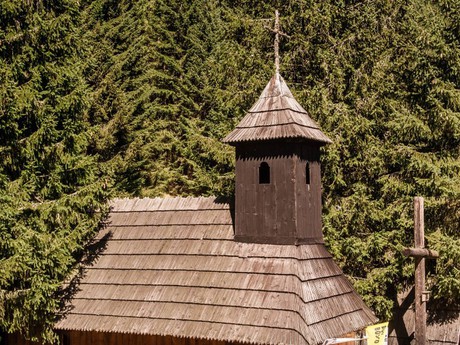 After enjoying the views of the natural scenery and the mountain history of the area, we return to the parking lot. If you want to shorten your journey, you can use a seasonal tourist train running from Siwa Polana to Huciska and back, saving more than an hour. There is also the possibility of renting a bike and following the route on two wheels. 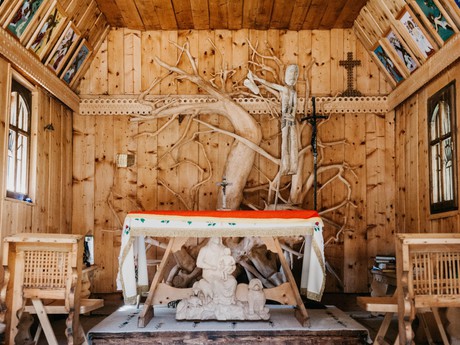 We conclude the tour by buying a few souvenirs and tasting local specialties. We are gradually announcing a return to Zakopane to recharge our batteries and take on another adventure. 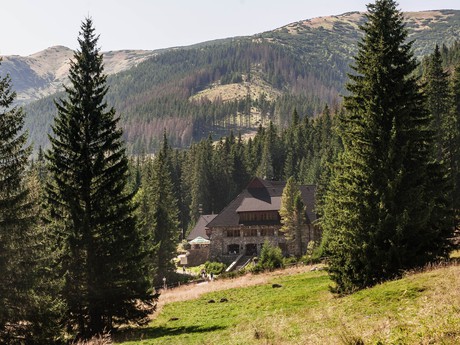