In front of a train station. Me and my friends concured in our image of Warsaw as a city of high-rise concrete houses built in the Communist era. However, we get off the train station into a modern city center of modern high-rise structures. Then we noticed Palace of Cutlure with colorful lighting turned on every night. We truly underestimated Poland which we would realize over the following days. 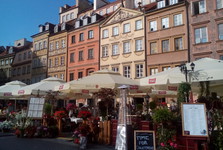 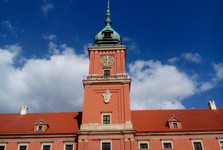 So what is there in Warsaw? Palace of Culture is one of places worthy of your time. You can rise in an elevator to the top for 15 zloty (about 100 Czech crowns). A splendid view will open up in front of you over the entire city of Warsaw. Below the palace, well across entire city, there are many summer cafes. There you can have a beer or some of local amazing home-made lemonades. Then relax on a beach bed. Warsawa is not overcrowded. Therefore, should you be looking for a to stay at a weekend without crowds, then this city is a must. You will enjoy your break there. 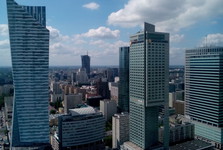 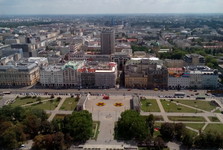 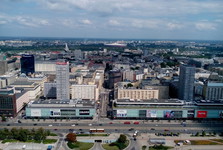 Another must-see place is the Old Town. It was almost completely obliterated during the WWII. However, it was renovated after the war. It has been on the UNESCO's list since the 1980s. Today, it is the main point of interest for tourists in Warsaw. Zamek Królewski (Royal Palace) is situated in the center of historical center. It was built in the 13th century and there is a netowrk nice narrow streets lined by colorful houses surrounding the palace. There were many musical concerts happening during our time of visit. And there was a marathon in the evening. You can enjoy a beautiful vista over the Vistula and the huge National Stadium from there. The stadium was built to hold matches of the 2012 soccer championship and the finale of the 6th year of UEFA championship. The stadium has beautiful lighting effects at night. A musical water fountain is situated in the Park Fontann. There is a show every Saturday at 21:30 which is for free. 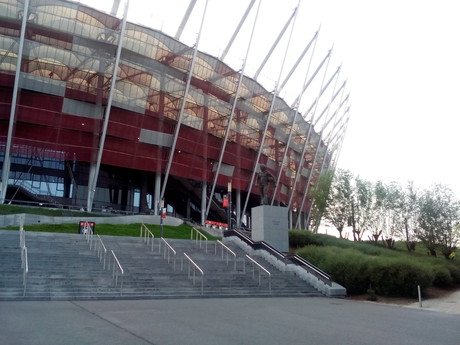 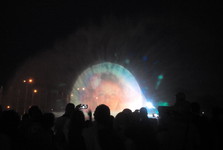 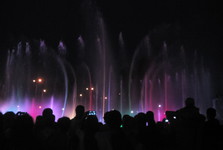 Łazienki, the largest park in Warsaw is indeed another place wort of visit. Popular classical music concerts and other events take place throught the summer there. In the center of the park there is a beautiful royal palace on the lake. 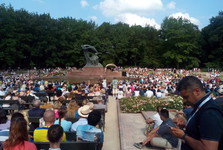 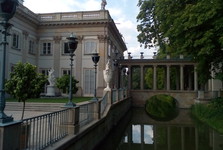 Warsaw has close links to the WWII. The Museum of the Warsawa Uprising is a great place for every military enthusiasts. It is situated about twenty minutes of walk from the Palace of Culture. Inside, there is a war plane, many interactive exhibits, and arms. You can enter the museum free of charge every Sunday yet you must expect large crowds.