en.infoglobe.cz » Poland, Wieliczka Salt Mine II – Half Way Through the Chambers

From the offer of all trails we take a scenic one. This circuit tak the public only through 3.5 km of corridors out of a total of 300 and awaits us over 800 stairs. But you do not have to worry, the circuit is not much demanding. 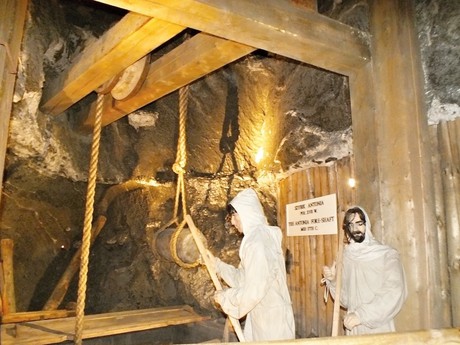 The first stairs are running right at the beginning of the route. From the Danilowicz shaft we descend on 378 stairs to the underground - on the floor called Bono at a depth of 64 meters. A nice tour guide in a festive mining uniform tells us about the safety and the rules of the tour and stay in the mine.

We reach the entrance to Anthony's Mine, which connects the 1st and 3rd floor at a depth of 135 m. Here we can see the mock-ups of the former mining process. In addition to the shaft under the ground, the towing device for the vertical mode of transport is renewed. Roller salt blocks rolled up miners from the mining site to the shafts that brought them to the surface. We move to Urszula chamber, where salt was mined in the years 1649-1685 and in 1830 was included in the then tourist route. From the 20th century, the area is reinforced with wooden beams. 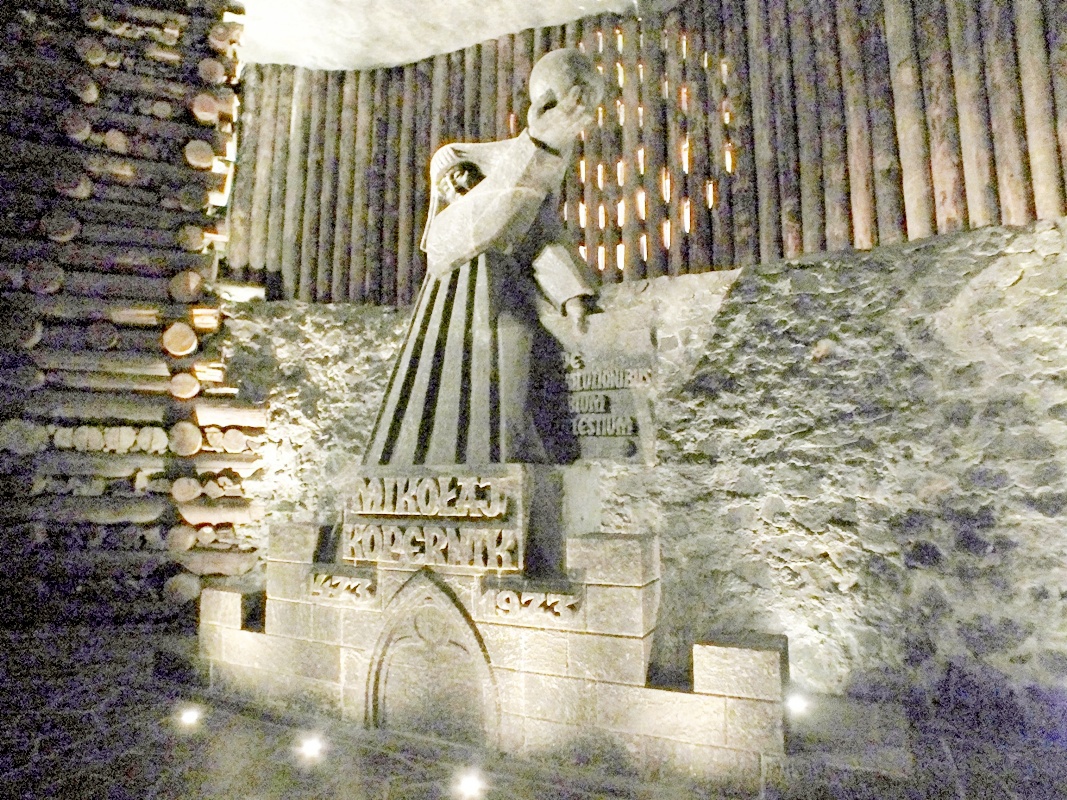 The mine has many famous visitors. The first was Nicholas Copernicus. He went to the mine in 1493 to carry out one of his researches and was the first person to descend into these spaces for a purpose other than mining. That is why another chamber excavated from the block of green salt into which we enter is named after this important personality of science, which has entered the history of mankind with its astronomical discovery of heliocentrism. Mining in the chamber was completed in the second half of the 18th century and served to transport extracted salt. Wooden beams support the ceiling of the chamber. There is also a statue sculpted from the salt (Wladislaw Hapek, 1973) to the 500th anniversary of the birth of Nicholas Copernicus. 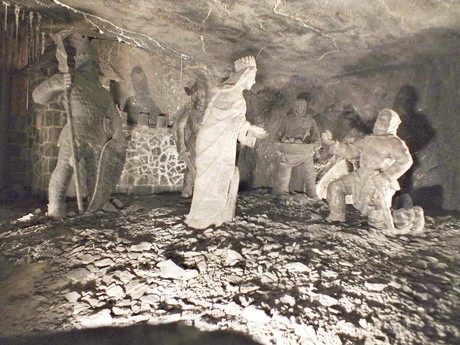 In the first half of the 17th century the Janowice Chamber was formed, which attracted us with a sculpture. This was created in 1967 by the miner Mieczyslaw Kluzek. These are six life-size salty sculptures, which represent the legend of the discovery of stone salt in Poland. According to it, the salt was discovered in Lesser Poland in the middle of the 13th century under the reign of Prince Boleslav the Shy and his wife St. Kinga. She got her dowry from her father, King Bela IV of Hungary, one of the salt mines in Marmaros, and threw her wedding ring into it. This ring then miraculously came to Wieliczka along with a stone salt deposit. When the Princess came to Poland she ordered to dig at the marked place where the miners found her wedding ring. Statues in the chamber are complemented by light and sound effects that will take you for a moment to the times of this legend. 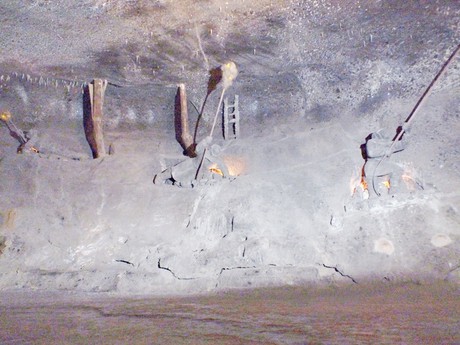 As the name of the Spalone chamber itself (means burned in Polish) suggests, another part of the tour will remind us of a fire that broke out here and destroyed the wooden security. The sculptures of miners show the danger of gas bursting or explosion. 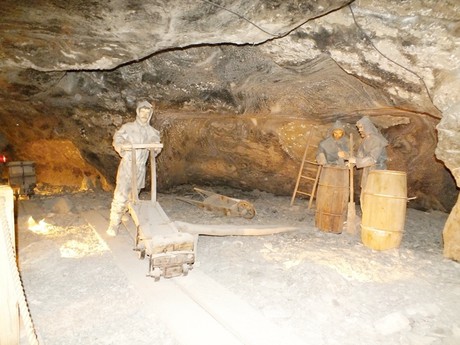 In the first half of the 17th century, salt mining began in Sielec, which was subsequently flooded. It was only in the 19th century that she could be involved in a tour route as a site presenting salt transport facilities. An exception to the transport was not even horses from the 16th century. The latter left the mine in 2002. 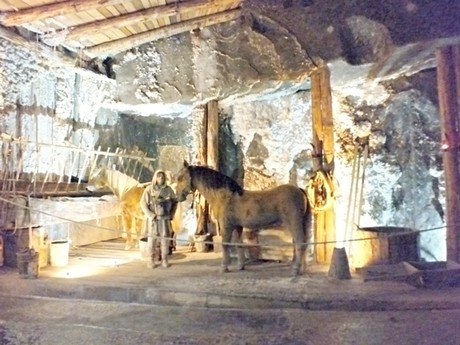 We also meet horses in the next chamber. In its corner, the former horse stable has been renovated. In the center of the chamber is a horsepower traction device that has been used to transport large salt blocks. Kazimír the Great's chamber is named after a king who ordered in 1368 to write the customary rights of local miners. His robust bust has welcomed us at the entrance. The Diorama of the Neolithic Settlement brought us to the ancient times when the population devoted themselves to the production of salt from the salt springs on the surface.
After walking through the first floor, we moved to the second, Markowska brothers floor, which is located at a depth of 90 m. We continue through the Pieskowa Skala chamber, and then we observe the original wooden channels that led the brine into the vats and transported to the surface. 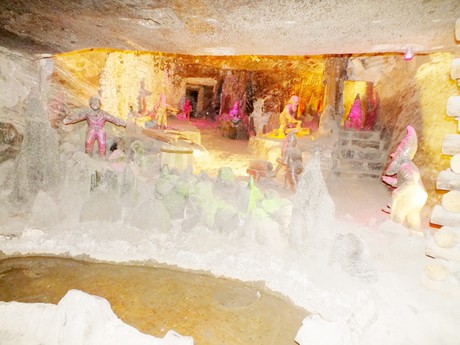 Next, we move through a chamber with a group of small dwarves, miners who guard this mine and help miners. Salty stalactites stick out of the ceiling, music and light effects act as if you were suddenly in a fairy tale. The unusual trip goes so fast that we did not even catch up and have already traveled halfway through. In the knowledge of the other we will continue next week.